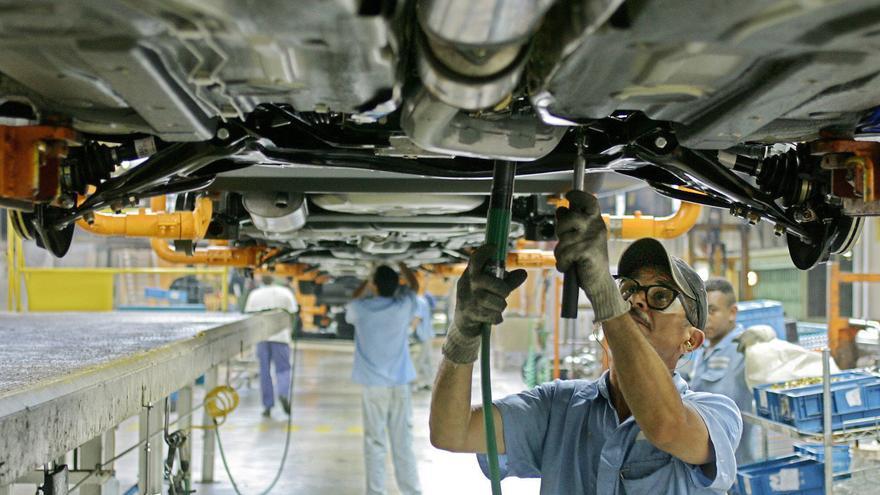 Auto parts manufacturers are one of the main opponents of the European Union’s climate policy. A policy that is already insufficient to achieve emission reduction targets, according to environmental organizations. An InfluenceMap analysis reflects the pressures from the automotive supplier sector to undermine the regulation of road transport emissions in Europe, the increase in the EU’s CO2 reduction objectives and the policies to promote electric vehicles.

The research focuses on Robert Bosch GmbH (Bosch), Europe’s leading automotive supplier, and the European Automotive Suppliers Association (CLEPA), the EU’s leading industry association for car parts manufacturers, and shows how both entities have lobbied in recent months against the European Commission’s proposal for an effective phase-out of internal combustion engine (ICE) vehicles from 2035.

However, the report shows how as of September 2021 the former CEO of Bosch Volkmar Denner appears to drive a change in company strategy, while CLEPA has stood its ground. In any case, Bosch remains a member of the CLEPA management

Analysis of messages from CEOs, social media, position papers and other available information shows how CLEPA and Bosch have tried to curb the European Commission’s plans on electrification as the main driver of emissions reductions from the EU road transport by using narratives in favor of “technology-neutral transport policies” and advocating a greater role for “synthetic fuels” [e-fuels]” in an attempt to slow down the transition away from combustion engine vehicles.

This year, the CO2 emission standards for cars and vans are being negotiated in Brussels as a result of the European Commission’s proposal on vehicles with a combustion engine, which foresees the gradual elimination from 2035 within the Fit for 55 legislative package, which calls for a 55% reduction in CO2 emissions from all cars from 2030 and a target of 100% five years later.

Although the spare parts sector has less economic influence than the car manufacturing sector (employing 0.9 million people in Europe compared to 2.6 million), its influence on the Parliament and the Council of the EU is very significant. Thus, CLEPA and Bosch link the EU’s goal of zero CO2 emissions by 2035 with future high rates of unemployment in the auto parts manufacturing industry.

Indeed, the lobby argues that more than half a million jobs are in danger due to emission regulations based on electric vehicles, according to a PwC study commissioned by the European Association of Automotive Suppliers (Clepa) entitled The Electric Vehicle Transition Impact Assessment 2020-2040.

InfluenceMap’s analysis highlights the auto industry’s distance from the EU’s climate policy agenda and comes after a November 2021 report on major German carmakers found that while Volkswagen has shown growing support for the goal EU’s zero CO2 emissions target by 2035, BMW is leading the lobby against the EU’s green targets among German carmakers.

“Achieving climate-neutral transport is absolutely essential, and we believe this can only be achieved through a mixed technology approach, allowing Europe to transition effectively and efficiently while preserving jobs, competitiveness of the EU and the options and the affordability of the consumer”, Filipa Rio, head of strategic communications at CLEPA, told Euractiv about the report.