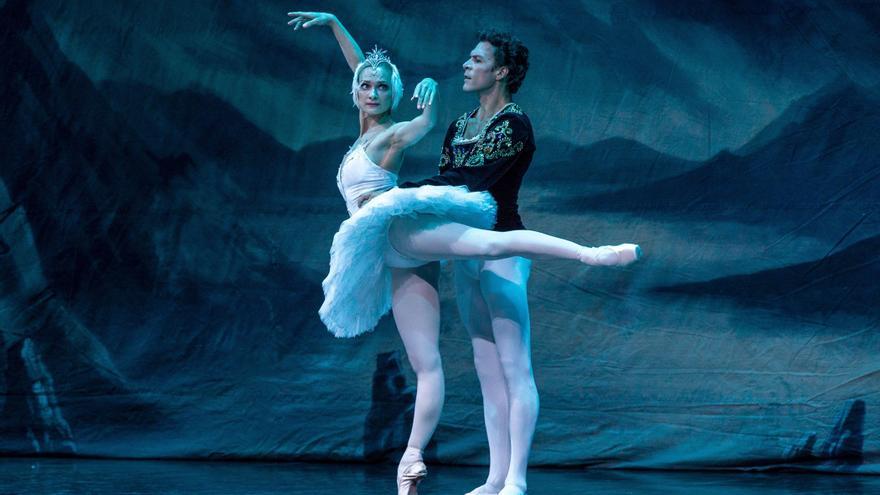 Marbella (Málaga), Jul 23 (EFE) .- The magic of Tchaikovsky's music, The Swan Lake; the careful staging of the Russian ballet at the Saint Petersburg theater and the graceful movements of its prima ballerina, Irina Kolesnikova, were conjured up this Friday to captivate the Starlite audience in Marbella (Malaga).

The show, the only function in Spain of the prestigious Russian company this season, was a reflection of a perfect symbiosis between a stage without a curtain, that of La Cantera de Nagüeles, surrounded by the warm and welcoming stone background of the Malaga mountains and the exquisite simplicity of a dance classic of all time.

Kolesnikova, Odette -the queen of the swans- and Odile -the daughter of the evil sorcerer-; together with Dimitri Akulinin and Sergei Fedorkov and the group of dancers with whom they shared the stage, they performed a masterful performance.

APPLAUSE AND OVATIONS IN THE NIGHT OF MARBELLÍ

The resounding of applause flooded the warm air of the Marbella night on the first break, joined by cheers on the second; and a wide ovation, with the audience standing, at the end of the performance.

The work was performed by a cast of sixty dancers who worked in unison within their own individuality and where a right-handed Kolesnikova, graduated from the "Vaganova Classical Ballet Academy" in Saint Petersburg in 1998, shone with her own light in this adaptation of the masterful work of Tchaikovsky.

The ballet company of the Saint Petersburg Theater, considered one of the most outstanding dance groups in Russia and internationally recognized, carried out a simple but careful staging with colorful and flowing period costumes; just three scenarios and appropriate games of lights that transported the viewer to a distant world full of magic.

THE STRENGTH OF LOVE

Gentle movements in tender moments, accompanied by the right notes; and rougher movements, almost fuss, in the most dramatic situations seasoned by lighting that turned reddish when the queen of the swans, Irina Kolesnikova, felt the danger behind the deception of the prince who swore eternal love to her.

A story of forgiveness and love in the style of fairy tales, with a prince looking for a princess; an evil sorcerer who uses ugly tricks and deceptions to prevent lovers from meeting; and a happy ending where the force of love prevails over anything else.