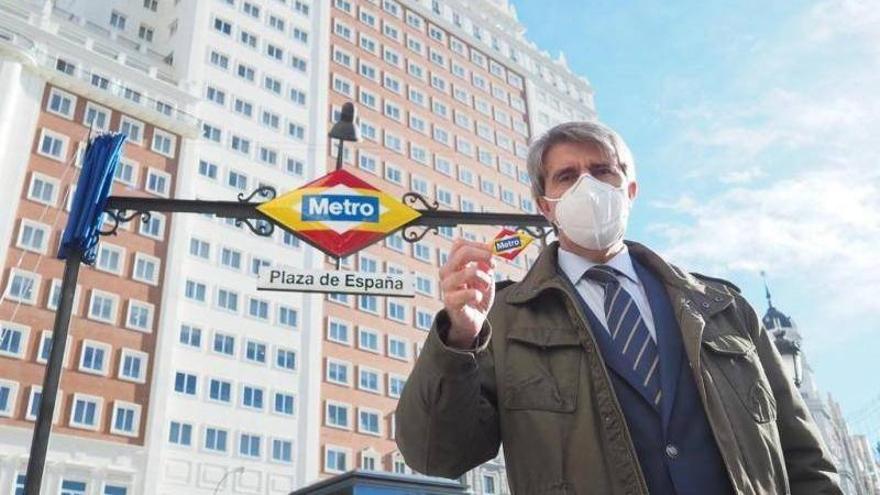 From this Saturday, the diamonds of the Plaza de España Metro station wear the colors of the national flag; an initiative with which the suburban wants to pay tribute to the Spanish Constitution. The Minister of Transport, Mobility and Infrastructures, and President of Metro, Ángel Garrido, has been in charge of presenting this initiative and has highlighted the Magna Carta as “one of the elements of union of Spanish society”.

“We thus remember the effort that our society made to overcome old wounds and walk together with the rest of European democracies,” Garrido said. “In addition, the flag is a symbol that represents us and, when we see it, we know that we are at home,” he added.

However, in social networks the redesign of the station has caused a different reaction, where many have responded to this change by creating memes with ideas for other subway stops. For example, they recommend illustrating the Plaza Elíptica station with an elliptical bike, the Serrano station with ham or the Rey Juan Carlos University station with a Swiss flag.

There are also those who take the opportunity to remember when Ángel Garrido announced the installation of hydroalcoholic gel dispensers in the stations at the end of September, six months after the pandemic broke out. “In September he inaugurated a gel dispenser and now a Spanish flag on the subway signal. Ángel Garrido’s work is impressive. It must be exhausted,” they denounce on Twitter.

This is not the first time that Metro de Madrid has modified its logo at any of the entrances to its stations. Last June, on the occasion of the celebration of LGTBI + Pride, the rhombus of the Chueca station began to be dyed with the colors of the rainbow flag, as a symbol of diversity.

“These diamonds have come to stay because both the fight for equality in diversity and the Constitution that all Spaniards have endowed with to overcome differences deserve to be permanently visible,” the counselor stressed before adding that the Interested travelers will be able to purchase a slightly smaller version of this logo, as well as the Chueca logo, in magnet or keychain format.

Somewhere there’s something you need to read.