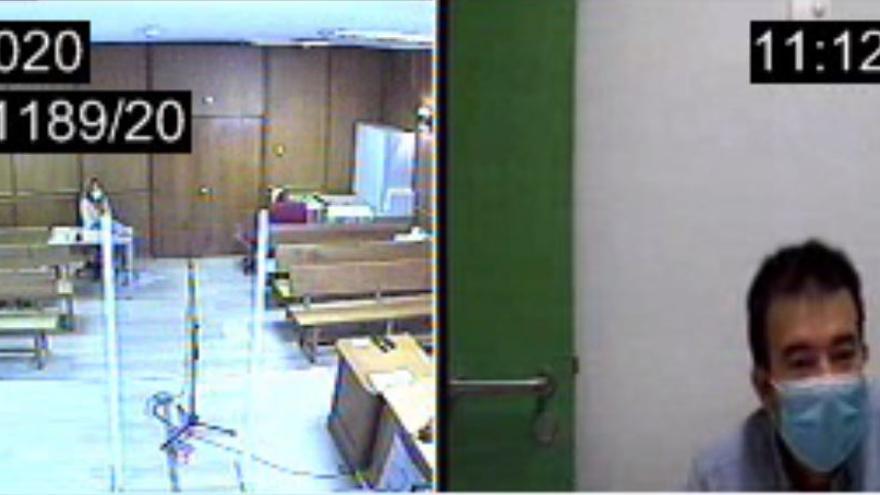 The Provincial Court of Madrid has confirmed the file of the complaint for sexual and labor harassment filed by the lawyer of Podemos Marta Flor against the ex-lawyer of the party José Manuel Calvente.

The Provincial Court has rejected in an order issued on December 18 the appeal filed by Flor, thus ratifying the decision adopted on July 28 by the investigating court number 32 of Madrid, by which Judge Rosa María Freire ordered the provisional dismissal of the complaint filed against him for alleged crimes of sexual and labor harassment, harassment, coercion and injuries.

The Madrid Court has considered that, taking into account the account of the events contained in the complaint, Calvente’s statement and the conversations between the two by WhatsApp, Telegram or emails and other documents involved in the case, “it should be shared the provisional dismissal agreed by the judge ‘a quo’, as the commission of any of the crimes charged has not been incidentally accredited, “according to the excerpts from the order highlighted by the former Podemos lawyer.

Specifically, it has estimated that “in the present case the nuclear element of the type is not reproduced in any way, that is, the defendant’s request to the complainant for ‘a sexual favor'”. “In no way is it clear from the behavior of the defendant that an objective and seriously intimidating, hostile or humiliating situation was provoked in the complainant, producing, of course, divergences in the line of action in any of the legal matters of the team”, has indicated.

The Provincial Court has pointed out that “the contact of both through Telegram and WhatsApp messages that appears in the files was bidirectional, in the case of a friendship relationship and, as the investigating judge refers, of consented trust, the plaintiff recounting some aspects to the defendant personal and showing an attitude towards him of gratitude towards the personal help that he gave him. ”

It has also understood that there is no “causal link” between the alleged harassment attributed to Calvente and the mental injuries that Flor says she suffered, since she maintains that she suffered a picture of anxiety that forced her to be on medical leave between October and December 2019. In the opinion of the Madrid Court, it is “more plausible” that the lawyer’s medical situation was due to “tensions” in the Podemos legal team, which “ended up dismantled,” he recalled.