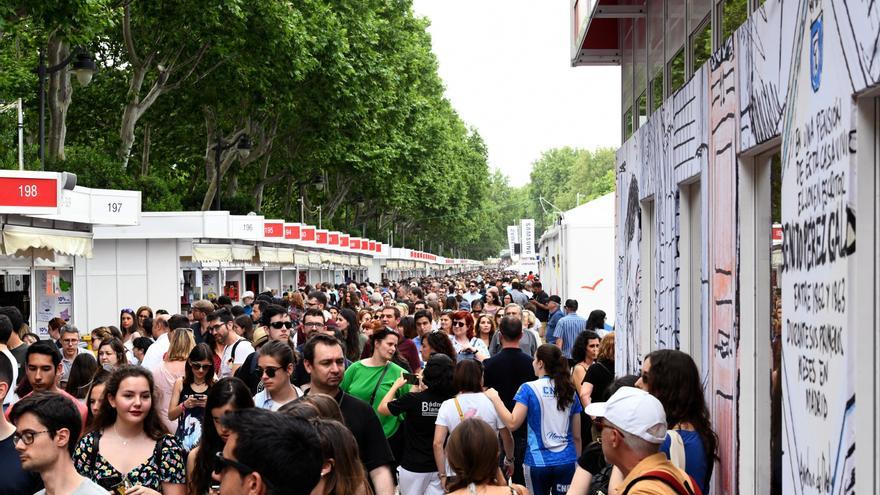 The Madrid Book Fair will not finally celebrate its 2020 edition in the Retiro Park in Madrid, after the organization has decided to suspend the appointment scheduled between October 2 and 18 due to the evolution of the coronavirus pandemic.

This has been indicated to Efe by sources of the organizing committee, which include booksellers, publishers and distributors, who have agreed to suspend the 79th edition after last July it was decided to keep the celebration for October, once they were discarded the initial dates in the first half of June.

In July, the commission considered “inescapable to return to normality for the entire industry” and to maintain its celebration with “strict” security controls following the protocols established to guarantee the health of assemblers, distributors, exhibitors and visitors.

But the director of the Fair, Manuel Gil, also pointed out that the event would only be held if the sprouts were controlled. In an edition for which 400,000 visitors and the same number of booths had been planned as the previous year and in which Colombia was to be the guest country, this was an indispensable condition for its celebration.

In any case, it was contemplated that, in the event of a cancellation of the Book Fair, the money disbursed by the exhibitors for their participation would be returned to them by the Fair.

The delegate for Culture of the Madrid City Council, Andrea Levy, regretted this Tuesday the cancellation of the fair because “the current conditions of the pandemic make it advisable to suspend it” and despite the fact that “all efforts” had been made to celebrate them .

Levy has shown his support for the sector and, in statements sent to journalists, he wished that the 2021 edition would have more visitors, readers and booths and has been convinced that “Madrid will once again be that territory of culture, which it is , with the Book Fair “.

In addition, it has encouraged readers to go to neighborhood bookstores, as also requested by an institutional campaign of the Consistory, and has shown its support for publishers and writers in a moment of “sadness”.

The Regional Minister of Culture, Marta Rivera De la Cruz, has also regretted the cancellation for the first time of the Book Fair, who in statements sent to the media has indicated that “it is the decision of booksellers, publishers and distributors to suspend it” and recalled that the Community supported its celebration by contributing 300,000 euros.

“I deeply regret the cancellation for the first time in its history of this event, as I am sure all those who make up this sector also regret it. The Madrid Book Fair is one of the great cultural events and a national and international reference”, has aggregate.

The other logic of language | Babelia