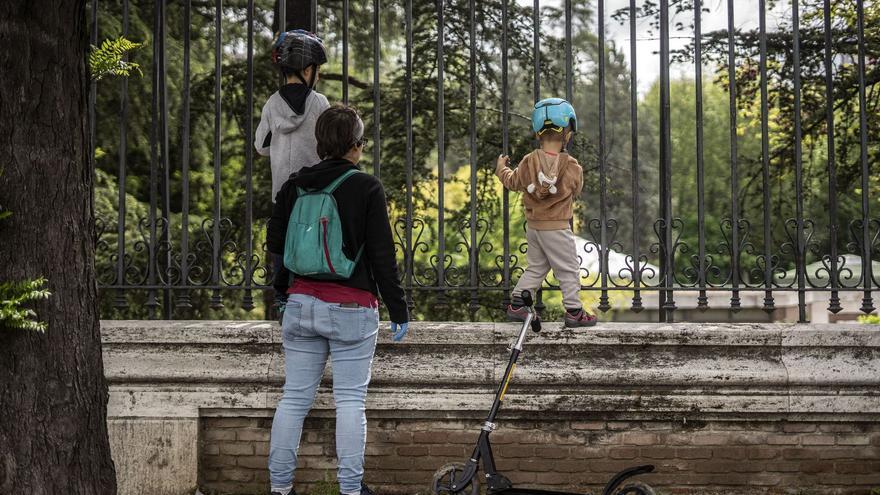 Despite having been discredited by judicial bodies and medical organizations, the so-called Parental Alienation Syndrome (PAS) continues to creep into the courts and also in professional forums. The Madrid Bar Association has decided to suspend a course that it had programmed for its members on April 27, which gave credit to this theory described as “pseudo-scientific” by the General Council of the Judiciary (CGPJ) itself. The training, lasting five hours, and for which the members who wanted to attend were going to pay 65 euros, was called ‘The Parental Alienation Syndrome (SAP) in contentious processes. Fact or myth? ‘ and, according to sources from the institution, it has been decided not to hold it “due to the controversy that this issue raises” and “given the impartiality that the College must maintain.”

The course, which was to be taught online, included as a description that its content would be aimed at “knowing the scope and existence of parental interference and whether PAS is a myth or reality and how to bring it to light in legal proceedings.” And the objective was to carry out a “causal assessment of the rejection in minors to interact with their parents (parental interference versus own reactions to divorce)”.

The suspension of the course occurs at a time when the so-called Parental Alienation Syndrome has come to light strongly for two reasons, one legislative and the other media. The pioneering law for the protection of children Faced with the violence that Congress approved last week by a comfortable majority, it provides in its articles the prohibition of its use, something that the UN Committee on the Rights of the Child requested. And public opinion has come back to talk about it to the thread of the broadcast on television of the documentary series on the life of Rocío Carrasco, in which she narrates the episodes of gender violence of which she accuses her ex-husband, Antonio David Flores, who has not been convicted for it.

In addition to the continuing psychological abuse that she has reported in broadcasts that have supposed audience records, Rocío Jurado’s daughter has also pointed out the father of her children for having “manipulated” the minors against her. The far-right party took advantage of the occasion and deputy Rocío Monasterio tweeted a message in which she stated “today half of Spain has understood what the SAP is.” Immediately afterwards, several experts warned of the confusion and that what Carrasco was reporting was vicarious violence in the context of gender violence and that, on the contrary, PAS is not a recognized clinical diagnosis, it has not been endorsed by scientific organizations such as the American Psychiatric Association or the World Health Organization.

But what is SAP? According to this theory, coined by Richard Gardner in the 1980s, children with SAP are alienated and indoctrinated by one parent against the other in a custody dispute. And he devised it to refer to cases of child sexual abuse, usually reported by mothers. It is precisely in this context, despite the fact that it is not valid, that it is used especially, through sentences that allude to the SAP – or any of its euphemisms – to withdraw custody of women who on many occasions have denounced violence from the father towards children. children.

Veto of the Children’s Law

Lucía Avilés, magistrate and expert on gender violence, explains that the SAP “is an instrument that should not be applied in judicial proceedings” and the General Council of the Judiciary (CGPJ) itself has insisted on this, which qualifies it as “theory pseudo-scientific “and expresses concern that it is used” to blame women for the reasonable fears or anxieties of children towards their violent father. ” Psychology professionals often insist that this does not imply that there cannot be manipulation or “malmeter” by a parent in a divorce context, but Avilés, also a founding member of the Association of Women Judges, believes that the allegations of SAP in a judicial process, which in many cases “is done without calling it that”, is carried out “with the sole purpose of undermining the credibility of women.”

For this reason, the childhood law, which after its approval in Congress continues its processing in the Senate, provides for vetoing its use through an article that does not expressly prohibit it, but does state: “The public powers will take the necessary measures to prevent theoretical approaches or criteria without scientific endorsement that presume interference or adult manipulation, such as the so-called parental alienation syndrome, from being taken into consideration “. Avilés explains that “in some regional legislation” such as the Catalan one, it is even “defined as institutional violence” against women.

Although the PAS is usually spoken of as an alleged influence of the parents, its use as a strategy in the courts “is directed in practice against the mothers,” says the judge, because “it is based on the stereotype of a lying or manipulative woman with the objective of avoiding the evidence that there may be of this rejection of the children to the father “. And this has also been accredited by both the CGPJ and the General Council of Social Work, that last year was pronounced for the first time officially with a forceful position in which he warned of a “growing phenomenon” of change of custody of minors through the courts under “this supposed syndrome.”

For this reason, he asked the social worker associations in Spain to focus “on the best interests of the minor” and analyze each specific case “in depth” because reports from psychosocial teams, Family Meeting Points (PEF) are being detected. or from childcare centers and social services “that are also using this false syndrome to assess situations of parental conflict.” And “curiously”, continued the highest body of social workers, “there is a strong prevalence of enforcement in cases of gender violence, mistreatment and abuse of minors.”