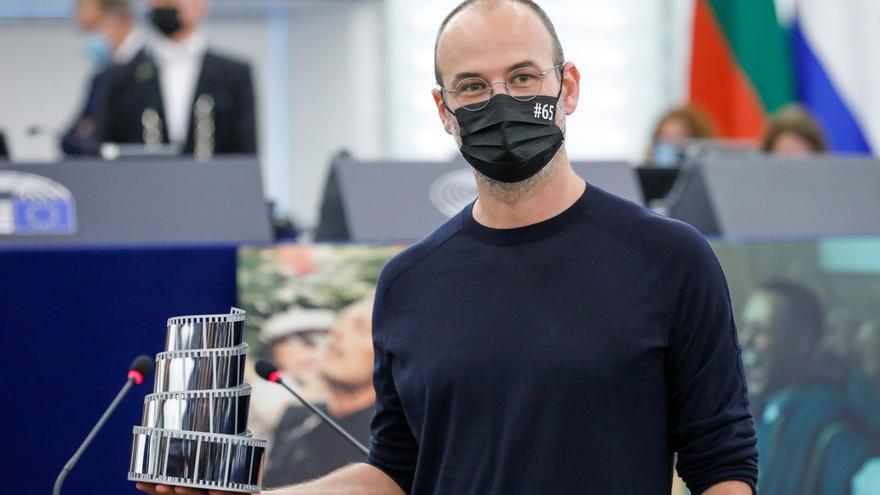 Strasbourg (France), Jun 9 (EFE) .- Romanian director Alexander Nanau won the LUX 2021 audience award on Wednesday for his documentary film "Collective", a "search for truth" in tribute to the victims of the fire of a disco in 2015 in Bucharest and based on investigative journalism against corruption.

In his speech when collecting the award, the filmmaker ugly that there is still "no culprit" of the fire in which 64 people died and reminded the victims and their families, to whom "justice has not yet been done."

Nanau honored "the courage" of ordinary citizens who "changed the course" of Romanian society, as well as independent journalists who informed the public of the "real state of the Romanian health system", who "lied" and "did not he was able to heal the patients ”, whose wounds if they had been well healed would have healed.

"Collective" outlines "a changing Romanian society," explained the director in a previous interview with Efe, and aims to make people understand "how corrupt power works in Romania."

He assured that the reaction of the Government of Romania to the premiere of the feature film was to "remain silent" as did the main media in the country, "very close to power", despite being the first Romanian film to be nominated for the Oscars.

The documentary follows the investigations of the journalist Catalin Tolontan, present at the ceremony, after the nightclub fire, who uncovered a political and health care fraud that "shook the whole of Europe," said the President of the European Parliament, David Sassoli, at present in the plenary session of Strasbourg the award, which this year for the first time jointly awarded by the European Chamber and the European Film Academy.

"It is an extraordinary testimony of the extent to which investigative journalism, independence and freedom of expression in the press are important," said Sassoli, who served as a journalist before making the leap into politics.

The second runner-up was "Corpus Christi" by Jan Komasa, a portrait of the spiritual quest of a young man with a criminal record posing as a priest in a small Polish town.

Its protagonist, Bartosz Bieleni, congratulated the winner because "it gives strength to people who fight for important causes and restores faith in the documentary genre."

The interpreter took advantage of his speech to remember the "30,500 people" in Belarus who are "tortured", the 646 imprisoned "for their political activity" and the thirteen people murdered in 2020, and uttered several heartrending cries to honor "all the broken families ”.

The third prize went to the Danish film “Otra Ronda”, by Thomas Vinterberg, crowned at the Oscars as best foreign film at the 93rd edition of those awards.

Producer Kasper Dissing Nielsen attended on behalf of the film and highlighted the "privileged" European financing system, without which "it would not be possible to make European stories", as it prevents productions from being "subject to commercialism".

“Another Round” is a bittersweet comedy starring Mas Mikkelsen that follows four high school teachers willing to test the theory that people would be more energetic and happier if they maintained a constant percentage of alcohol in their blood.

In a meeting with Efe, Nielsen claimed that the film goes beyond the relationship with drinking and sends a message to the viewer that "try to live your life instead of letting the day to day take over."

The LUX Awards recognize European cinema and give wide visibility to the nominated films by translating them into the 24 official languages ​​of the Union, while adapting them for deaf or disabled people in order to reach the largest number of viewers. .

This year they were, for the first time, chosen halfway between the European public and MEPs.