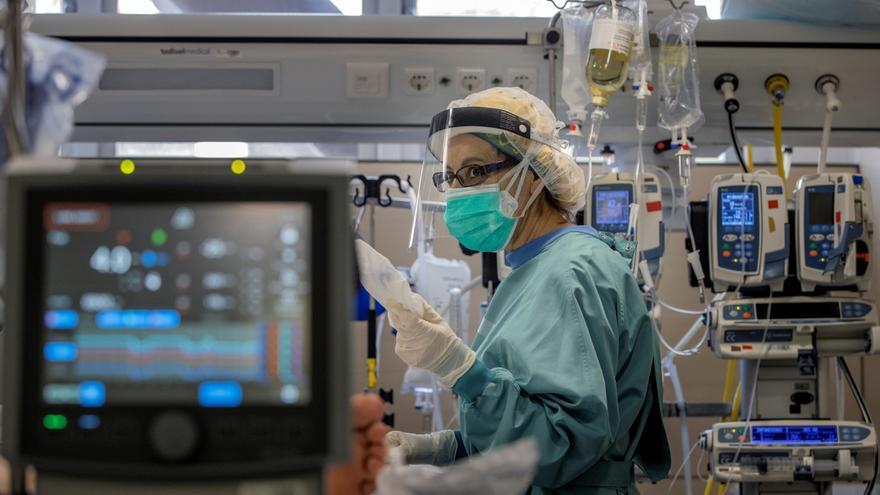 The Ministry of Health has notified 29,960 new cases of coronavirus this Thursday, of which 11,388 have been diagnosed in the last 24 hours. This is a further decline, after a small rebound of 31,596 new cases was reported yesterday. In total, since the beginning of the pandemic, 2,913,425 people confirmed by test have been infected in Spain.

Regarding the autonomous communities, Andalusia is the one with the most contagions, with 6,731 new positives; Catalunya follows, with 5,893 cases; the Valencian Community, with 4,818, and Madrid, which reports 4,199.

Regarding the deceased, the authorities have reported 432 deaths in the last day, it is also a figure inside that of yesterday, which was 565. In total, 60,802 people have died in Spain, 1,883 of them in the last seven days.

More than half a million Spaniards are immunized

Currently 586,122 people already have complete immunity after having received the two doses of the vaccine, which represents 31.42% of the doses administered, which are 1,865,342 in total. The speed of dose administration has increased in recent days: last Thursday the rate was 41,000 daily doses, while today we are going for 67,000.

The community with the most advanced immunization continues to be Asturias, as it is the one with the highest percentage of people who have received the two doses of the vaccine necessary for its effectiveness (2.52%). On the opposite side of the table, the Balearic Islands (0.65%) and Madrid (0.73%) are the most lagging communities (both with 0.7%) when it comes to administering the double dose.

To date, 84.1% of the vaccines received have been administered in Spain, which translates into 1,865,342 injections, according to data from the Ministry of Health.

Regarding the percentage of vaccines that the regions have administered compared to those received, the autonomous cities of Melilla top the list (109.3%), which exceeds 100% because it has been able to obtain six doses per vial instead of five , as recommended by the health authorities, and Ceuta (96.5%).

This is how the vaccination rate evolves in Spain

Evolution of
number of new doses of the Covid-19 vaccine administered in Spain. Figures are displayed by notification date

More than a month after the Christmas holidays, we continue to suffer the consequences of the relaxation of restrictions in the autonomous communities, this Tuesday the incidence peaked with extreme data in practically the entire territory. The third wave has reached record figures and contagion rates much higher than those registered in October and November in a large part of the municipalities. The current situation has led almost all the communities to tighten the restrictions in force to try to put a stop to the third wave of the pandemic. Among the new measures, new perimeter closures have been established, meetings have been limited, curfews have been advanced and new hours have been set for commerce and hotels.