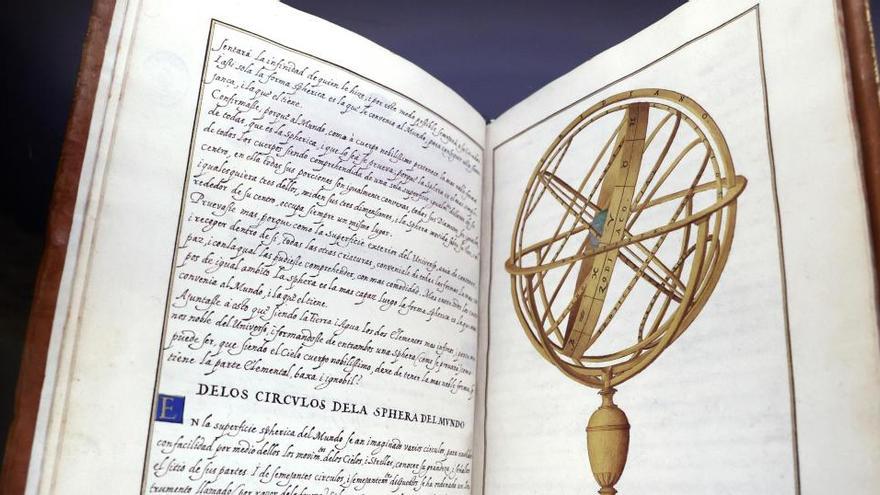 Madrid was the “capital of technical and scientific knowledge of the Golden Age”, a time when Leonardo da Vinci’s codices arrived in the capital, whose history forms the backbone of the exhibition ‘Ingenuity at the service of power. The codices of Leonardo da Vinci in the court of the Austrias’, which was inaugurated this Monday at the Royal Academy of Fine Arts of San Fernando.

“The common thread of this exhibition is a story that is little known and that is worth discovering; how at the end of the 16th century almost everything that Leonardo Da Vinci wrote arrived in Madrid “ tells Efe Magoga Piñas, one of the curators of the exhibition during its inauguration, which was attended by the Minister of Culture and Tourism, Marta Rivera de la Cruz.

Under the name ‘Ingenuity at the service of power. The codices of Leonardo da Vinci in the court of the Austrias’, the General Directorate of Cultural Heritage of the Ministry of Culture and Tourism of the Community of Madrid, in collaboration with the Royal Academy of Fine Arts of San Fernando, where the shows, organize this exhibition available until May 16, recovering the “little known Spanish Golden Age of science and technology”.

A century in which Madrid was positioned as the “capital of technical and scientific knowledge” and in which “great projects of architecture and civil initiative” took place, in addition to hosting the renowned Leonardo da Vinci codices, brought by the Milanese architect Pompeo Leoni at the end of the 16th century, and coinciding with the stay in Madrid of the “elite of the engineers of the time “, to whom it could have served as” inspiration “.

“Pompeo Leoni brought the codices to Madrid, and although the exact number is unknown, they could have been close to twenty. When he died, his heirs dispersed them, but almost all the documentation on machinery that we have seen throughout history created by da Vinci was here some day “, the curator details about the codices, highlighting the importance of preserving two of the originals, the “Madrid I-II codices”, in the National Library of Madrid.

The exhibition, according to Piña detail, answers the question of why the codices arrived in the capital; “the codices arrived in Madrid because it was the center of Europe’s technology “, he remarks. There, renowned engineers were able to read them, giving rise to “indications that suggest that many works were inspired by their content,” he explains, adding that the exhibition “may help other researchers” to continue investigating.

With the presence of these manuscripts by Leonardo da Vinci in the Madrid of the great engineers, the exhibition proposes a tour of the technology of this part of the story, whose content is divided into six blocks, which contain from theoretical books to hydraulic projects or the project of the work of the Monastery of San Lorenzo de El Escorial.

“It is a multidisciplinary exhibition that tells a story”, Piñas reels on the content, which include pieces such as ‘The twenty-one books of the mills and machines’ -technical publication with measurement systems and hydraulic devices of the time-, scientific instruments used during these centuries, or two sculptures attributed to Pompeo Leoni.

This sample of objects composed “exclusively by original content” is complemented by a digital montage, which recreates in 3D copies made from the 16th to the 18th century, such as the study of the fight of a lion with a dragon, a renowned work by da Vinci belonging to the volumes of the Valparaíso collection and which “could be the oldest copy ever preserves the lost original “.

With pieces gathered thanks to the collaboration of more than twenty institutions, including the Prado Museum, the National Archaeological Museum, the San Fernando Royal Academy of Fine Arts or the Turin Library, among others, the exhibition invites you to do this “travel in time” knowing the technological discoveries of the time.

Nicolás García Tapias, Elisa Ruiz, Daniel Crespo, Almudena Pérez de Tudela, Mariano Esteban Piñeiro, Magoga Piñas, and Almudena Palancar make up the multidisciplinary group of curators of the exhibition, experts in areas such as engineering, mathematics or history that give rise to to this exhibition that brings the technological advances of the time closer to the viewer.