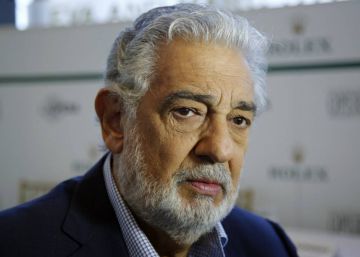 The lawyer hired by the Los Angeles Opera to investigate accusations of sexual harassment against Placido Domingo He has invited the employees of the institution, who directs the tenor since 2003, to share their experiences about him, according to the newspaper Los Angeles Times. Attorney Debra Wong Yang He sent an email to the workers to introduce themselves and invite anyone who wishes to request an interview with her. According to this newspaper, the cultural organization will prohibit "any kind of retaliation" against people who "participate in good faith."

"As part of our investigation, we intend to speak with many current and former employees and contractors of the Los Angeles Opera," says the message, sent Monday. "While we can contact you directly to request an interview, it is very important for us that anyone who wants to speak has the opportunity to do so," said the lawyer, from the Gibson law firm, Dunn & Crutche. Wong Yang has extensive experience and has participated in several investigations high level. He was a local judge in Los Angeles and a state judge in California, according to his curriculum. In 2002 she was the first Asian woman to be named federal prosecutor, at the proposal of President George W. Bush.

For their part, the representatives of Domingo referred to the same words they shared a couple of weeks ago when 11 women, who claim to have worked with the Spanish tenor, accused him in a report from the prestigious Associated Press agency of sexual harassment and abuse of power, thus adding to nine others who had done it in mid-August in the same medium.

"The current campaign … to denigrate Placido Domingo is not only inaccurate, but contrary to ethics. These new accusations are plagued with inconsistencies and, as in the first story, they are simply incorrect in many respects," he said then. its spokesman, Nancy Seltzer, who declined to comment further on the ongoing investigation.

Precisely, this new communication came after last Saturday the Los Angeles Opera opened its new season with the show La Bohème, of Giacomo Puccini, in which there was no trace or explicit references to Domingo, but no protests were organized.

The next appointment of the tenor is the next day 25 at the New York Metropolitan Opera, an institution that awaits the results of the investigation on the behavior of Sunday to make a decision about its presence in the programming.