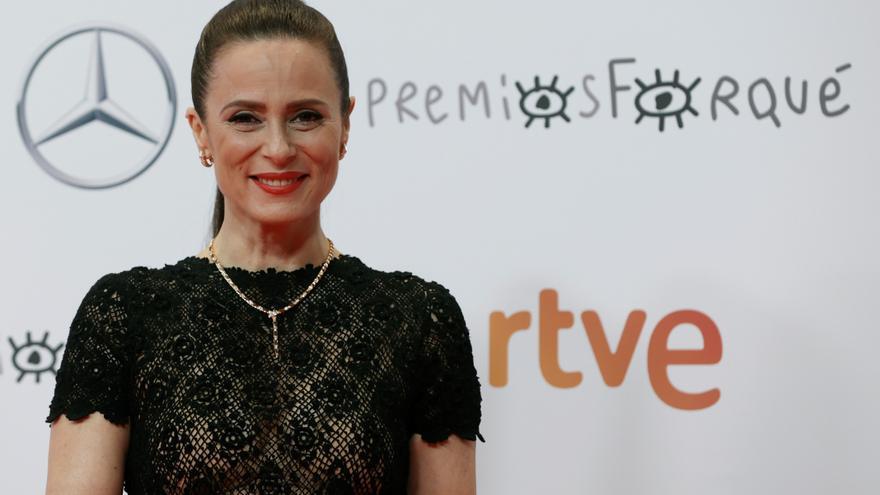 Madrid, Feb 14 (EFE) .- Aitana Sánchez-Gijón and Milena Smit are the last two actresses to join the extensive list of “Almodóvar girls” to participate in “Parallel Mothers”, the twenty-second feature film by Pedro Almodóvar, whose shooting The premiere of his first short film in English “The Human Voice” will start in March, still recently, starring also an actress, Tilda Swinton.

Sánchez-Gijón makes his debut with Almodóvar after having worked on almost fifty films with such renowned directors as Gonzalo Suárez, Bigas Luna, Imanol Uribe, Jaime Chavarri, Juan José Campanella or Luis Puenzo, while Smit does so with only one film, “You will not kill” (David Victori, 2020), but that has served to obtain his first nomination for the Goya awards as best new actress.

With these two actresses, there are already more than 60 who make up a list that has not stopped growing since Isabel Mestres starred in one of her first short films, “Salomé” (1978), and without counting two more women on the way having worked four uninterrupted decades with Pedro Almodóvar, the García sisters: Lola García, the director’s personal secretary, and her sister Esther, the renowned production director of El Deseo.

The question that everyone asks is: what requirements does the director demand to be an “Almodóvar girl”. Critics and scholars of the filmmaker’s work do not have a unanimous answer, although there is a coincidence in stating that the chosen actress is not necessarily pretty or elegant, but rather frivolous and somewhat eccentric.

In addition, he must seduce the camera, fill the screen with his character and enchant the viewer with his self-confidence and ambiguity.

Carmen Maura (Madrid, 1945) testified to many of those innate characteristics in her from her first role in “Pepi, Luci, Bom and other girls from the crowd” (1980), where other “classics” such as Kiti Manver, Cecilia Roth, Julieta Serrano and Assumpta Serna, and that led him to be considered his muse during the eighties.

Maura and Almodóvar consecutively chained “Entre tinieblas” (1983), “What have I done to deserve this?” (1984), “Matador” (1986), “The law of desire” (1987) and the acclaimed “Women on the verge of a nervous breakdown” (1988), in which the relationship was broken on the same carpet of the Oscar, where the director arrived accompanied by another of his muses, Bibiana Fernández, present in four of his films, but not in “Mujeres…”, while Carmen Maura did it alone.

Both would meet again 18 years later in another acclaimed, multi-award winning and premonitory title, “Volver” (2006), but nothing would be the same between them because the director had reserved the place of honor for Penélope Cruz (Madrid, 1974), to the one he had directed for the first time in “Carne tremula” (1997), and with which he turned to get a double nomination for the Oscars and the Golden Globes for his role as Raimunda.

With “Parallel Mothers”, where Penélope Cruz will share the bill with Sánchez-Gijón and Smit, the Madrid actress will add her seventh film with the La Mancha filmmaker, after the premiere of “Dolor y Gloria” (2019).

Although in a matter of more or less outstanding appearances, the largest number is monopolized by Chus Lampreave (Madrid, 1930-2016) with eight films, and Cecilia Roth (Buenos Aires, 1956), with seven. Roth was the soul of “Todo sobre mi madre” (1999), which earned her her second Goya, being distinguished as best European actress and contributing to the Oscar that the film received for the best film in a non-English language.

From Lampreave, his phrase is already in the annals of Spanish cinema: “I’m sorry, sir, but I’m a Jehovah’s witness and my religion forbids me to lie”, which he launched from his goal in “Women on the Verge of a Nervous Breakdown”, and the no less solemn: “The bad thing is not that they rape you, it is that you have to tell everyone”, which he downloaded in “Matador” (1986).

The interpretive elegance of Marisa Paredes, in six Almodóvar films, the artistic resolution of the duet Lola Dueñas and Blanca Portillo, who coincided in “Volver” and “Los abrazos rotos” (2009), the everlasting Rossy de Palma, with eight brief roles if we add the one that will have in “Parallel Mothers”, or the faithful and effective Julieta Serrano, who will reach seven performances with the director by also participating in the next film, they extend that catalog of actresses.

“Chica Almodóvar” is also synonymous with success. To some of the cited examples we can add others such as Victoria Abril, Feroz de Honor 2021, brilliant in “Átame” and muse of Almodóvar in the early 90’s or Elena Anaya, who fascinated the director in “La piel que habito” , with which he placed a Goya in their showcases.

Ángela Molina, Carmen Machi, Emma Suárez, Loles León, Verónica Forqué, Blanca Suárez, Adriana Ugarte and so on and so on make up this feminine universe of Pedro Almodóvar, who in 2006 received recognition at the Cannes Festival for this unique and personal work of directing women, by awarding the six protagonists of “Volver” with the award for the best female performance.