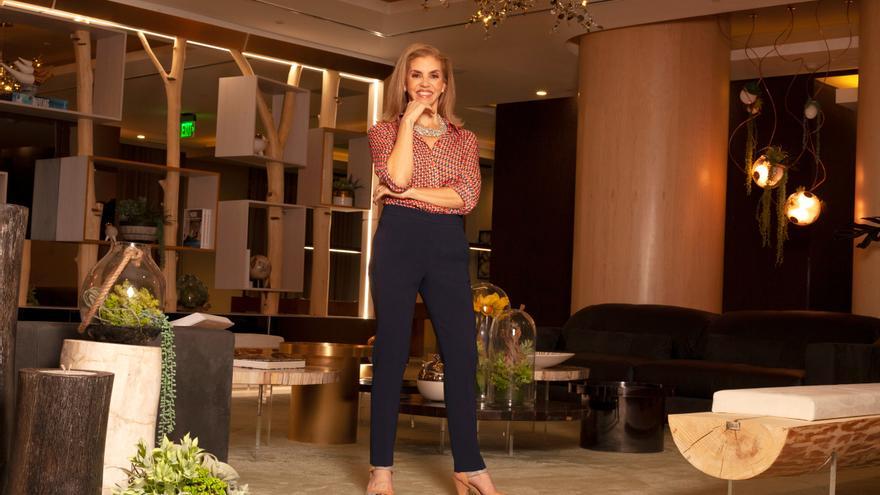 Miami, Sep 16 (EFE) .- The confinement and other preventive measures due to the covid-19 pandemic were a great setback for the music industry, but they showed the “real artists”, who launched themselves to explore new creative veins, Leila Cobo, Billboard’s head of Latin music, tells EFE.

In the absence of seven days for the delivery of the Billboard Latin Music Awards in Miami, the Hispanic executive highlighted that some artists were successful in the tests involved in acoustic shows and broadcast via “streaming” and mentioned that in cases such as those of Ricardo Arjona or Ricardo Montaner were even successful in selling tickets.

“They could have their moment, stay current,” the Colombian deepened, who nevertheless specified that, as in other industries, in monetary terms the confinement was “a blow” for artists and the sector.

Cobo said that “the ‘live streams’ are a business model that is not firm” and hence the positive of the return of the tours, to which the Latin artists have turned with “more impetus”, with the Colombian Maluma among the first to announce his return to the stage.

“It is super terrific for the industry, and at the same time it is a challenge to see how (the tours) go with covid protocols,” he said.

Both the Latin Music Week, which will take place from Monday, September 20, and the annual awards gala, on the 23 of that month, will be held in person and with all preventive measures due to the pandemic.

THE STATE OF LATIN MUSIC

The forum that will run until September 24 includes live performances by stars such as Karol G, Daddy Yankee, Nicky Jam, as well as panels around new trends in Latin music, motherhood and stardom in the case of Natti Natasha, or the evolution of the Mexican regional genre, among others.

The executive also referred to the panel “Cultura Clash” on social justice, which will be moderated by AJ Ramos and in which the Cuban Yotuel Romero will speak to talk about the SOS Cuba movement, promoted by the song “Patria y Vida”, and the protests on the island on July 11.

The Colombian Gloria “Goyo” Martínez, from the ChocQuibTown group, will also be part of it to talk about Afro-Latin artists, and the Puerto Rican Kany García, who will address the rights of the LGBTQ community.

“In the last two years is when Latino artists have begun to express their sexual orientation,” Cobo said about the recent changes in the Latino world that have allowed artists such as Raymix, Estemán, Johnny Caz and Erica Vidrio to “come out of the closet”. , who at the event will be part of the panel “Coming Out Latin”.

The above is a sample of the prominence of the urban genre within Latin music and that has allowed it to “explode around the world”, as the executive said, who recalled that reggaeton singers are the ones who top the playlists ( “playlists”) of music in Spanish on the main platforms.

“Reggaeton and urban music is the most consumed right now,” Cobo said.

He advocated “seizing the moment” and letting urban music serve as a header for the rest of Latin rhythms and for all of them to expand their diffusion. “If one goes up, we all go up,” he said.

The “everest” of the recent explosion of Latin music was undoubtedly “Despacito”, the ‘megahit’ performed by Luis Fonsi and Daddy Yankee, which Justin Bieber later got on to crown his rise as a global phenomenon that, in the opinion of Cobo, his immediate antecedent may be “La Macarena”, by the Spanish duo Los Del Río.

“It was one of those unusual things, it is not something we can expect again,” reflected the executive, who in her book “Decoding Despacito”, a study on the greatest hits of Latin music, analyzed all the factors that coincided to catapult the song.

“The Universal label did a good job, they planned it very well,” he said.

Precisely, the Puerto Rican singer Daddy Yankee, nicknamed the King of Reggaeton, will be honored on September 23 with the Billboard Hall of Fame award for his career and his influence as a global artist in multiple fields.

Yankee will sing his new hit, “Métele al perreo”, during the Billboard Latin Music Awards gala, which will take place that day at the Watsco Center in Coral Gables (Miami-Dade) and will be broadcast live on Telemundo.