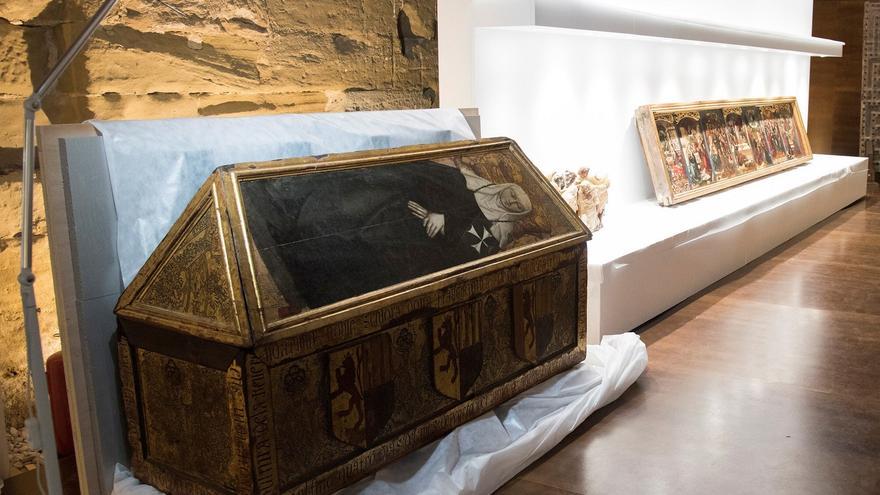 Lleida, Feb 15 (EFE) .- The Lleida Museum Consortium has agreed to deliver this Monday a part of the works that are in deposit, recognized by both the Lleida and Barbastro bishoprics, and which are part of the 111 claimed by the Strip.

The Consortium has announced its decision through a statement on the day on which the deadline given by the Superior Court of Justice of Aragon (TSJA) to deliver the works in dispute expires, and a delivery plan will be presented in the coming days for the rest.

In this sense, they ensure that the resolution of the tender for handling, packaging and transfer of the works by the company awarded the tender called by the Museum of Lleida will be taken into account.

Beyond this will on the part of the Bishopric of Lleida as the owner of the works to hand them over to the judicial bodies, the Consortium laments and "denounces" the "evident instrumentalization of the TSJA - Superior Court of Justice of Aragon - for the unresolved contradictions and the defenselessness that this supposes for the consortium administrations ”.

Specifically, they refer to the fact that the judge accepted on February 12 the appeal of the Generalitat de Catalunya to appear as a party in the case and, therefore, gave her five days to present allegations, that is, until February 18.

Faced with this decision, on the same day 12 the TSJA sent an informative note stating that the deadline for delivering the works would be set again once the judge ruled on the Generalitat's allegations.

However, that same afternoon the TSJA issued a "clarifying note" contradicting the previous one and indicating that the deadline for delivery of the works had not been suspended.

For this reason, yesterday Sunday the plenary session of the Lleida Museum Consortium met in an extraordinary way and, after deciding to deliver part of the works today, they also wanted to show their "defenselessness" in the face of the informative and "contradictory" notes of the TSJA before a execution “still in the allegations period”.