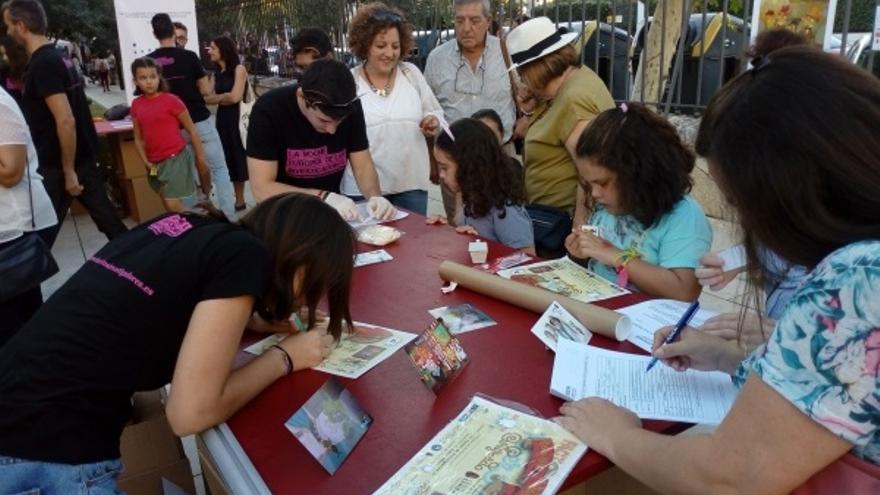 Baby teeth, deciduous or temporary, are destined to have a short-lived life in the mouth of most children. They appear around 6-8 months after birth and begin to fall out from 5-6 years of age, pushed by the permanent teeth.

This process, almost universal (some people can keep part or all of their milk teeth), has been occurring in our species and ancestors for millions and millions of years. The growth of the jaw throughout childhood requires the presence of more teeth with a larger size, so the 20 temporary teeth gradually fall to make way for the 32 permanent teeth.

The loss of milk teeth marks a time in the growth of children and in various cultures such as Spanish, French, Italian or Latin American mythology establishes that a mouse is in charge of collecting said teeth in exchange for a small present. In Spain and since the end of the 19th century, the protagonist of this stage is the Ratoncito Pérez, who collects the dental pieces that infants usually leave under the pillow for mysterious purposes.

Since 2014, however, the collector’s interest of the famous mouse is more transparent and useful than ever. In this year, the Ratón Pérez Collection project began, an initiative of the Dental Anthropology Group of the National Center for Research on Human Evolution (CENIEH), in Burgos, and of the Scientific Culture and Innovation Unit (UCC + i) that seeks the collection of milk teeth for various scientific purposes, ranging from the study of human evolution to forensic and dental analysis.

Every year since 2014, CENIEH has organized campaigns for children to donate their fallen baby teeth in exchange for a toothbrush, a ticket for a visit to the Casa Museo del Ratón Pérez (in Madrid) and a diploma for collaborating with The science. This year, they can also participate in a raffle to attend the Pérez Mouse workshop, which explains the function of teeth and what is the purpose of the collection for scientists.

Before the delivery of the teeth, it is necessary to complete a form with various personal and biological data of the children and their family (sex, current age and age when the tooth fell out, type of breastfeeding and origin of their parents and grandparents, among other details). In addition, parents must sign a consent in which they are informed about the use that these pieces will receive (anonymity and confidentiality are ensured). The collection already includes more than 3,000 dental pieces thanks to hundreds of donors and the objective is to expand it throughout the national territory and to other countries such as Argentina and Australia.

The characteristics of the initiative have recently been made known to the international scientific community through the journal American Journal of Physical Anthropology, The main idea is that scientists from anywhere in the world and from various disciplines such as archeology, forensic anthropology, oral and dental medicine or paleoanthropology can access in person or virtually the data of this large collection of teeth of children born during the 21st century for their own studies.

The donors of the dental pieces are girls and boys between 2 and 15 years old, mainly from Spain, although there are also a small number of kids of other nationalities. As soon as the teeth are received at the CENIEH, they are processed in the same way as fossil remains to preserve them in adequate conditions. The specialists clean the teeth of organic remains with a mixture of purified water and methanol and once they are dry, a diluted resin is applied to them, which solidifies to guarantee their conservation. After this step, the teeth are stored labeled in bags inside boxes located in a storage room with a relative humidity of 50% and at 20ºC.

Of the more than 3,000 teeth received, the researchers have scanned around 800 with a micrometer-resolution computed tomography device. Through X-rays, this machine can acquire in extreme detail the exterior and interior 3D morphology of the teeth and the visualization of the enamel and dentin (tissue under the enamel) without having to destroy them.

Most scientific studies tend to use permanent teeth, due to the limited number of deciduous teeth available in collections. The main purpose of this collection of milk teeth is to expand knowledge in this matter by allowing various investigations to be carried out with these teeth. An example is the analysis of different characteristics of deciduous teeth and their relationship with pregnancy, breastfeeding or artificial feeding or the place of residence. Better understanding of the development of these teeth could also help to more accurately estimate sex and age from remains with these pieces.

One of the objectives is to find out if milk teeth have different characteristics according to sex (sexual dimorphism), something that is present in permanent teeth. Another purpose is to compare the characteristics of current milk teeth with those of hominids of the past or with other current animal species. In this sense, the CENIEH scientists have already used their collection to compare their data with the milk teeth of the Homo antecessor.

They cross the Atlantic and settle in Vigo pushed by homophobia