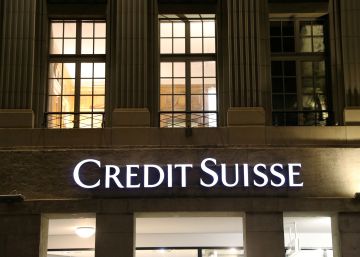 Nomura and Credit Suisse warned on Monday that they could take considerable losses from the hasty sale of assets to undo positions after the defaults of the US hedge fund Archegos. It would have been forced to a huge liquidation of positions in its portfolio of investees due to the sharp falls recorded in some of them, as it did not have more guarantees to cover the investment risk.

Last Friday, Goldman Sachs called the hedge fund led by Bill Hwang and ordered the liquidation of its assets. So did Morgan Stanley and Deutsche Bank, anticipating Nomura and Credit Suisse. According to sources cited by the Wall Street Journal, the asset liquidation would be around 30,000 million dollars and would have put a large number of lots of shares on the market, increasing the volatility of the stock market since Friday.

The Japanese firm indicated that one of its subsidiaries in the United States could register “a significant loss derived from transactions with a US client” to which it claims some 2,000 million dollars (1,697 million euros), although this figure is subject to change depending on the result of position liquidation and fluctuations in market prices. Nomura shares tumbled 16.33% on Monday on the Tokyo Stock Exchange.

For its part, Credit Suisse warned that the failure of the US hedge fund to comply with the required margin call (margin call) forced banks to divest themselves of these positions. “While it is premature at this time to quantify the exact amount of loss resulting from this exit, it could be very important and material to our first quarter results, despite the positive trends announced in our trade release earlier this month.” , recognized the Swiss entity.

According to the Financial Times newspaper, the estimated losses for the Swiss entity would be between 3,000 and 4,000 million dollars (2,546 and 3,396 million euros) and would be limited to its New York broker, not affecting its wealth management division.

The Swiss entity left 13.8% on the stock market this Monday, also weighing down other firms such as UBS and Deutsche Bank, which fell 3.9% and 3.3%, respectively. The hedge fund Archegos had a great exposure to ViacomCBS, Discovery and several Chinese technology companies such as Baidu or Tencent through ADR and was affected by the sharp falls in the US group during the past week. Archegos reportedly used swaps and contracts for differences (CFDs) to build its exposure to companies without having to disclose it to the US market supervisor, the SEC.

The liquidation of the Archegos holdings has put excessive risk-taking and its impact on the market back into focus.