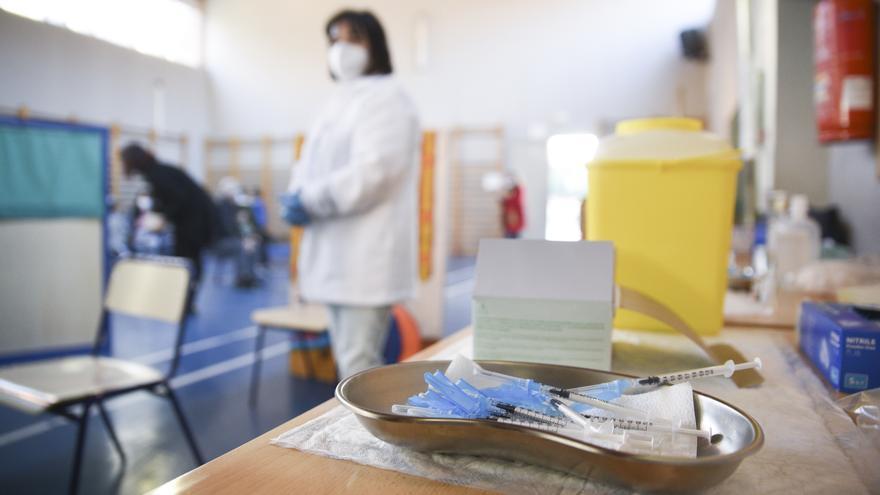 Vaccines have two main functions. The first is to prevent the direct entry of viruses into our cells and thus prevent them from reproducing in the body. The second is to prevent that, once infected, the case ends up being serious. Ómicron has put on the table the effectiveness of vaccines around the first function, that of closing the doors to infection. Not so the second part: in the most contagious wave of the pandemic, hospitalization and death data are well below what happened a year ago. That the hospitals are not overwhelmed and that, in most cases, the viral process is mild is thanks to the injections against COVID-19. The role of booster vaccines is essential to continue fighting the virus with a strategy that is known to work, that of building up immunity, but it is not known how long it will continue. This Thursday, Health and the communities approved give the third dose to everyone over 18 years of age.

Immunity can be built up through vaccinations or by passing the infection. After this sixth wave, hundreds of thousands of people in Spain will have hybrid immunity, that is, the one that is generated after having received the complete schedule of the vaccine and having had coronavirus. "Each memory process of immunity improves what we have and makes the response much faster and more powerful," explains the researcher at the National Center for Biotechnology (CSIC-UAMC) and co-director of the coronavirus group Isabel Sola.

"The only difference -continues the biologist- is that what enters the infection is the virus and the virus has many strange things that are going to activate many more cells" than with the vaccine, with which only the " that recognize the protein on the surface of the virus, the spike. Every time a person receives a vaccine or overcomes an infection, they multiply their number of antibodies (which are the ones that disappear over time) and perfect the reaction of the cells to repel the disease.

How does a booster vaccine work? "When we are born, our immune system has a whole series of cells with the capacity to recognize what is not its own, which can be a virus or any foreign element," explains Sola. Once the cells recognize a foreign body, the immune response is activated and two things happen: "that cell that has been selected proliferates" and "a process of improvement" to respond to a threat.

Thus, when that virus or that strange element reappears for the second time, a memory will have already been generated and "the response that is going to be triggered is not version zero, but version one, much more improved and powerful".

Ideally, Sola acknowledges, it would be that the vaccine boosters were already modified for the new predominant variant. "That would be ideal because then we would have a vaccine tailored to omicron. The antibodies it would produce would be specific and would have their maximum potency from the beginning, preventing entry," adds the scientist, who hopes that they will be ready by March or April. the new injections.

For Sola, it could make sense that the general population waited for the new vaccines to get the reinforcements, but not so in vulnerable groups. "In these cases, you have to give a booster dose, even if it's not the perfect vaccine, even if it's the vaccine we have, which is already a bit outdated."

Despite the large number of infections that have occurred in the last two months, experts agree that it is necessary to continue vaccinating, but also to continue improving vaccines. "In each wave of the virus we have faced a different challenge. In this case what we have to do is learn to integrate an already immunized population with the behavior of a virus that also mutates and acquires new properties", explains the epidemiologist and predoctoral researcher at the UAM Javier del Águila. "What does the incidence now represent, what do the serious cases represent, what do the vaccinated and unvaccinated cases represent, what risk of transmission is there between one and the other?" Del Águila considers that it is time to study how the virus escapes immunity and for that they need time and a little more calm.

One of the main unknowns of this coronavirus vaccination strategy is knowing how long we will continue to vaccinate ourselves. How many memories will have to be injected? "It remains unknown how long the protection given by vaccines is," admits Sola. "It seems that the antibodies, which are fundamentally those that prevent us from becoming infected, decline around six months, but cellular immunity is maintained for longer," he argues. As cellular immunity is what protects from the most severe part of the disease, argues the scientist, "it would not be necessary to receive a booster dose after six months, but we could be protected for a year or more".

“Until when will we be vaccinated against COVID-19? It is very difficult to know,” also assures Alfredo Corell, professor of Immunology at the University of Valladolid. "Although antibodies can decay over time, T cells seem to be much more robust. In fact, from SARS-Cov-1, 18 years later there are people who have a memory for this infection," he adds. Corell believes that, being a coronavirus from the same family, a similarly "robust and long-lasting" T-cell memory could be expected.

The future of the vaccination strategy will also depend on the behavior of the virus. "The vaccine is going to be all the more effective the fewer cases are circulating at that time," says Del Águila. "Every encounter that a vaccinated person has with the virus is an occasion where there is a chance that the vaccine will fail. They are never 100% perfect," he adds.

"As with other vaccines, three or four doses could be enough to achieve long-lasting immunity," admits Sola. But this is not yet known. Nor is it known what the ideal guideline is and it must be taken into account that there will always be exceptions aimed at more vulnerable people. "The strategy of frequent revaccination could end up being unsustainable from an economic point of view and from a vaccination follow-up point of view," he adds. "From an immune response effectiveness standpoint, what the effect of repeat vaccinations would be is not very well known."

Corell thinks something similar. "Not with three or four doses, but with a repeated pattern we could be producing a pathology in some people," he admits. "Therefore, these periodic immunization protocols must be reviewed because it is not the long-term solution. The long-term solution is to have antivirals that can stop the disease," he concludes.