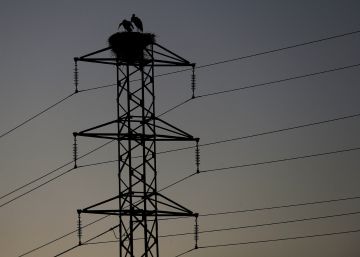 The inflation rate fell to 0.1% in September, two tenths less than in the previous month, with what is placed at the lowest level for more than three years. As reported by the National Institute of Statistics on Monday, the reduction of the CPI is mainly due to the fall in the price of electricity, compared to the increase recorded last year by the same dates.

The September rate, although it is the 37th consecutive number in positive, is the lowest level since the -0.1% recorded in the month of August 2016. Since then, it had traveled almost all this time above 1% until last May, when he started a downward trajectory from 1.5% in April, up to the current 0.1%. The September rate is two tenths lower than the August rate.

According to the statistical agency, which will not detail the evolution of the products in the basket for two weeks, electricity has been the element that has pulled the index down the most. The fall in September prices, the fifth in a row, contrasts with the sharp increases experienced last year by these dates and there is what is known as the base effect, which exacerbates the statistical decline. As last year the price of light rose 13.7% on these same dates and this year falls (until October 11 we will not know how much), in relative terms the statistical jump is greater.

In September, the light has marked an average price of 42.11 euros per megawatt / hour (MW / H) in the wholesale market, according to the Operator data dthe Iberian Energy Market (OMIE), while the month of September 2018, the average price was 71.27 euros, thus becoming the most expensive month of the year. Several days marked the highest prices of the year, above 75 euros. That is to say, This month the light has marked an average price 41% cheaper than a year ago. The data of Red Eléctrica are similar.

In reality, not all this reduction ends up impacting the electricity bill, since, among other things, up to a third of it corresponds to taxes and fixed tolls, but customers who are subject to the last resort rate (PVPC ), whose prices fluctuate at the pace of the market, will see that this month your receipt is cheaper. Last month, with a 29% reduction in the wholesale market, the INE registered a 12.7% drop in the price of electricity.

Inflation will still fall one tenth more in October, if the forecasts of the think tank Funcas, the service of studies of the old savings banks. "Since the light has already gone down in August and the oil price rebound due to attacks in Saudi Arabia has been punctual, we expected the CPI to fall to 0.1% in September," explains María Jesús Fernández, senior economist at Funcas, which admits the difficulty of anticipating the behavior of the price of light.

If the price of oil remains around current levels, Funcas expects inflation to rebound in the last two months of the year, to close at 1.1%, due to the opposite base effect due to the drop in energy products recorded in the last tranche of 2018. The annual average inflation rate will remain, then, at 0.7%. “Pensioners will gain purchasing power this year,” says Fernández, as the increase in pensions for 2019 was 1.6%.

In monthly terms, the CPI did not change in September compared to August. Meanwhile, the Harmonized CPI (IPCA) placed its interannual rate at 0.2%. If this data is confirmed, the annual rate of the IPCA would fall two tenths compared to the previous month.