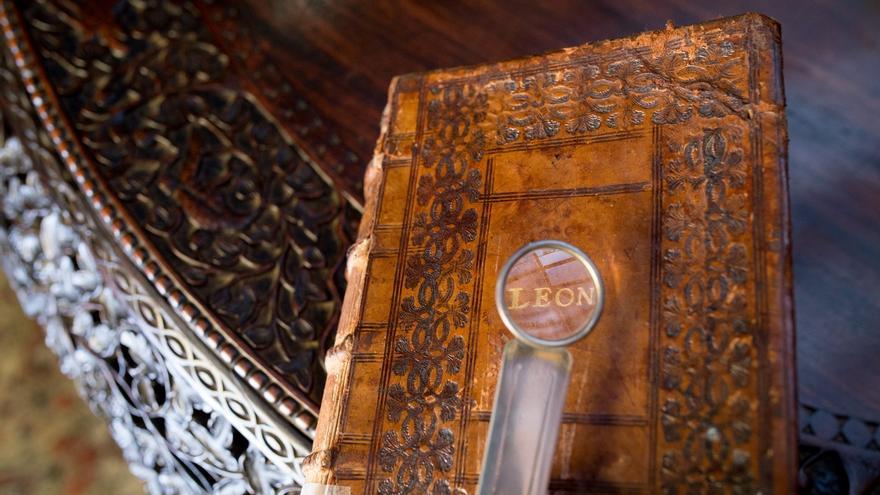 The León y Castillo de Telde House-Museum launches 'Dialogues Leoninos', a new cycle of nine lectures directed by the writer and professor at the University of Las Palmas de Gran Canaria Jonathan Allen, with the aim of addressing the figure of the Teldense brothers Juan and Fernando León y Castillo from different perspectives.

The cycle will begin on February 10, at 6:00 p.m., and will culminate with the last conference in January 2022. Precisely Allen, who gave last year the reading workshop 'My Times', an autobiographical book by Fernando from Telde León y Castillo, will be in charge of opening the cycle with the first of the conferences, entitled 'La Reina Isabel II. "The one with sad destinations": The memory of Isabel II in the work of Benito Pérez Galdós and Fernando León y Castillo '. The activity is free, with limited places for the public to attend, and the starting time will always be at 6:00 p.m.

The talks will be given by journalists, writers and researchers from various areas of social thought, who will provide a renewed look at these two key characters in our history, in the social and economic framework of the Canary Islands, as well as in aspects such as diplomacy and relationship history of our Archipelago with West Africa.

Stimulus for the 21st century

'Dialogues Leoninos' arises from the desire and the need to continue debating major issues that affected the Spanish 19th century on its political front, both internal and external, and in social and cultural aspects, explains Jonathan Allen. “Fernando León y Castillo is the privileged spectator of many historically transcendent situations for Spain, both positive and negative, and he is also an actor in many of them. He is a man with a great capacity for synthesis to write, describe and remember, and that gives rise to his works continuing to be a kind of continuous stimulus for the 21st century ”, he affirms.

The idea is also to put in value the collections that the House-Museum treasures, so that the public remains in contact with them, if they already are, or that they know better certain aspects of the life and work of Fernando de León y Castillo and his friends, who were quite a few, Allen details, who adds that they will not be lectures with a captive audience, but will be interactive because the public will be able to ask questions and contribute while they are being developed and will also be able to learn about different elements of the collection.

The first conference, Isabel II in the works of Galdós and Fernando

Jonathan Allen, graduated in French and Hispanic Philology at Cambridge, already taught last year the reading workshop 'My Times', an autobiographical book by Fernando León y Castillo from Telde, and will be in charge of the first of the conferences on February 10 , entitled 'Queen Elizabeth II. "The one with sad destinations": The memory of Isabel II in the work of Benito Pérez Galdós and Fernando León y Castillo '.

In this conference, Allen will address the friendship between the two Gran Canaria, close childhood friends, and the relationship they had with the former queen, exiled in France. Galdós was able to speak with Isabel II thanks to the intermediation of Fernando, at that time the ambassador of Spain in the neighboring country. The two wrote about her and provided an insider's perspective, Allen explains.

"When Fernando meets her, the former queen is a woman in the maturity of her life who had already understood things that in her youth she could not understand," says Allen, who adds that she was a captive queen of an absolutely reactionary political sector, of backs to all the reforms and the dynamics of liberal progress in Europe and Spain. For him it was the worst inheritance of Fernando VII, an absolute turning back because he did not respect any of the constitutionalist achievements.

This situation, she details, is reflected by Galdós, but especially the Teldense, since she had a more fluid and direct relationship with her, with her husband and with other Spanish princesses and queens exiled in Paris.

Presentation of 'Dialogues Leoninos' and the conference' La Reina Isabel II. "The one with sad destinations": The memory of Isabel II in the work of Benito Pérez Galdós and Fernando León y Castillo ', by Jonathan Allen.

'Spanish diplomacy in Africa during the 19th century', by Fernando Pérez González.

'Political cartoon. Leonism and liberalism in the media in the Canaries', by the director of the León y Castillo House-Museum, Franck González.

'The image of León y Castillo in regional memory. Art, photography and documents', by Gabriel Betancor.