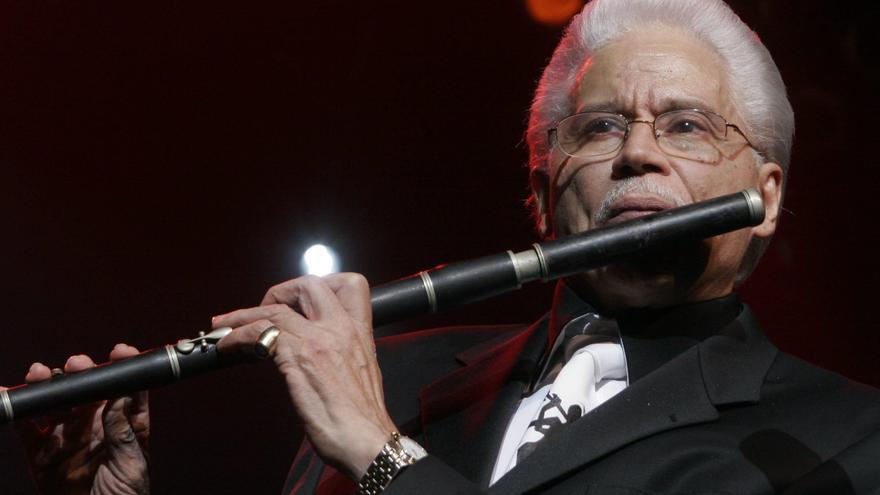 Santo Domingo / New York, Feb 15 (EFE) .- Dominican artist Johnny Pacheco, one of the creators of salsa, died this Monday in New York at the age of 85, the singer's family and friends reported.

Johnny Pacheco, one of the founders of the Fania All-Stars, was hospitalized with pneumonia in a New York medical center, according to local media.

"With great pain in my soul and an emptiness in my heart I inform you that the teacher Johnny Pacheco with much Peace passed away this afternoon. Thank you very much for all your prayers and all the love that you always gave him. At this time we ask for privacy and prayers "says a brief statement signed by his widow, Cuqui Pacheco, and family.

Salsero Eugenio Pérez, close to Pacheco, confirmed the death in a message on social networks, in which he affirmed that his loss is about "a tragedy for the world of music in general."

Likewise, the singer and songwriter of Puerto Rican origin Willie Colón also published a reaction on Twitter when they met the North. "Rest in peace my dear friend and Maestro. Founder of Fania Records, Johnny Pacheco. Unique ..." he wrote.

Percussionist and composer, Juan Zacarías Pacheco Knnipping, real name of Johnny Pacheco, was born on March 25, 1935 in Santiago de los Caballeros, in the north of the Dominican Republic, and as a child he emigrated with his entire family to New York, where he began his musical studies and training.

Salsa, many experts say, was born in the neighborhoods of New York in the 1960s thanks to young Latin American musicians who emigrated to the North American continent.

One of the most widespread theories attributes its birth to Pacheco, who considered salsa a mixture of Caribbean rhythms such as guaracha, mambo, pachanga, guajira, güagüancó and chachachá.

Pacheco was also the founder, along with Jerry Masucci, of the Fania Records label and the famous band Fania All-Stars, where figures such as Celia Cruz, Rubén Blades, Pete "El Conde" Rodríguez, Héctor Lavoe, Eddie Palmieri, Héctor Casanova, Ray Barreto, Willie Colón and Bobby Valentín, among others, excelled in their careers to stardom.

Fania brings together more than 200 renowned tropical music artists with styles that transcended the boundaries of traditional Latin music to make their way into genres such as Latin big-band, Afro-Cuban jazz, jazz, boogaloo and salsa.

During his musical career, Pacheco composed more than 150 songs, many of which became classics, such as "La Dicha Mía", "Quitate Tu Pa'Ponerme Yo", "Acuyuye", "El Faisán" and "El Rey De La Puntuality".

In addition, in 1999, he brought his musical knowledge to the theater, and collaborated in the creation of the musical "Who Killed Héctor Lavoe", which was a great success in New York.

His resume also includes the production of the song "Bailando Salsa" by the Spanish group Mecano (it reached half a million copies sold in a month after its release).

Throughout his life Johnny Pacheco was characterized by his commitment to the development of the Latino community around the world. In 1994 he established the Scholarship that bears his name and with which each year he helps financially a Latino student in his first year of college.