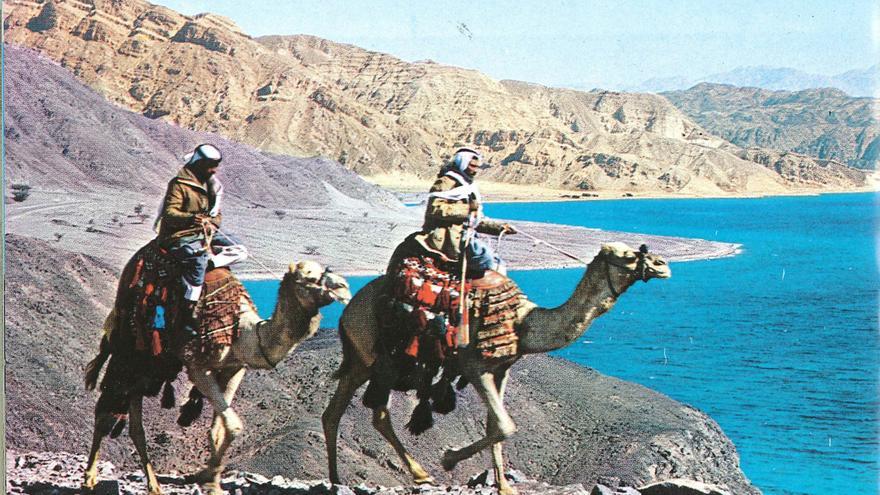 Jerusalem, Mar 3 (EFE) .- A large archive of audio recordings and photos that compiles oral histories, poetic legacy or traditions of the Bedouin communities of the Egyptian Sinai peninsula and the Israeli Negev desert was donated to the National Library of Israel, which will provide access to the material through an online portal.

The collection is part of the extensive personal archive of academic Clinton Bailey, who decided to hand over its contents after half a century of research and contact with the ancient Bedouin society of the region. These are nomadic and Arabic-speaking communities that preserved their model of life and “ancient culture” largely “unchanged for thousands of years,” the National Library highlighted today.

The collection includes “unique treasures”, such as “350 hours of interviews and audio recordings”, as well as “hundreds of images, slides and video clips that document the Bedouin tribal culture during the last half century”, the Israeli institution detailed in a release.

During this long period, Bailey, an American scholar who settled in Israel in the 1960s, devoted himself to better understanding the Bedouin population of the Negev desert (southern Israel) or the Sinai (Egypt), where they remain and have a long millennial presence. .

The academic published numerous books on poetry, culture or the legal functioning of these communities and became one of the most recognized experts in the field.

In turn, he became a defender of Bedouin civil rights, and in 1994 he won the Emil Grunzweig Prize for Human Rights.

According to the National Library, some of the materials in Bailey’s collection are relevant in that he collected them from interviews with Bedouin elders shortly before they passed away, thus preserving “their knowledge and memories.”

For this reason, the archive has “valuable primary source content from the last generation”, from elders “who reached maturity in the pre-modern period of Bedouin culture.”

“These materials will not be found in the future. They are a treasure of ancient culture transmitted orally that is now irreplaceable” and is lost among the younger generations, who already “grew up exposed to modernity”, assesses the Israeli institution. This institution will launch a digital portal in Hebrew, Arabic and English so that all interested can access the content.