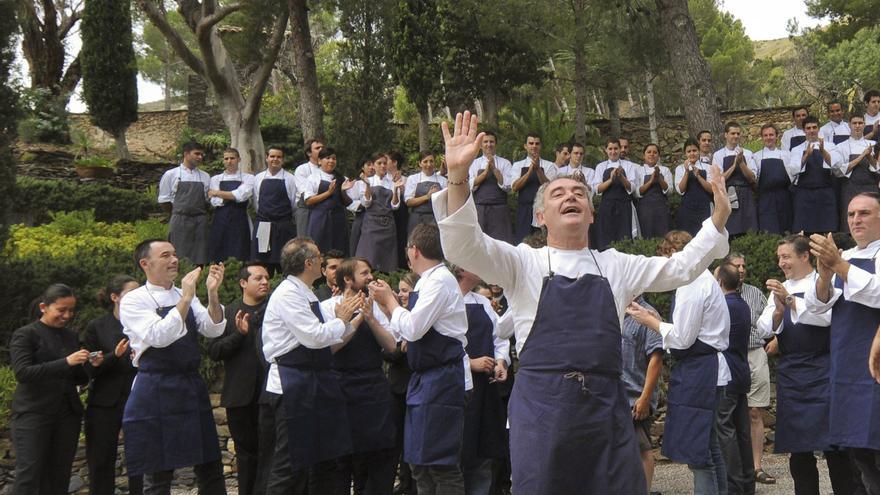 Madrid, Jul 29 (EFE) .- On July 30, 2011 elBulli played “El Último Waltz” after changing gastronomy forever. Although his legacy is still present throughout the world and some of the architects of that revolution in Cala Montjoi (Girona) continue to defend creativity in their restaurants, the culinary avant-garde remains somewhat orphaned.

He was the first to have a kitchen R&D department, to close six months to work on creativity and to offer only dinners to dedicate the day to preparing those tasting menus that they understood as “the maximum expression of the avant-garde”, he created techno-emotional cuisine in which all the senses were involved, erased the barriers between sweet and savory, joined forces with experts in other disciplines …

Eduard Xatruch, Oriol Castro and Mateu Casañas, now in charge of Enjoy (Barcelona) and Compartir (Cadaqués, Girona), were part of the hard core of elBulli. Xatruch worked there for 16 years and speaks to Efe on behalf of the three of them: “It changed the way we see the kitchen.”

Not only them, but all those who passed through there “and even those who did not; their influence is such that, although without knowing it, many people do things that were born there.”

If today you eat a sardine or giblets in a haute cuisine restaurant, it is because elBulli ended the exclusivity of caviar and lobster, in addition to “revaluing” olive oil or promoting local products. “Everyone thinks of airs, spherifications and foams, but his great legacy is the freedom that he gave to the kitchen,” he recalls.

Xatruch began “opening mussels”, lived the madness that led to the image of Ferran Adrià on the cover of The New York Times Magazine in 2003 and was one of its chefs until closing. “Ferran had already sensed that the creativity format at the highest level was exhausted and he needed to change the scene,” he says.

Aurelio Morales, Cebo (Madrid), elBulli marked him with fire. This “bullinian to death” sports several tattoos on the restaurant, including the number 1,846, the number of dishes that were created and served. At the age of 17, he had his first experience as a haute cuisine diner there: “It changed my prism forever.”

He also worked there for a season, in 2002, and used his days off to continue learning. “It is undoubtedly the most important phenomenon that gastronomy has had worldwide – he emphasizes to Efe -. It was perfect. It changed the way we eat, cook and think, it was a social phenomenon”.

That is why he regrets that “they want to bury everything that happened in Cala Montjoi” and “do not support those who have wanted to follow this avant-garde: now we talk about product, when the highest quality product is taken for granted in haute cuisine; We cannot do all steaks because that was not what put Spain at the forefront of world gastronomy, but innovation and creativity “.

Morales attributes it to the fact that the new generations of the gastronomic sector “are post-Bullinian and do not know what happened there; a sin, like being a footballer and not knowing who Maradona was”, since creativity requires “a lot of economic effort and a lot of work”, so it is “more comfortable” to copy. “I had the hope that this movement did not die there, but it did die, they did kill it,” he adds.

ElBulli had an Andalusian extension, Hacienda Benazuza (Seville), led by Rafa Zafra. This Sevillian chef has spent half his life in projects run by the Adrià brothers and then set out on his own course with Estimar, in Barcelona and Madrid, a “seafood restaurant of the XXI century” that offers a version of a 1995 elBulli dish: crayfish carpaccio and caramelized onion, in homage to the restaurant that gave him “everything”.

“My mother taught me to love cooking and elBulli to understand it and ask me things that today I keep asking myself,” tells Efe who was impregnated there with the “desire to improve and innovate, not only in the dishes, but also in the way of eating and staging “, in addition to assuming creativity” as a way of life.

“Nothing so groundbreaking has been done since then and I think it will not be done. All world-renowned chefs went to elBulli or have taken something from it,” he asserts.

Zafra was in the car with Ferran Adrià on his way to Madrid Fusión in 2010 to announce the closing of the then most famous and awarded restaurant in the world. “Do not be scared of the news that I am going to give, he told us. We were sorry, but he has left a great legacy.”

Josean Alija, from Nerua (Bilbao), worked at elBulli “being a kid” and made him “understand that in the kitchen there are no borders and that assuming knowledge as a tool of creativity was the great evolution of cooking”.

He adds that “it changed the way of thinking of all chefs in the world” and created “a gourmet audience that was looking for something more than eating: enjoying, learning and having fun” that still endures.