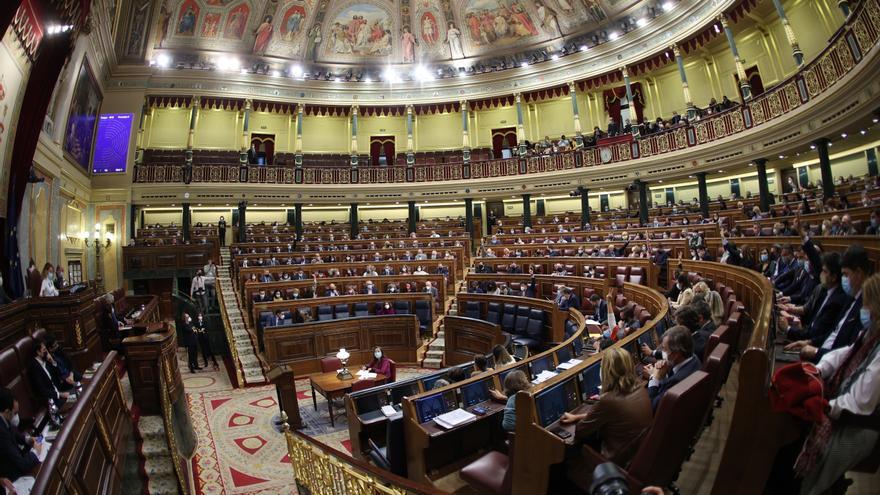 The report of the lawyers of the Congress of Deputies about the controversial vote validation of the labor reform of last day 3 known this Friday has dealt a double blow to the strategy of PP and Vox to delegitimize the Lower House and its president, Meritxell Batet. In addition to endorse the validity and irrevocability of the vote telematics of popular Alberto Casero, whose error made it possible to carry out the new labor framework, the Parliament's legal services have endorsed "the agreements of the Table that, since the beginning of the pandemic, have been adopted in order, in view of the special concurrent circumstances, to guarantee the maximum possible the normal performance of the parliamentary function". These are resolutions that have been adapting the current regulations to the health emergency.

One of the arguments used by the right is that in the authorization from the General Secretariat of Congress for Casero to cast his vote through the telematic procedure of the Plenary on the 3rd, it was underlined that it was carried out under the terms of "the Resolution of the Table of the Chamber for the development of the telematic voting procedure, of May 21, 2012". The PP has been insisting for days that said resolution "establishes in its fourth section that 'after exercising the vote through the telematic procedure, the Presidency, or body to which it delegates, will verify by telephone, with the authorized deputy, before the start of the vote in person in the Plenary, the effective emission of the vote and the sense of this '. This verification was not carried out in the case of the deputy, "they add.

But as the lawyers of Congress point out in their report on Friday, that section 82 of the regulations of the Lower House, which, in effect, includes the need for that telephone ratification, was annulled four times by the Congress Table due to the pandemic. , given that the proliferation of telematic voting due to the restrictions derived from the health emergency made it difficult to verify each of the deputies by telephone.

The same PP and Vox that are now appealing to the Constitutional Court – the popular filed their appeal this Friday and the extreme right intends to do so in the coming days – the decision of the General Secretariat of Congress to endorse the vote of the deputy popular that he was wrong in the plenary session of the labor reform, arguing in his resources that Casero was not made that call by phone, they were not only in favor of suspending the telephone verification during the pandemic, but also did not express any objection to the measure, which was unanimously approved by the Table – where both groups have representatives – those four times. The legal services of Congress communicated this new form of verification to all the groups through a note just four months ago, and then there was no objection from the PP and Vox either.

In its report, the legal services of the Congress recognize that the "general legal regime" of the telematic vote is the one foreseen in article 82.2 of the Regulation and in the Resolution of the Table of May 21, 2012 that collected the telephone verification. But the lawyers maintain that, "in the current context, this regulation has been modified by the agreements of the Table" mentioned above, which annulled the need to call all the deputies to vote electronically.

Those Board resolutions were adopted on March 19 and June 16, 2020, October 26, 2021 and February 1, 2022, and established that "voting will be done through the intranet of the Chamber , with the introduction of username and password, as a verification method of the personal casting of votes". The lawyers' report emphasizes that "said agreements, which without repealing the previous regime, but acting as a special norm, are limited to adapting it and exempting it from some of its elements, have been adopted in all cases unanimously by the Board of the Chamber and with the knowledge of the Board of Spokespersons, without opposition from any parliamentary group". In other words, they were also endorsed by PP and Vox.

"In summary", add the lawyers in their report, "article 82.2 of the Regulations and the Resolution of the Table, of May 21, 2012, understood within the framework of the agreements of the Table of October 26, 2021 and 1 of February 2022, make up the set of regulations that, comprehensively, is currently applicable to the regulation of the telematic voting procedure". Thus, "based on this regulation, in the plenary sessions in which the generalized telematic vote has not been established, each deputy is first informed of the authorization granted by the Table to vote telematically and, subsequently, , the telematic voting instructions regarding the specific points on the agenda". That is exactly what happened in the case of Alberto Casero.

The endorsement of the lawyers to these adaptations of the Table to the pandemic situation not only affects the telephone verification of the telematic vote. The highest governing body of the Lower House also had to modulate the parliamentary regulations to include confinements and quarantines, as well as those positive for COVID-19, as justified causes to authorize telematic voting. Until now, the regulation only contemplated telematic voting "in cases of pregnancy, maternity, paternity or serious illness."

PP and Vox also supported without objection the inclusion of quarantines within those possible justifications for not having to go in person to vote in Congress. The agreement of the Table of last October 21, which is currently in force according to the lawyers of the Lower House, includes among those justified causes "both the assumptions of illness by COVID, as well as the confinements to which the members of the Chamber as a consequence of that".

Despite everything, PP and Vox resort to the courts again to try to delegitimize the Government, within the strategy of lawfare –bringing political matters to justice– that they launched from the beginning of the legislature against all those measures of the Executive that they do not like.

The spokeswoman for the popular in Congress, Cuca Gamarra, insisted this Friday that on the 3rd "Casero's right" to vote was violated, despite the fact that he did so electronically and, according to a report from the computer services of the Lower House, carried out the double verification of the vote required by the system established for it. After advancing that his party is going to go "to the end" with this matter, Gamarra affirmed that "it has become clear" that the president of Congress, Meritxell Batet, has been "at the service of the interests of her party and not of the interests of the Spaniards". "It is inadmissible that the Congress Table has not yet met to protect the deputy," she added.

Gamarra's arguments collide, however, with what is exposed by the lawyers. The report makes it clear that "it was neither legally required nor necessary to convene the Board" to analyze the deputy's claim: "Having acted in accordance with precedent, considering that, in the absence of a technical error, it was not possible to allow the repetition of the vote". When asked if she believes that the lawyers' report can undermine the legal basis for the PP's appeals to the Constitutional Court, Gamarra indicated that she does not believe that will happen. "What is clear is that the right of a deputy to effectively exercise the vote he wanted to cast was violated" and "it was done in defiance of his warning and that of the popular group," she said.

The report of the lawyers unequivocally dismantles the arguments that both the PP and Vox have been putting forward since what happened in Congress on February 3. "Mr. Casero's vote was validly cast and produces full effects. As has been proven [el informe incorpora otro de los informáticos del Congreso]there was no failure in the voting system, and it must be attributed to a material error of the deputy that the vote cast did not coincide with the will that was wanted to be expressed", he points out.

"And the telematic voting procedure, which was carried out in accordance with the current legal regime, was not violated either, being that, as has been happening since the beginning of the pandemic, the personal verification referred to in article 82.2 of the Regulations is carried out, not in the terms of the fourth section of the Resolution of the Board of May 21, 2012, but by entering a username and password on the Chamber's intranet Therefore, Mr. Casero has exercised correctly and fully the fundamental right recognized by article 23 of the Constitution", he adds.