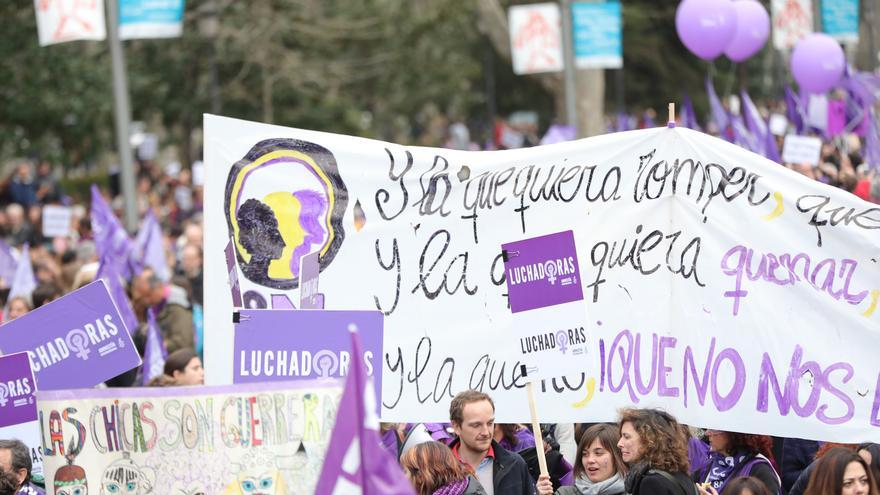 The lawyer Víctor Valladares, who a year ago brought before Justice to the Government for the management of the coronavirus crisis and for allowing the feminist demonstration of 8-M, has been sentenced to two years in prison for deceiving several clients and falsifying court documents. The Provincial Court of Madrid attributes two crimes of documentary falsification and another two of misappropriation in a new sentence similar to others received by the Orense lawyer, taken several times to the bench for defrauding clients.

The name of Víctor Valladares made headlines two weeks after the declaration of the first state of alarm when he denounced the then Government Delegate in Madrid, José Manuel Franco, in the courts of the capital and the President of the Government, Pedro Sánchez, in the Supreme Court for allowing the feminist demonstrations of March 8. He accused the executive of having endangered the lives of citizens despite the fact that according to him I already knew then the severity of the virus and the possibilities of its spread in large concentrations such as those that occurred, among other places, in the capital.

The case opened in court 51 in Madrid ended up being archived but left on the way the imputation of the Government Delegate, José Manuel Franco, the testimony of several conveners and the issuance of controversial reports from both the court forensic and the Civil Guard. In the first, the expert Julio Lorenzo Rego blamed feminist concentrations for an expansion of the virus that “could be seen coming” and in the second the agents sometimes used hoaxes or half truths to also point to the direct responsibility of the central government in the spread of the virus.

The promoter of the complaint, Víctor Valladares, then publicly boasted of having obtained the support of 10,000 people to continue with the process. At that time, he had already accumulated several pending cases in court for deceiving clients when he was practicing as a lawyer. His last sentence, as elDiario.es has learned, came shortly before last August: two years in prison for cheating on a married couple who hired him to claim the nullity of the floor clause of their mortgage. To achieve this, he even falsified court documents in order to make them believe that everything was going smoothly when in reality the process was paralyzed.

According to the 17th section of the Madrid Provincial Court, the couple contacted Valladares at the end of 2013: they commissioned a lawsuit against Banco Sabadell for the ground clauses of your mortgage. The lawyer filed the lawsuit before the commercial court 1 of the capital and collected two amounts: 500 euros for his fees and 415 more to pay the attorney and face the court fees. As the Justice has proven, the attorney did not charge and the fees were never paid.

The victims began to worry months later: the process did not advance and they continued to pay more money for the floor clause of their mortgage. It was then that Valladares, as the Court has proven, decided to take action and falsify several court documents to make his clients believe that everything was going well: first he presented a false ordering procedure to go to collect, and later a false order in which they were informed that they had won the lawsuit and that they could collect more than 12,000 euros.

The couple ended up changing lawyers, let this procedure die and started a new claim for the floor clause that they finally won. Valladares also perpetrated a second deception: he got one of his two victims, an architect by profession, to act as an expert in a different judicial process, keeping the 1,000 euros that his new clients paid him for the report.

The Madrid Court, in a sentence that has already been appealed by Valladares’s defense, imposes six months in prison for each of the four crimes attributed to him: two of documentary falsification and two of misappropriation, in addition to the obligation to return 415 euros to one of his victims and pay fines of 1,620 euros. A sentence of less than the four years in prison requested by the Prosecutor’s Office and the more than fifteen years that the private prosecution requested. Valladares has been acquitted of the crimes of fraud, obstruction of Justice and professional disloyalty.

The judges consider that there is evidence that links Valladares both with the forgeries and with the email addresses used to contact the victims in their deceptions. The proceedings, the sentence reasons, had not been issued and “the only reasonable reaction that the defendant could have expressed, in view of the way the events occurred, would have been surprise – if not stupefaction – emotions that he did not express. in any moment”. During the trial, he even claimed that he had not settled the payment of the fees due to the certainty that shortly after the legal changes exempted them from having to do so: “We are going to present it without paying the fee, let’s see if it works …” stated during the process.

The sentence, which is not yet final, acquits him of various charges. For example, the magistrates understand that there was no crime of fraud since the lawsuit was actually filed “although their actions were not precisely sincere”, also that there was no obstruction of Justice since “there was no prescription of any action and no there was the loss of any kind of action. ” Nor does the court appreciate the crime of professional disloyalty attributed to it by the Prosecutor’s Office.

This sentence represents a new conviction of the lawyer Víctor Valladares, after having been denounced more than a dozen times by clients from whom he collected small amounts for complaints and lawsuits that he never started. He was convicted, for example, of defrauding 290 euros from a couple who wanted to sue a pet shop, and also for keeping 1,300 euros from a woman who asked him to defend her honor in court. In 2018, he was sanctioned by the Madrid Bar Association for letting a judicial process of a woman who wanted to recover her daughter, taken to Algeria by her father, die.

Valladares, who has already appealed this new sentence of two years in prison before the Superior Court of Justice of Madrid, promoted the complaint against Franco and other members of the executive for the feminist demonstrations of 8-M. It was a stage in which it was lavished in some media where it came to announce the creation of an “Association of People Affected by the Management of the Coronavirus”, publicly assuring that it had received the support of 10,000 people. He then affirmed in a statement that the information on these sentences and sanctions had the “purpose of discrediting” his complaint. Shortly afterwards the court filed his complaint and the supreme court He also refused to investigate Pedro Sánchez.

The statutes of the association that Valladares then sent to the people who contacted him by email stated that the “titular and founding” partners could voluntarily contribute money to meet “bonds, deposits, sureties or similar” in the Legal actions taken, including among the activities of the association “channeling and promoting subsidies” for the group or even “charity sales” to raise funds and defray complaints.

Sources in the case explain to elDiario.es that both the defense and the Prosecutor’s Office have brought the sentence before the Superior Court of Justice of Madrid. In the case of the Public Ministry, a higher sentence is requested and in the case of the defense, acquittal is requested: Valladares’s defense points out that his right to effective judicial protection, the presumption of innocence and the principle of minimal intervention of criminal law.

For the defense of the convicted lawyer, the Madrid Court has made errors when evaluating evidence and documentary evidence provided, in its discretion, without meeting all the legal requirements. He also questions the value of some of the testimony heard during the trial. The appeals were admitted at the end of July pending that, after the summer break, the Superior Court will set a date for its decision.