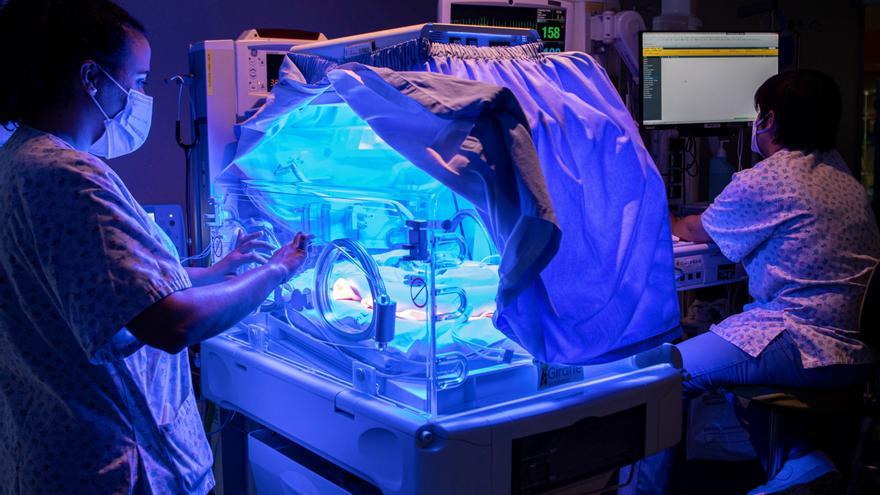 19 years ago, at the San Millán de Logroño hospital, a human error occurred that resulted in the exchange of two babies into two incorrect biological families. One of the girls ended up in a structured family, the defense argues, and the other was raised by her maternal grandmother who, in trying to get the father to pay alimony, discovered that neither he was her father nor her daughter the progenitor of the child. girl. By the time all of this was uncovered, the young woman was already a teenager.

During an interview with elDiario.es, the victim’s lawyer, José Sáez Morga, has assured that his client is now “facing a reset of his life, which is not starting from scratch but starting from less enough. It is a total rethinking of life, of relationships and of everything “. Sáez Morga has also ensured that they will go to the end of the matter, but that it must be a satisfactory conclusion, “not with amounts that seem to us to be quite scarce.” The Administration, at the expense of the latest DNA test, offers 215,000 euros as compensation. The defense claims three million euros for the moral damages suffered.

Why did the young woman come to your office in the first place?

He comes with a judicial resolution in which the non-paternity of his theoretical father had already been recognized until then. And, on the other hand, she had a report from an institute in Zaragoza which also stated that she was not the daughter of her theoretically biological mother until then. That plus a blood test in which it emerged that his blood group, the one he held until that moment, was not correct. That he had a different one.

In what situation were she and her family?

She was in foster care with a grandmother with guardian duties.

How long had her grandmother been taking care of her?

From practically birth. Since a year later, since 2003. First in foster care and then completed with guardianship functions. As a result of the tutelary functions is when the grandmother had asked [al supuesto padre] alimony for his granddaughter, but the defendant denied paternity and then the family judge ordered DNA tests, the result of which was that he was not the biological father. With which, the defendant was acquitted of the maintenance request and the file was filed.

At what point did your client realize that her biological father was not?

I do not know exactly when the grandmother informed him. Anyway, it is in 2018 when she knows the two circumstances [que ni su padre ni su madre son sus progenitores biológicos]. When he turns 16, we obtain what is called the benefit of coming of age, and with that character we prepare a letter and the background that we have shown for the inspection of the General Directorate of Benefits and Health Pharmacy of La Rioja saying I have these data and, therefore, tell me who my parents really are.

What does your client ask for?

With the greater data obtained from this medical inspection, in which, from a sample of 13 children, from 13 neonates, in the end the question is reduced to these two people. That turns to a preliminary investigation procedure that, with our knowledge plus the subsequent communication also by inspection before the court’s request of who that other girl would really be, the file of these preliminary investigations is produced. Then it is the Public Prosecutor’s Office, in safeguarding and defense of minors and also of public order, in that the Civil Registry cannot contain false information because it is erroneous, it promotes a mixed filiation action. This, with the result of the DNA tests – which we are pending to receive since January 2021 from the Institute of Toxicology and Forensic Sciences of Madrid and which today they have communicated to me a new request from the court reiterating that request – will culminate what we already suspected, and it will be corrected in the Civil Registry.

We also file an administrative claim against Salud for pecuniary liability for moral damages and that is a procedure that is currently also suspended at the expense of receiving these DNA test results. In our opinion, this suspension was not necessary in the administrative file because there are already sufficient elements of judgment to determine that the error has indeed occurred.

The Minister of Health has admitted the error, and has added the comment that at present a situation like this could practically not occur, which she has already corrected in different media, because here the margin of error has to be zero. There must be full assurance that the person who is born is correctly identified and correctly handed over to their biological parents.

Is anything known about the other victim? Do you know if you will also report?

We do not know. It is expected, but it is a matter that depends on your decision.

How is this whole process affecting your client and also that he has jumped into the media?

Some have even asked us to interview her personally, which we are declining because it is contraindicated because it stresses her out. And, for the rest, because the situation is that he faces a reset of his life, which is not starting from scratch but starting from less enough. It is a total rethinking of life, relationships and everything.

The Ministry of Health of La Rioja offers 215,000 euros and speaks of a human error. Do you consider it sufficient?

Not in any way. All this after telling us in the file that there is no causal relationship, that there is no unlawful act and that there would be an obligation to bear it, which is a real outrage. To then propose that, in any case, alternatively, we are given 215,000 euros.

His client has been immersed in this judicial process for three years. Do you want it to end?

We all want it to end, but not to the point of succumbing to the other party’s claims. In both aspects I want to say that we want you to clarify with the result of the DNA tests that, as I say, they will only confirm the other elements. And the patrimonial claim, as well, but we are going, satisfactorily. Not with quantities that we seem to be quite small.

Has your client been willing to establish some kind of relationship with her biological family if the tests confirm it?

Yes, but it is an expectation that also depends on the other party. Yes, there is, in principle, but I don’t want to get into that kind of thing because it affects the initiative of both some and others.