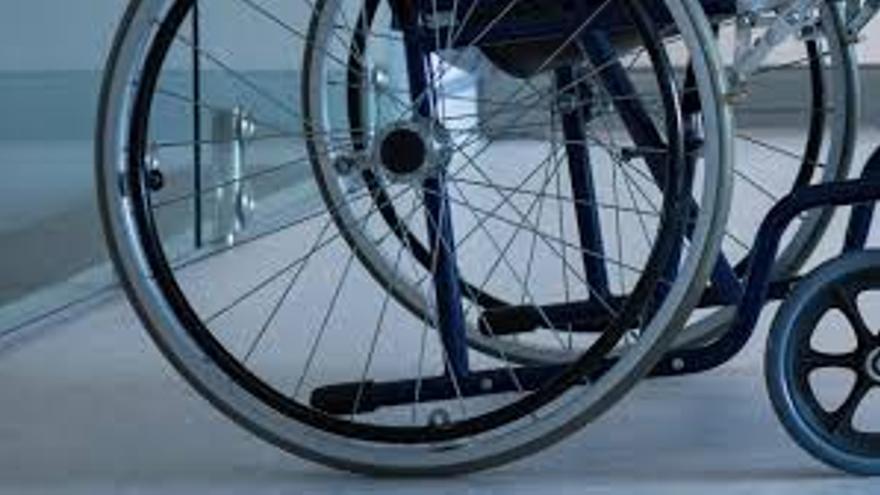 Spain is immersed in the parliamentary debate for a future regulation of euthanasia, a new statute that should be aseptic for disability, except to ensure the mechanisms that allow this human group, when necessary, to access this benefit in a manner authentic and without pressure from outside the person.

However, the Legislator incurs in the biased simplification of linking disability situations with personal decisions about the end of life, as if it were a regulation particularly thought for this social group.

This reflection does not try to establish a position for or against euthanasia, it tries to show another structural discrimination against women and men with disabilities in a 21st century law.

If we understand discrimination as any distinction, exclusion or restriction for reasons of disability that has the purpose or effect of obstructing or rendering without effect the recognition, enjoyment or exercise, under equal conditions, of all human rights and fundamental freedoms; It is noteworthy that the State grants legal coverage to the act of “dying well” among people with certain characteristics, such as people with disabilities, without considering the caution and the necessary respect for human rights and the values ​​that sustain them.

The law ensures the support and accessibility measures in the formation and expression of the will, that grant their consent and communicate and interact with the environment, freely, so that the decision is individual, mature and genuine, without interference , interference or undue influence. This is an issue that should be applauded in Parliament and recognized for the advocacy work of the disability movement embodied in CERMI.

It hurts, however, that the legislator continues to perceive people with disabilities as unhappy, assisted and depreciated beings. Without doubt, these deeply ingrained negative perceptions of the value of these people’s lives remain a permanent obstacle in all societies. These ideas arise from what has been called capacitism: a value system that considers that certain typical characteristics of the body and mind are fundamental to living a life worth living. Meeting strict standards of appearance, function and behavior, the thinking capacitist it regards the experience of disability as a misfortune that brings suffering and disadvantage and that invariably detracts from human life. As a consequence, it is often inferred that the quality of life of people with disabilities is negligible, that these people have no future, and that they will never feel fulfilled or happy.

The bill does not use the expression people with disabilities, it would have been very cheeky and provocative. Our language has enough lexical richness to disguise an intention and in this sibylline use of words, the euphemism is more painful given its intention to hide and deceive.

Let the readers judge what is stated here, but do not try to justify the assumption. A simple reading is enough to discover that this definition describes and exposes people with disabilities.

Article 5 of the proposed law on requirements to receive the benefit of dying aid indicates that, in order to access it, the person must suffer a serious and incurable disease or a chronic and incapacitating condition duly certified by the medical authorities. The regulation itself defines as impossibilities, in its article 2, those situations referring to a person affected by limitations that directly affect their physical autonomy and activities of daily life, in a way that prevents them from fending for themselves, as well as on their ability. of expression and relationship. Limitations that, likewise, are associated with constant and intolerable physical or psychological suffering, with security or great probability that they will persist over time without the possibility of healing or appreciable improvement, and that, on occasions, may even involve absolute dependence on technological support.

Language is a tool of power. It constitutes a social product that accumulates and expresses the experience of a specific society and that acts on the way in which that reality is perceived. Words not only reflect, but also transmit, and as such, reinforce socially marked stereotypes. Which leads us to ask ourselves: How does the Congress of Deputies perceive the word disabling through this bill? What does it transmit to Spanish society?

The risks involved in a single word in a law have been made aware. It is difficult for me to resist that in my country a situation of disability serves as an assumption or alibi to end life, and to promote and reinforce the stereotype according to which the lives of people with disabilities have less value or less quality. This stereotype, in addition, will have the danger of being assimilated by people with disabilities themselves as a result of social pressure, in a clear form of internalized oppression.

It also hurts that we have not been able to uproot this pitiful vision of disability from among our deputies. That the meaning and feeling of the International Convention on the Rights of Persons with Disabilities, a legal imperative in Spain, continue to not permeate. That they insist on seeing us, at least in the text of this law, as “disposable lives.” That they ignore the recommendations that the UN body that ensures compliance with this Treaty gave our country in 2019: ‘ensure that there are no provisions allowing euthanasia on the basis of disability, as such provisions contribute to the stigmatization of disability, which can lead to discrimination’. This approach must be burned or tattooed with an indelible ink in the political and social imaginary.

The discussion in this article is not euthanasia, yes or euthanasia or no, what I am trying to point out is that any regulation of a new right should not cost the stigmatization of a social group. As a society, we cannot allow the message to be given that people with disabilities are expendable, and that we are objects and not subjects of law. Nor can we allow, in the name of the protection of clinical practice, that it is the norm to ignore the laws that underpin the rights of people with disabilities.

The feminist writer Chimamanda Ngozi used to say that stories have been used to dispossess, but they can also be used to empower and humanize; they can break the dignity of a collective, but they can also restore it … Let us fight against that unique history of assisted lives, of depreciated lives and of denial of Person status. Let us seek in Human Rights the best allies to rewrite the history of people with disabilities, so that it is a history of self-determination, well-being, inclusion and, above all, of rights.