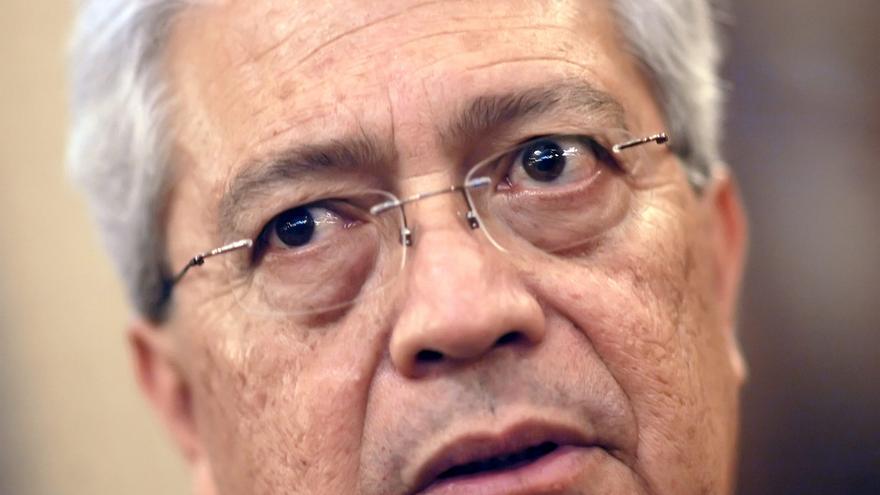 Guatemala City, Sep 16 (EFE) .- The writer Mario Roberto Morales, winner of the National Literature Prize of Guatemala in 2007, an academic and distinguished journalistic columnist, died this Thursday at the age of 74 due to health complications due to the covid -19, indicated the family of this.

Morales had been admitted to a private hospital last week but when he got worse he was transferred to the National Hospital of Specialties of Villa Nueva, a metropolitan municipality south of the Guatemalan capital, where he lost the fight against covid-19.

The family thanked in a press release for “the expressions of affection, support and solidarity” and exclaimed that Mario Roberto Morales had “a life full of literature, academia, struggle, criticism and love for his family, his friends and the University of San Carlos “, the only public and autonomous one in the Central American country.

In 2017, he received an honorary doctorate from that same university and was declared a professor emeritus the following year, while he continued with his role as writer and columnist, a work he has carried out since 1992.

He wrote the novels “Riders in the sky”, “Obraje”, “Face of the earth, heart of the sky”, “Those who left for free”, “The angel from the rear”, “Gentlemen under the trees”, “The splendor of the pyramid”, “The wild demons”. He also wrote the book of poetry “Epigrams of seduction and rituals to purify oneself”, in addition to several essays among which “The ideology and lyric of the armed struggle” stands out.

According to the biographical data on his official website, he was active in the revolutionary ranks between 1966 and 1991, almost the entire Guatemalan internal armed conflict (1960-1996), which left more than 200,000 victims and 45,000 disappeared according to the Commission for the Historical Clarification of the ONU.

In 1982, when the confrontation between the guerrillas and the Army in urban areas intensified, Morales left the country for a period of ten years, during which he lived in Mexico, Costa Rica and Nicaragua.

In the last elections of 2019, Morales supported and got involved with the Peoples’ Liberation Movement (MLP), a political organization that promotes the creation of a Plurinational and Multicultural National Constituent Assembly, emerged from peasant and indigenous bases within the Committee. of Rural Development (Codeca), and that obtained the fourth place in the presidential elections.

The Morales family added in their obituary a quote from a text published by the author last month, in which he wielded: “Faced with this we need to brandish our own spiritual and moral strength so that lucidity prevails over madness and we do the only thing possible to do: take good care of ourselves and have a good time. ”

Since March 2020, Guatemala has accumulated a total of 12,907 deaths from the coronavirus and 521,093 infections, the highest figures in the region, with one of the lowest vaccination rates: 3,963,266 Guatemalans already have the first dose, of which only 1,899,512 have already been immunized with the complete scheme (two doses).