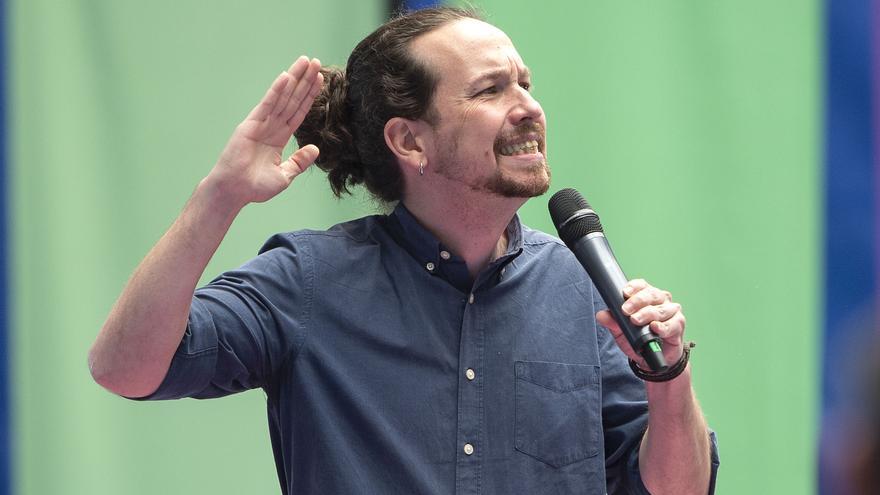 The envelope with bullets intercepted yesterday by the Post Office and destined for the General Directorate of the Civil Guard includes threats to the leader of Podemos and candidate for the Presidency of the Community of Madrid, Pablo Iglesias, sources close to the inquiries. The envelope, in addition to the message to Iglesias, written with a template, contains three short weapon shells, probably caliber 22, and one long weapon, apparently caliber 7.62.

On April 22, the first envelopes with threats to politicians during the electoral campaign were received. One of those envelopes was also addressed to Iglesias and was sent to the Ministry of the Interior. Another of the shipments to that department was addressed to its owner, Fernando Grande-Marlaska. Both featured 7.62 caliber submachine gun rounds. The director of the armed institute, María Gámez, received another threat at the headquarters of the General Directorate.

This latest threat to Iglesias was known last night. The envelope, white and not padded, unlike what happened with those of the previous week, was intercepted at the Comprehensive Treatment Center that Correos has in the Madrid neighborhood of Vallecas. Until noon today it has not been opened with judicial authorization, although the scanner had already allowed the agents to verify that it contained bullets.

Last night the discovery of another envelope in a post office in Sant Cugat was also revealed, destined for the president of the Community of Madrid and candidate for the PP for re-election on May 4, Isabel Díaz Ayuso. The person who wrote the sender and recipient of the threatening letter to Isabel Díaz Ayuso intercepted in Sant Cugat used a template that, at first glance, seems different from the one used by the person who sent threats to Pablo Iglesias, Fernando Grande-Marlaska and Maria Gamez.

In the envelope, addressed to the central headquarters of the PP on Genova street - where the regional PP headquarters is also located - two pods have appeared which, in the absence of further verification, seem to correspond to caliber 22.

At the moment it is unknown who or who are behind last week's shipments and those known yesterday and if they are related. Police sources value the possibility that the last envelopes with threats respond to an "imitation effect". The Police did manage to identify the man who sent an apparently bloody razor to Minister Reyes Maroto, an individual who suffers from mental illness.