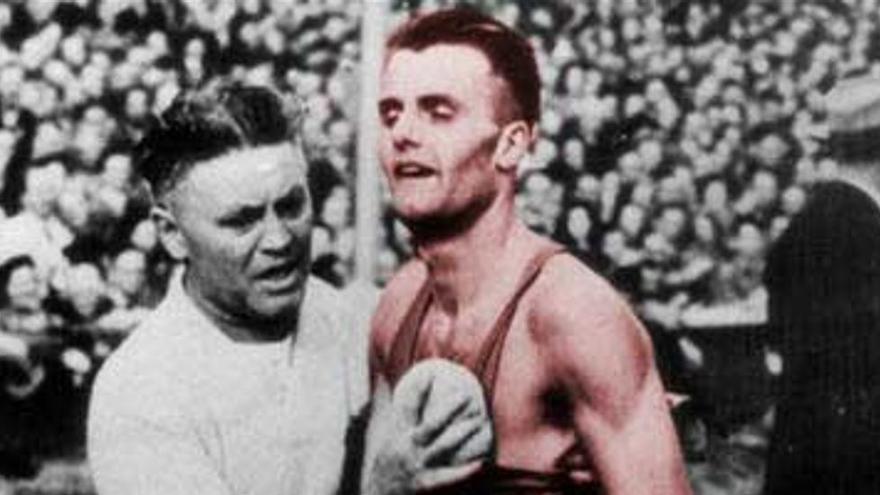 He was twenty years old then. Too much horror at once for an orderly boy studying with the intention of becoming a lawyer and practicing law. Athletics as a little entertainment.

Gailly, like many others, fled Belgium with the idea of ​​fighting the Germans from outside. He crossed France and after crossing the Pyrenees ended up in Spain, where he spent six months in detention for not having documentation. The authorities released him after promising to return home, but his plans were very different from those he confessed. Through Portugal he reached London where he intended to join the liberated Belgian forces. He began his training as a paratrooper in England with the intention of participating in the landing that was being prepared. In his spare time he regained the habit of running and for this he joined a Wimbledon club, the Belgrade Harriers. He wasn’t a prodigy, but he was stubborn and tough. His training stopped in 1944 when he was part of the forces that reached Europe through Normandy. For a year he was in combat, involved in the last great campaigns that took place in Europe, a time that served to rediscover the disaster that his country had become. It was then that he thought that all those people, immersed in the most absolute pain, deserved that he made an effort to give them a little joy.

He and his coach decided to sign up for the marathon after a nearly non-existent selection process. He hadn’t run one in his life, but they had a plan that they were determined to follow through. You had to cover that distance in two and a half hours and that would do. They established a few times of passage and chose to forget everything that happened around them. Two idealists without much knowledge. The organization had arranged that the marathon, which closed the Olympic program, be held with start and finish at the stadium of Wembley. A somewhat tough route, with several climbs that could wear down the little more than forty athletes who were launching themselves on the adventure too much. With the wounds of the war still healing, the English event was marked by austerity, but the enthusiasm of those who wanted life and sport to continue on their way made up for it. Among those enthusiasts was Etienne Gailly.

Start of the London Olympic Marathon in 1948, at Wembley Stadium.

As if the difficulties were few, the organizers established three in the afternoon as the departure time. And for those things of fate that is usually capricious on July 7, 1948 It was very hot in London which, together with its traditional humidity, made the conditions especially demanding for athletes. The person in charge of firing the starting pistol of the race could speak with knowledge of the facts. It was Dorando Pietri, the Italian who was disqualified at the 1908 London Olympics marathon because several judges helped him cross the finish line. He had entered the old White City stadium completely disoriented, with no strength to stand. He even ran in the wrong direction for a while and they had to correct him. The aids were so evident for him to reach the goal that the judges had to disqualify him, although he won the affection of the whole world and even the Queen received him the next day to give him a small silver jug. The presence of Dorando Pietri at the starting line was somehow a premonition of what was about to happen.

Gailly had a plan and she didn’t want to take a second from it. During the first kilometers he was scrupulously complying with what he had prepared with his coach. Oblivious to the tranquility with which the rest of the rivals made the commitment. Thus, he did not take long to leave alone until he opened a gap with his pursuers that was always around the minute. The heat was tightening, dehydration increased, but the Belgian surpassed the equator of the test with a wide difference over his pursuers where the Korean Yoon-Chil (who then held the world distance record) and the Argentine Delfo Cabrera ( another rookie who ran the second marathon of his life and was not among the favorites either). After the thirty kilometer Gailly began to feel bad and slowed down. The fissures of the plan designed with his coach were beginning to appear. The Korean and the Argentine overtook him when they had covered kilometer 32. The normal thing is that the fall would have continued, but Gailly gritted his teeth and drew strength from where there was none to stay at a safe distance from the first two. He was not resigned. He understood that the race consisted of survival and of that he knew a little. A few kilometers later, he found that the Korean Yun-Chil had retired after fainting and five kilometers from the finish line he recovered his head after overtaking the Argentine Cabrera. I could already see Wembley. He had it in his hand. But just as he crossed the tunnel that led to the track, perhaps due to the sudden change in temperature, he felt a painful pang in his belly. He walked into the stadium and felt completely empty and disoriented. He was unable to maintain a straight line, his legs did not respond to him. He crossed the finish line and felt like he had a wall in front of him when he realized he had yet to complete another turn to the Wembley arena.

The story of Gilding Pietri, the man who had started two and a half hours earlier, seemed to repeat himself. Delfo Cabrera, much more whole and without decomposing the figure, he easily overtook him on that last lap. Gailly just looked back, begging for no more athletes to show up. The public lived the scene with real anguish, although they could not avoid a cry of joy when the British Tom Richards arrived at the stadium shortly after. He beat Gailly for silver. The Belgian had the consolation of bronze, but those last two hundred meters were endless. By a narrow margin, stripped away, Etienne Gailly crossed the finish line in third place to claim a bronze medal that he could not personally receive. After the race he collapsed and spent several days admitted to a London hospital where they came to fear for his life.

Gailly is treated after finishing the 1948 marathon. FDV

On his return to Belgium he received a warm welcome, but he was convinced that he had failed his people, that bronze was useless. And his head began to focus on the appointment that would be four years later in Helsinki. At the age of thirty, he would have the ideal preparation and experience to aspire to the gold medal with more guarantees. But things don’t always happen as one imagines. It competed at a good level in the following years, but in 1950 there was the invasion of Korea and Belgium was one of the countries that responded to the request for help made by the United States. He did it with a regiment of 700 volunteers. Two thousand applications were submitted to be part of it. Etienne Gailly, who was already a captain at the time, was one of them. He traveled to Korea in the company of his brother Pierre. Unfortunately both were unable to return home together because Pierre lost his life during the conflict.

Etienne was luckier. During the inspection of an enemy bunker, he stepped on a mine and was blown up. He was taken to Tokyo where they underwent emergency surgery and miraculously managed to save his seriously damaged right foot. But the injuries spelled the end of his career as an athlete. He would never compete again, he would no longer have the long-awaited London rematch.

The worst was yet to come. In 1971, at the age of 49, he was returning from a visit to his parents when he suffered a spectacular accident near his home. He died almost immediately. A drama that would not end there because three weeks later, unable to process the pain, his wife would take her own life.