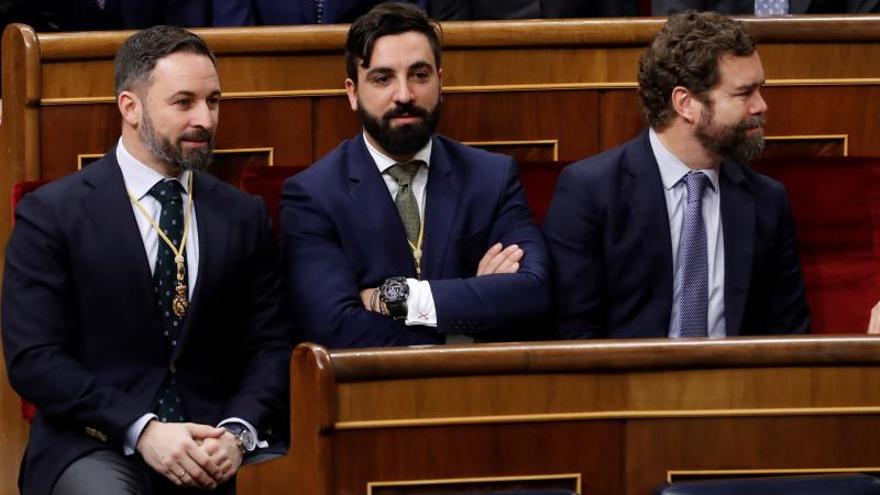 The trickle of closings and losses of sicavs continues, one of the favorite investment vehicles of the great fortunes. The closure of this type of companies accelerated after the start of the de-escalation and the trend has continued in recent weeks.

Among the recent casualties are two sicavs administered by former bank executives linked to politicians from the PP and Vox. The last one is Mugardos Inversiones, which last Thursday approved its conversion into a public limited company. With a net worth of 2,943 million euros in March and managed by Credit Suisse, it is managed by former banker Jacobo González-Robatto (president), his wife (who is a counselor and secretary) and a son of both.

González-Robatto was CEO of Barclays in Spain, corporate and financial general manager of the defunct Banco Popular and president of Nueva Pescanova. He is the father of the senator and autonomous parliamentarian of Vox in Andalusia Jacobo González-Robatto Perote, who until April 2019 was a director of this sicav. In his declaration of assets in the Senate (dated December 2019), the former financial adviser to the far-right formation claimed to have shares in a company of this type that he did not identify, with a value of 29,129.62 euros.

These would be Mugardos, whose main shareholders were until March two individuals who held 95.45% of their shares, according to information available from the National Securities Market Commission (CNMV). The rest of the partners (it had 230 shareholders) were what in the slang of the sector is known as mariachis, with little participation. elDiario.es contacted Vox on Friday to confirm if Senator González-Robatto participates in this sicav. The far-right formation did not respond. His policy, recalled a party spokeswoman, is not to attend to this medium.

On June 26, he communicated his liquidation to the CNMV Lampione Sicav, chaired by another banker, Juan Manuel Delibes Liniers, former executive director of Banesto. He administered it with his wife and children and in March he had an equity of 2,466 million. This financier, nephew of the writer Miguel Delibes and descendant of Jacques de Liniers, count of Buenos Aires and viceroy of the Río de la Plata during the reign of Carlos IV, is the brother of Alicia Delibes, current president of the Community School Council from Madrid, where he charges 82,295.52 euros per year.

Alicia Delibes, former Deputy Minister of Education of the Community of Madrid with Esperanza Aguirre (her boss was Lucía Figar), former councilor of the PP in the Madrid City Council and recently reworked for the public by Isabel Díaz Ayuso, is married to another former PP deputy in the Madrid Assembly, Regino García-Badell, nephew of former Franco President Carlos Arias Navarro and cousin of corrupt businessman Gerardo Díaz Ferrán.

By managed equity, the most significant drop in recent weeks corresponds by far to the C&S Pamel Inversiones sicav. In March, it accumulated 32.46 million and its liquidation was approved on July 9. Its president is Rafael Nebreda, “expert in tax planning” and treasurer of the Spanish Golf Federation. Ricardo Luis Egea Marcos, former Bankinter executive and Jaime Botín’s right-hand man, is a director. Egea was charged in the banker tax fraud case with the purchase of a private jet that unveiled in 2014 elDiario.es. This sicav does not clarify in its accounts who its shareholders are. In 2018, four individuals had 82% of their titles, according to their latest published accounts.

It also managed a significant equity, 27 million at the end of 2019, another recently withdrawn sicav, Syriane Capital, which after the reimbursements made in the first quarter came to March with 6.11 million under management. In 2019, 87.45% of its shares were in the hands of the Cardasi SA company, of the Perán family, owners of the well-known Alicante shoe manufacturer Pikolinos.

Linked to another large company, the Basque group Velatia, is Atienza de Inversiones, managed by Begoña Ormazábal, from the family that controls that Biscayan industrial and technological group. It was liquidated on June 16 and in March it housed just over 4 million.

As usual, among the recent casualties there are also some related to members of the nobility, such as Inversiones Iberbaum, administered by the Fernández-Ullivarri brothers, sons of the Marchioness of Campo Ameno, Ana María Fernández-Corugedo and Fernández de Cotarelo. It was transformed into a limited company on June 25 and had some 4.2 million assets.

From May 8, when confinement had already been alleviated by the health emergency, until July 23, 29 sicavs had reported their withdrawal from this regime to the CNMV, which represents more than half of all 2020 and is equivalent to one closing every 1.9 working days. In May, a record low was broken so far this year, with thirteen in the month, according to data collected from the CNMV records. They are provisional data, because many losses are reported to the stock regulator with months of delay. So far in 2020, 51 of these companies have abandoned this regime.

The number of sicavs has been in decline for years, after repeated promises to increase controls on them. Before the halt caused by the great confinement, the trickle of closings intensified, after a 2019 in which they were unsubscribed companies linked to PP politicians and millionaires under the tax amnesty who approved this match in 2012.

The programmatic agreement of PSOE and Podemos raised, within the package of measures to combat tax fraud, “greater control” over these instruments, granting “to the inspection bodies of the Tax Agency the competence to declare exclusively tax purposes the non-compliance with the requirements established for the SICAV in the financial regulations “and with a limit to the use of the so-called mariachis. The promise, like so many other things, was put on hold after the coronavirus tsunami.