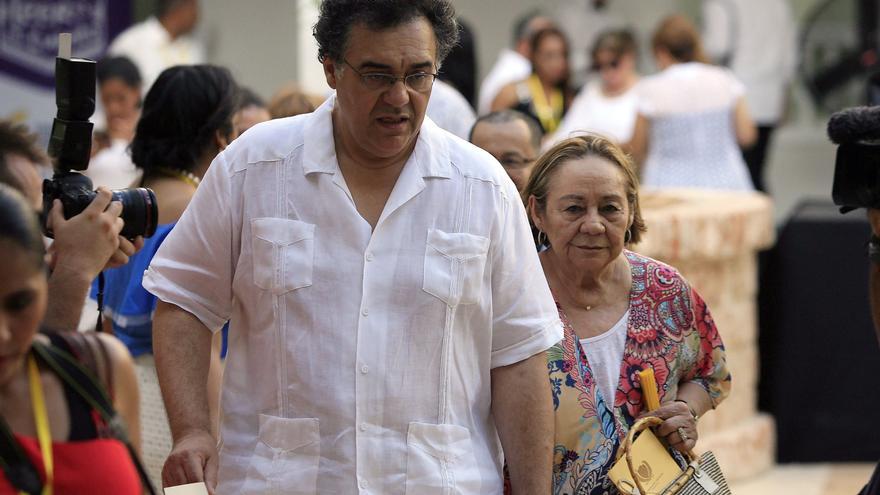 Bogotá, May 18 (EFE) .- Gabriel García Márquez regretted that his death was the only facet of his life that he could not write about. So his son Rodrigo García has addressed seven years later in the novel “Gabo and Mercedes: A Farewell” those last days in which Gabo, mired in dementia, was no longer Gabo.

The day he died in the house in Mexico City where the whole family was, a dead bird appeared on the sofa, right where the Colombian writer used to sit.

The day that Úrsula, one of his star characters in “One Hundred Years of Solitude” died, also on Holy Thursday, some disoriented birds crashed against the walls of Macondo’s house and fell dead. The parallelism was evident and Rodrigo García “was dying to tell it.”

“NOBODY WRITES FOR ANOTHER WRITER”

“Gabo and Mercedes: A Farewell” (Random House), which is published on May 20 in Spain and Colombia, is a walk, full of anecdotes like that, through the last weeks of the Colombian writer in which a doctor told him that He was dying and also from his relationship with his wife, Mercedes Barcha, and the rest of his family who accompanied him.

“I did not write about his experience (with death), that he will be writing right now somewhere,” Garcia says at a press conference, who alleges: “no one writes for another writer, but I relied a little on that idea to comfort myself for writing about his death without being too intrusive. ”

Rodrigo, the eldest of his two children, was taking notes during those last days “with some guilt” and “worried not to betray the private life of the family.”

As long as his mother was still alive, the book would not see the light of day, he assures in the story, but with his death on August 15, Rodrigo opens the doors of the house in Mexico to the public and what happened during those days.

“Standing there, I would like to believe that his brain, despite the dementia (and perhaps with the help of morphine), is still the cauldron of creativity that it always was,” he confesses on the pages.

García approaches Gabo as a person who in his last moments was not the father he recognized, but a stranger who hardly identified anyone.

And also the previous stage, in which “he is aware that he is losing his faculties” and that for him it was harder, because the last year and a half was already “very calm, he did not suffer from anxiety, he was calm and that comforted us” .

“I am losing my memory, but luckily I forget that I am losing it,” says the Nobel Prize winner, who is portrayed in the book in a present tone where his son has tried to “find that balance between what personal, but also not being too emotional, too lenient with myself and my feelings. ”

“I knew that the book was going to be a difficult, dangerous journey, with that concern that it had to be well written,” says the filmmaker, who narrated it in English, his working language that allows him to write fluently and with great speed.

When he finished, he thought about rewriting it himself in Spanish, but it seemed too harsh, and finally he could only review and edit Marta Mesa’s translation.

The book is also the farewell to his mother, Mercedes, who refused to be called a widow because she was “a magnificent version of herself” and would call her son a “gossip” for having published this story that delves into the bowels of the family.

From “La Gaba”, Rodrigo explains that he is “amazed at how he became the person he became, always solid and firm and even directing the world that my father’s success brought them.”

And it also includes family anecdotes, such as the state of abstraction that the writer entered every morning, immersed in his work even though his children entered the office to ask him something, and from which he only came out at lunchtime.

The book will hit bookstores when Colombia is immersed in one of the worst political and social crises in its most recent history, with almost three consecutive weeks of massive social demonstrations that show the discontent of a population that has roots in many of the problems that García Márquez has addressed in his books for more than 50 years.

Years of inequality and social injustice, the exhaustion of decades of war and conflict, of drug trafficking, and now of the pandemic, the “perfect storm”, as García sums up, which has brought tens of thousands of Colombians to the streets all over the world. country asking for changes.

“Gabo would be very sad to see that things are resolved with so many deaths involved,” he says.

At the moment, the Ombudsman’s Office has received information of 42 deaths during protests against the Colombian government, while organizations such as Temblores report 43 victims of “homicidal violence” by the public force.

“I imagine he would be sad, but he would be as involved as he could to try to find a solution,” says his son.

Gabriel García Márquez died on April 17, 2014, but his stories are still current and his books are a living story for many generations.

His death, that fact that haunts every author, has been printed in the form of an intimate chronicle in these pages, but readers are left with his life, which was, according to his son, one of the “most fortunate and privileged ever lived by a Latin American”.