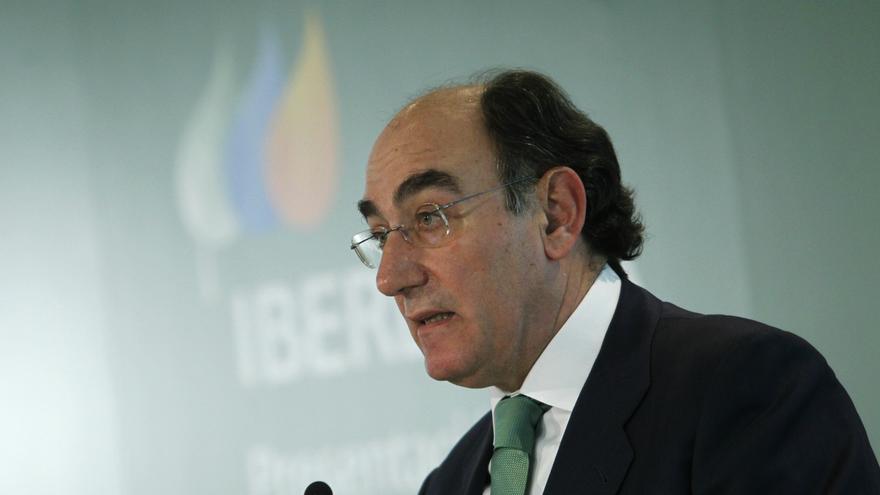 The main leaders of the largest Spanish companies have launched their recipes for the recovery of the economic crisis that has caused the COVID-19 pandemic in the extraordinary plenary session ‘Recovery and reconstruction of the Spanish economy: challenges and priorities’ organized by the Chamber of Commerce of Spain this Thursday. Political pact, administrative moratorium, labor flexibility and a new competitive framework have been some of the recipes that have been heard from the main swords of the strongest companies in the Ibex.

The Vice President of Economic Affairs and Digital Transition, Nadia Calviño, who closed the event, has assured that many of the proposals of the executives of the main Spanish companies are aligned with the recovery plan explained on Monday by the Prime Minister, Pedro Sánchez, before the Ibex 35 staff.

Thus, Ignacio Sánchez Galán, president of Iberdrola, has indicated that it is “time to be ambitious to accelerate administrative processes, if we do it quickly and all at the same time, synergies will be created”. Galán has complained that in Spain the “administrative system is serial, each paper must be presented at different windows and you cannot move forward until it is approved.”

The president of Iberdrola has given Germany as an example, “where they made a moratorium on the administrative system to accelerate the reconstruction of East Germany.” Galán has declared that “it is time to be ambitious to accelerate administrative processes that would allow us to accelerate a greener economy with a greater presence of renewables”, an energy source where the company that he presides is a leader. It has also requested that “restrictions on investment in networks be lifted, that power plants be converted into storage centers and that the electrification of all transport be promoted”

Although all the speakers have asked for a great political agreement, the one who has had the most influence has been the president of Indra, Fernando Abril-Martorell, who recalled the Moncloa Pacts of 1977 as an example to follow. “The Moncloa Pacts were a collective experience, which is everyone’s heritage. They could be recovered and serve as a model to give the strategic impulse to the transformation that our country needs in these moments of crisis,” he commented.

When the elimination of the most damaging aspects of the labor reform for workers is being debated with more intensity, Abril-Martorell has also insisted on the need to create “a flexible working environment, which allows greater labor agility to adapt labor conditions. work (number of jobs, hours worked, teleworking, etc.) to the actual activity of each sector and company, with full respect for all rights and guarantees. We are a country more dependent on abroad, many Spanish companies are globalized, if not We are competitive compared to other companies in other countries and we increase our productivity. We will have to compete with low wages and internal devaluation as we have done on other occasions. ”

Indra’s president also pointed out that despite “the difficulties of public accounts” due to the expenses caused by the pandemic, “the General State Budgets should not penalize companies” through “excessive taxation”.

The president of Telefónica, José María Álvarez-Pallete, has called for a digital pact and new rules of the game that guarantee that companies compete on equal terms, since otherwise he has warned that it will be “impossible” to have the same productivity. “We compete with people who are not regulated and I do not want them to be regulated, but if they are not regulated, deregulate me, because it is impossible to compete with equal opportunities”, Álvarez-Pallete has claimed.

For her part, the president of Banco Santander, Ana Botín, has asked that investments in tracking and testing of COVID-19 be increased to stop a crisis that has its origin in a health situation. Botín has assured that the key is to slow down the spread of COVID-19 so that activity does not have to stop again, which would deepen the economic decline.

The president of Santander has given as an example that 80 billion dollars have been dedicated in the world in aid to companies and people, which she has described as necessary, but has insisted that more resources would have to be dedicated to tracking infected and for test. For this, she has ensured that with 20 million dollars, four million people could be analyzed each week, which would facilitate the control of the pandemic.

In addition to expanding investment in tracking and testing, Botín has asked that European aid be directed “to projects in each sector that have a multiplying effort, that have a driving effect, that for every euro that is put in, has an effect beyond “.

The president of Santander has pointed out that “to save the medium term, if we do it well in the short term, we will need fewer resources in the medium. Each company that we save now, that is worth saving, will make recovery easier later.”

On this point, the president of BBVA, Carlos Torres Vila, has agreed, who has insisted that “an effort be made to amplify and align European aid. We have a historic opportunity to invest billions and we should leverage private initiative so that that money is ten times more, with well aligned objectives “. Torres Vila gave as an example the granting of loans with ICO guarantees that have been managed through banking entities.

“We have to understand that there are new ways of doing business, Spain is facing a historic opportunity. It is urgent and obviously we have to take action, we have to decide how, but I think we all agree to do it together, in collaboration public-private. The multinationals are here to carry the flag of Spain abroad, “concluded the president of HP Spain, Portugal, France and Italy, Helena Herrero.

The president of the Chamber of Commerce of Spain, José Luis Bonet, has called on the Government and political groups “high-mindedness” and the ability to reach agreements to deal with the consequences of the pandemic, as well as the extension of measures such as the ERTEs and the approval as soon as possible of new General State Budgets.