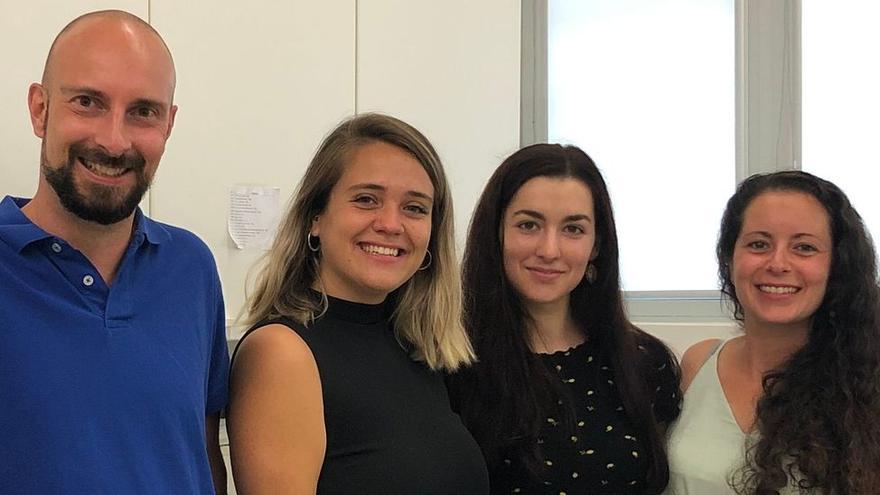 The Neural mechanisms involved in lamprey vision could offer clues about human pathologies such as vertigo. The scientist Juan Pérez Fernández leads a national project from the UVigo Center for Biomedical Research (Cinbio) to study the circuits involved in stabilizing eye movements. Their results open the door to look for them in people and discover their possible implications in certain ailments.

The study has the collaboration of the Karolinska Institutet in Stockholm, one of the best medical universities in Europe and in which Pérez worked for 7 years before joining Cinbio in 2020 as a 'Ramón y Cajal' researcher and creating his own group, Neurocircuits (NCS). His liaison at the Swedish institution is Tobias Wible, who also deals with clinical work with patients. And he also collaborates with the Neurolam team from Vigo led by José Antonio Lamas and in which Pérez did his thesis before leaving Galicia.

It's about your first project within the national plan of R&D, with a financing of 193,600 euros until 2024, and has also obtained funds from the Xunta. “I was lucky to be awarded both because is an ambitious project in which we combine electrophysiology, behavior analysis and neural circuits. And I am also very happy with the group that I have created and excited about”, he celebrates.

@Neurensano and I had a lot of fun designing a lamprey-rotating platform (which we ingeniously named Roll0). If you're at #FENS2020 and interested in multisensory, visuovestibular integration, visit me and Roll0 at poster 695 during today's #FENS2020poster afternoon session! pic.twitter.com/PCGffXuvkj

The eyes of all vertebrates, including humans, are controlled by two types of movements. The most obvious are those that direct them to the object of interest, but stabilizers are also necessary. Thanks to them, our gaze remains fixed on an image while we move our heads, for example, actively or when traveling in a car. If they did not exist, we would not be able to see it.

“These types of movements are very old and must be coordinated with those of the eyes to be able to direct them to what we want to see. It seems like a simple task, but there are many neural circuits involved and we want to discover the basic mechanisms that govern these eye movements. We use the lamprey, which lacks other more advanced ones that we do have, because they are present in it in a simpler way. As it is a very old animal, it has a much simpler and easier to study nervous system.”, explains Perez.

The group from Vigo uses ex vivo preparations in which they isolate the eyes, the nervous system and the vestibular organs, which are attached to the brain and are related to balance and spatial control. These samples are placed on a platform and subjected to different stimuli to study neural activity.

“It is a kind of virtual reality system. The platform is coordinated with electrophysiological recordings and with a series of screens to measure neuronal activity and eye movements based on different stimuli. And we also use neural tracers to study the connections”, explains Pérez.

He himself built the first experimental platform, but now he is collaborating with Abraham Segade, a researcher in the area of ​​Mechanical Engineering at UVigo, to optimize it.

The initial studies, the results of which he hopes to see published in a few months, have already discovered the brain regions of the lamprey involved in producing the basic movements of the eyes and confirmed that these are the same ones that are present in the rest of invertebrates.

“One of the things we have seen is that the effects of combining visual and vestibular stimuli are very similar to human, but the regions involved in the processing are neither the cortex nor the cerebrum, two areas that have always been considered very important. This tells us that we have a very old circuit that in humans could be the same or very similar. Logically, we have more movements and everything is more complex. But we can study these circuits in humans and find out if they are involved in different pathologies”, he highlights about the clinical part that is carried out with Karolinska patients.

“The value of the lamprey is that it has very well preserved mechanisms because carry out vital functions and are therefore subject to little change throughout evolution. And this allows us to analyze processes that we also have in a much more simplified and accessible system. Logically, the knowledge we obtain cannot be applied 100%, but the basic elements are the same”, he concludes.

The brain of the lamprey, one of the oldest animals, is a real treasure for neuroscience, since its mechanisms are similar to those of other vertebrates but simpler. Juan Pérez's NCS group (in the image above, with the researchers that form it: Carmen Núñez, Marta Barandela and Cecilia Jiménez) uses samples ex vivo of the brain, the eyes with the optic nerve and the vestibular organs to study eye movements. Slides (on the left) are placed on a rotating platform so that neural and ocular responses can be measured.