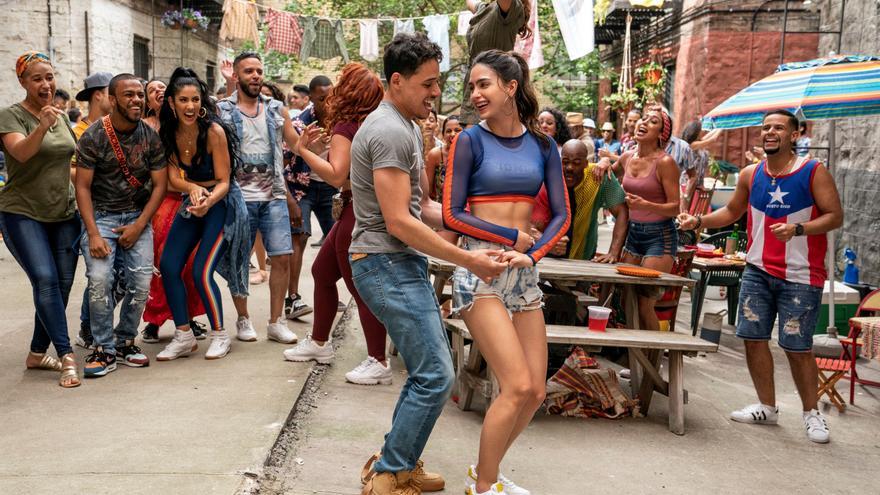 "If the films that come out are good, people are going to go to theaters more than ever. The cinemas are going to explode," Olmos told Efe, who was very optimistic about the future of the big screen after more than a year blank because of the coronavirus.

LALIFF is the most important festival of Latin cinema in the heart of Hollywood and its twentieth edition will be held from this Wednesday to Sunday, June 6.

Like the rest of major film events, LALIFF resorted in 2020 to a virtual festival for the pandemic.

But this year, LALIFF will once again put theaters at the center of its offering, although the program can also be enjoyed digitally and from home for those who are not yet ready to return to theaters.

Olmos said that the coronavirus led the audiovisual industry to look for ways to combine "streaming" with face-to-face events.

"This is a wonderful thing that we have been able to understand", said the actor of "Blade Runner" (1982) and "Stand and Deliver" (1988) in reference to the hybrid nature of the new edition of LALIFF.

However, Olmos admitted that as much as you have the best possible television or the most advanced projector in your living room, there is nothing comparable to the experience of watching a movie in a theater.

LATIN FILM ON THE WALK OF FAME

The emblematic TCL Chinese Theater, located on the Walk of Fame and one of the most famous cinemas in Los Angeles, will host the opening of LALIFF this Wednesday with the screening of "7th & Union", by director Anthony Nardolillo and featuring as the protagonist with Omar Chaparro

The film that will close the festival on Sunday, also at the TCL Chinese Theater, will be "Women is Losers", a debut by the filmmaker Lissette Feliciano and whose cast is led by Lorenza Izzo.

"Algo azul" by Mariel García-Spooner, "Blursday" by Sergio Guerrero, "The best families" by Javier Fuentes-León and "Papi" by Noelia Quintero are other outstanding titles on the festival program.

In addition, LALIFF includes among its screenings some documentaries such as "Rita Moreno: A Girl Who Decided to Go for It", by Mariem Pérez Riera, which premiered with great success at the last edition of Sundance.

"IN THE HEIGHTS" TO LOOK TO THE FUTURE

One of the highlights of LALIFF will arrive on June 4 with a special screening of the highly anticipated Latin musical "In the Heights", which will be released in theaters and HBO Max on June 10.

Based on the Broadway hit by Lin-Manuel Miranda and Quiara Alegría Hudes, "In the Heights" features a splendid cast, led by Anthony Ramos and Melissa Barrera, and ventures into the New York neighborhood of Washington Heights to shape a brilliant musical in which Latin rhythms are the absolute protagonists.

Olmos was not shy about praising this tape.

"It's such a beautiful movie ... The music, the songs, the dances, its drama, its comedy. It's wonderful," he said before predicting that "In the Heights" will have a place at the Oscars next year.

In this sense, Olmos is confident that "In the Heights", which is one of Warner Bros. 'key bets for this summer, will pave the way for other studios to give more space to Latino stories.

In any case, the actor, who for decades has worked so that there is a more diverse representation in films and series, assured that Hollywood is changing little by little and is realizing the important weight that the Latin public has.