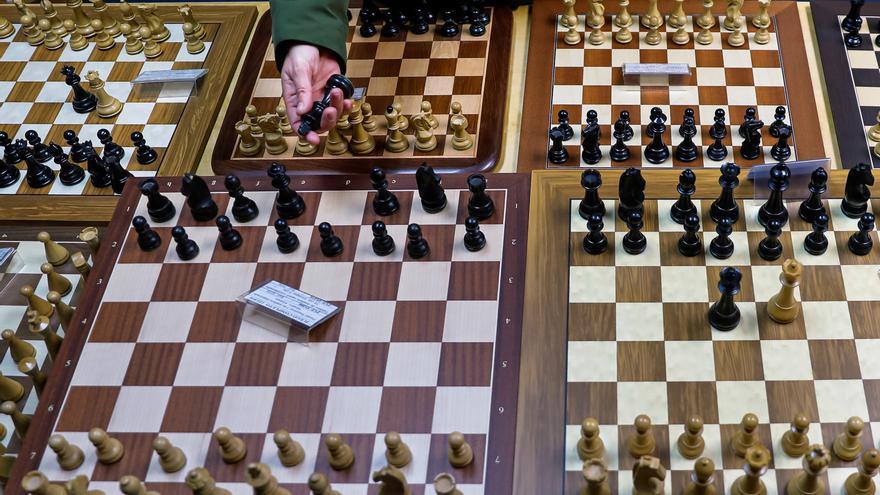 Barcelona, ​​Feb 7 (EFE) .- “Who is going to see a series about chess?”, Thought, between skeptic and indifferent, the manager of Rechapados Ferrer, David Ferrer, when he learned that a Netflix series appeared wooden boards manufactured by his small company in La Garriga (Barcelona).

But the series in question was not just any other, it was neither more nor less than “Lady’s Gambit”, the most watched miniseries in Netflix history and which has become a worldwide phenomenon, devoured by more than 62 million homes in the first month after its premiere on October 23 and the most followed in its catalog in 63 countries and among the ten most viewed in 92.

“When it was released, one of our workers told me about it, but I did not care or was surprised because our boards had already appeared in other series and movies. As there are few manufacturers, it is not unusual. One more, I thought,” he explains to Efe Ferrer, remembering that he simply saw it because he “was amused.”

But after a few weeks the resounding success of “Gambit de Dama” unleashed a madness for chess that has overwhelmed this small Catalan family business, putting its production capacity in check: in two months they have been commissioned 30,000 boards, when they usually manufactured about 18,000 a year.

“Little by little the ball got bigger, everyone wanted boards and we didn’t stop getting orders. This series has caused us an unthinkable avalanche of orders,” explains Ferrer, still a bit incredulous: “I believe it because I live every day, but the truth is that it is very difficult to believe. They told me this six months ago and I tell you that it is impossible for people to go crazy because of a series. ”

“People who did not know what chess was now are like crazy looking for boards. Friends of ours who had never asked us for one now want them. We have asked them before because now we are overwhelmed!”, Jokes the manager.

The “ball” has become so big that if before they manufactured the boards after 6 or 8 weeks of being ordered, now the delivery times reach until October and some customers are already placing orders by the end of the year and even 2022 ” to make sure they won’t run out of boards. ”

“From the outside it seems beautiful but here we are with a little pressure and nerves, too many. It has made us a little big,” admits, a little overwhelmed, the manager, who nevertheless trusts that they will be able to serve all the orders.

And, despite having cutting-edge technology and having expanded the template, the Rechapados Ferrer boards are produced following an artisanal method that makes it difficult to increase production a lot.

“80% of the processes to manufacture the board must be done manually. Select the sheet, put the pictures, put them together … Everything is very manual and artisanal, it cannot be done with machines”, Ferrer details.

That most of the boards that appear in one of the year’s series were produced in a small factory in a town in the Barcelona area may be a coincidence, but the avalanche of orders not only responds to the fan phenomenon to acquire the same board in which Beth Harmon, the protagonist played by Anya Taylor-Joy, disputes the final game.

With more than 60 years of history, Rechapados Ferrer, created by David’s grandfather, started as a furniture veneer factory and over time has established itself as one of the best chessboard manufacturers in the world.

“We don’t have commercials or anything,” insists Ferrer, who explains how his father began to attend trade fairs in Europe and progressively made a name for themselves and gained fame in the sector.

“Our clients advertised us on their web pages and in catalogs. Rechapados Ferrer’s boards were sold as category boards,” explains the manager, who now sees how Netflix has become his best publicist.

This prestige is also attested by the forums of the chess community, where the Rechapados Ferrer boards are among the most valued for, among others, their touch, smoothness, colors, finishes and a very good quality-price ratio, which makes some users arrive to pay more for shipping costs than for the same board.

Regarding the future of this “‘Lady’s Gambit’ effect”, which has multiplied the demand for boards by two, Ferrer believes that it is a “bubble” that in time will stabilize again, although he believes that a part of the current new fans it will stay.

“In the end in chess you need to play with another person and if you have the board you look for people and you always hook someone. This is a wheel,” he says.

The first Spanish rock was sung by some malagueñas