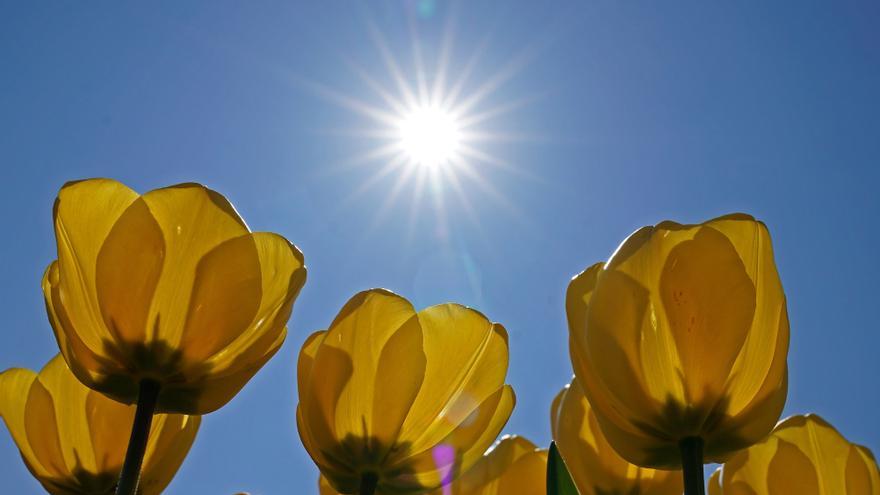 The lack of rain advances spring in the northern hemisphere because with less cloudiness, day and night temperatures have more contrast, there is more solar radiation and more frosts, factors that make the plants get confused and consider that the spring has arrived.

This is confirmed by a study published today by the magazine 'Nature Climate Change' and led by researchers Jian Wang, from the Ohio State University in the USA, and Josep Peñuelas, research professor at the CSIC at CREAF in Barcelona, ​​who has confirmed that the lack of rain expected this century can advance the spring between 1.2 and 2.2 days per decade.

The science has shown that the climate change phenological spring is advancing, but until now it was believed that mild winters caused by global warming were the main cause.

However, this new work shows that the lack of rain also causes plants to sprout earlier in the northern hemisphere, where rainfall has decreased in frequency over the last thirty years and has affected the natural calendar of plants.

The research links for the first time the lack of rain and the premature awakening of the naturespecifically predicts an additional advancement of the biological spring of between 1.2 and 2.2 days per decade as a consequence only of the decrease in the frequency of rains forecast for this century.

"Less precipitation means less cloudiness, which leads to more hours of sunshine, higher midday temperatures, and cooler nights that advance the cold buildup required for leaves to sprout. The cocktail of conditions confuses the plants and makes them sprout sooner," Peñuelas explained.

"This winter we are experiencing a paradigmatic situation to understand the results of this article. It doesn't rain and we have frosts and strong contrasts that have clearly advanced spring," added the CREAF researcher.

Peñuelas' explanation is as follows: "If the winters are getting less and less rainy, this means there are fewer clouds. Clear skies give strong temperature contrasts between day and night, and daytime temperatures also rise much higher."

"In the same way, without the cloud cover filter, plants receive solar radiation for many more hours. At night, conversely, the environment cools quickly and freezes easily. All this confuses plants because they perceive it as signals typical that spring has already arrived: they accumulate the hours of cold and radiation they need earlier and, together with the temperature contrasts typical of spring, they wake up from their winter slumber before time", summarizes the scientist.

Furthermore, according to Peñuelas, "if the plants sprout earlier, start photosynthesis earlier and that affects carbon cycles around the world. Knowing that the decrease in the frequency of rainfall also affects this natural rhythm is a key piece of knowledge to take into account in climate change predictions."

CREAF and the Meteorological Service of Catalonia launched the FenoTwin initiative in 2021 with the collaboration of the Spanish Foundation for Science and Technology (FECYT) to produce maps to see how nature changes in each season by uniting the work of satellites and of citizenship.

Researchers have today a call for all the people who wish to collaborate in this project by emailing iNaturalist.org/projects/ritmenatura evidence that spring is advancing everywhere, which species bloom earlier, if swallows arrive, or other changes in biological cycles.