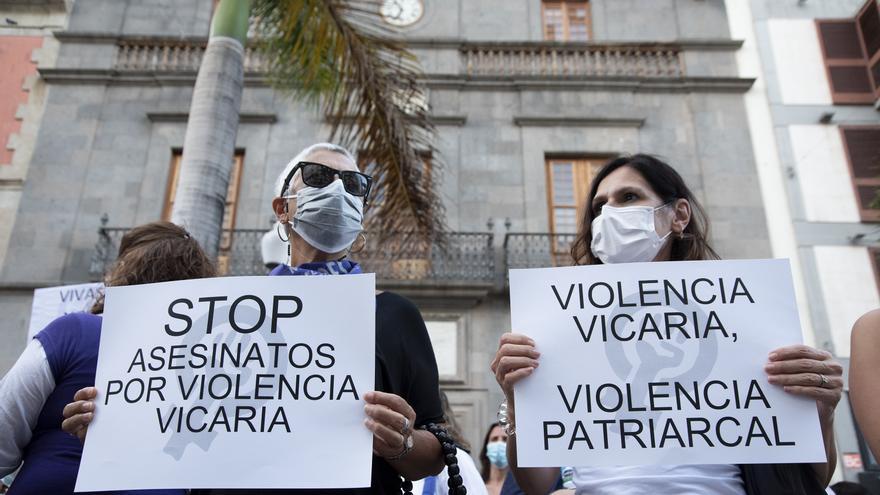 The father who killed his ten-year-old son in Sueca (Valencia) had been convicted of gender-based violence, but only a month later another court awarded him joint custody. Last August, the woman denounced him and after holding a speedy trial, the court with competence in violence against women of the town convicted him of a crime of ill-treatment and suspended visits with respect to his son. However, that did not prevent another parallel civil procedure, ratified by both spouses a month later, from establishing the opposite: a joint custody regime. Nobody and nothing alerted this court that a final sentence for sexist violence weighed on the aggressor.

"It cannot happen to us again. If the judge or the civil prosecutor had known that there was such a sentence, they would never have processed this procedure," says the delegated prosecutor for violence against women in Valencia, Rosa Guiralt, who demands a change in the system so that the crosschecking of information between courts is automatic. The minor is the first victim in so far this year of vicarious violencethe one exercised by aggressors against children to harm women.

There are 47 since 2013, when they began to be officially counted.

In this case, there were two different intersecting procedures, as reported by the Superior Court of Justice of the Valencian Community (TSJCV): both spouses filed a divorce petition by mutual agreement in July of last year that established shared custody of the minor. But on August 12 she denounced the man for gender violence and the Sueca Court of First Instance and Instruction No. 4, with jurisdiction in the matter, convicted him and granted a restraining order and custody of the minor to the woman without visits in favor of the father, because this type of court also dictates civil measures.

A month later, the two ratified in court the regulatory agreement that they had presented in July without, according to TSJCV sources, reporting this previous process. The criminal procedure, that is, the suspension of the visits, in fact, prevails over the civil procedure and the judge who processed the divorce request, recalls Guiralt, "should have recused himself in favor of the court of violence against women if he had been aware of that process", according to article 49 of the Law of Civil Procedure. However, although this mechanism exists, "there is no automatic data crossing" between courts, says Lucía Avilés, magistrate and founder of the Association of Women Judges.

The spokeswoman for the mother's family, Marta Tur, explained in statements collected by the EFE agency that the mother's family did not agree to share custody "because he was not in a position to have it" and that "because there was no precedents of ill-treatment of the minor", they took him "as a habit" on Sundays for a few hours to see his father. "He wanted to spend time with his father, although lately he was not so convinced. On Sunday, shortly after leaving him, he called his mother to go pick him up and on the way he must have done the barbarity he did," he laments.

But beyond the specific case, Avilés, who is head of the Criminal Court No. 2 of Mataró (Barcelona), ensures that the lack of communication between different jurisdictional orders "is seen every day" and the information is at the expense of the parties being those who put it on the table. If they don't, as has happened, there is no coordination. "We must bear in mind that article 31 of the Istanbul Convention obliges us legal operators, regardless of whether the procedure is by mutual agreement or contentious, to investigate the history of violence, but with the current system, if not the parties allege, it will be difficult to take it into account", explains the judge.

That the courts are connected in the form of "an alert system or data query" is "absolutely essential and very urgent," says Angeles Carmona, president of the Observatory against Domestic and Gender Violence of the General Council of the Judiciary (CGPJ) . This is a "key" computer integration that should be implemented by the Administration of Justice (the communities that have transferred powers and the Ministry of Justice in the case of those that do not) and that, in his opinion, should be extended to "all institutions concerned" with the aim that "the protection network for the victims and their sons and daughters is not broken anywhere".

The sons and daughters of victims of sexist violence are direct victims of the violence suffered by their mothers and this is what the legislation considers. The recent Law for the Comprehensive Protection of Children and Adolescents against Violence vetoed visitation for parents who are being investigated for violence against their spouses, a provision that doubled the suspension of visitation in these cases in 2021. The objective is to make it a general rule and that maintaining them is something exceptional only if the judge motivates the decision and after evaluating the parent-child relationship.

In the case of Sueca's murder, the family spokeswoman explained that the man "did not behave well" with his ex-wife, "was violent" with her and that is why he denounced him and has insisted that it is a case of vicarious violence. "It is the worst of gender violence, when the aggressor decides to do the worst damage to the mother, take the life of her son and condemn her to continue breathing," she added.

"They cannot be conceived as watertight compartments. Reality shows us that they are violence that intersect and, in fact, when the relationship ends, the way to continue exercising violence is usually through children, with visits and pensions. of food", reflects Avilés, who emphasizes that the recent legislative reform "is a way to banish the fact that an abuser can be a good father".

The psychologist specializing in sexist violence, Bárbara Zorrilla, points out that, despite the advances, "unfortunately it still seems as if violence against minors happens in another dimension" different from that suffered by women and reminds that the victims "must have a follow-up and inform them that there are a series of specialized resources that attend to them free of charge". Something that is key in these processes, in which the very operation of violence can lead to normalization, fear or feelings of guilt: "Violence causes damage that must be made visible and repaired because if I am a victim I can have some high rates of emotional dependency, an erroneous conception of risk or conceiving that violence is only directed at me, but not at my daughter, when we know that it is a mistake. Violence towards the mother is always violence towards the children", maintains the psychologist.

From the Ministry of Equality, the Secretary of State for Equality, Ángela Rodríguez, has reiterated in an interview on Cadena Ser that "abusers cannot be good parents" and has claimed "to think that as institutions we have arrived late and what could we do to improve, but in no case scrutinize the steps that family members have taken.