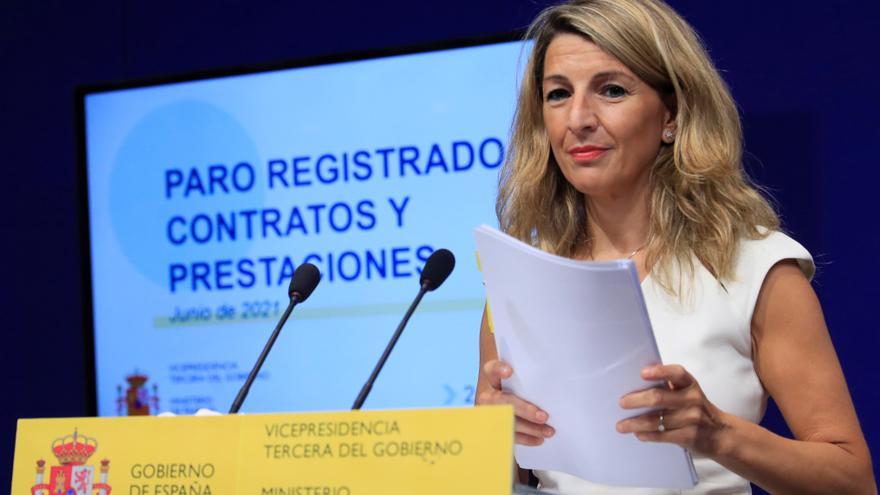 The third vice president of the Government and Minister of Labor and Social Economy, Yolanda Díaz, has used a sense of humor to respond to an article by the CEOE that the Executive’s proposal to reform the labor market is “Marxist.” “It is as Marxist as the one recommended by the Pope, Biden or the European Commission,” Díaz has ironized.

Labor proposes limiting temporary hiring, recovering the prevalence of the sectoral agreement over that of the company in salaries and creates a mechanism to prioritize the reduction of working hours over dismissals, among other measures, such as advanced elDiario.es.

The minister, in statements to RNE collected by Europa Press, has affirmed that the labor reform in which the Government and social agents are working “is a matter of the utmost delicacy”, which has been negotiating for months, and that it must be published in the Bulletin Official of the State (BOE) before December 31 because that is the term that “has been self-imposed.”

“The CEOE does what it has to do and the unions do too,” pointed out the vice president, who recalled that what is going to be done at the dialogue table on labor reform is to address the country recommendations that it has made to Spain the European Commission. “The social dialogue works and I am going to work so that there is an agreement”, he assured.

Díaz has indicated that, “beyond this caricature of Marxism” that the CEOE has made in an internal document about the Ministry’s proposal on the modernization of the labor market, he is very grateful for the work of the social agents, “who are taking seriously “this negotiation.

“I have a lot of respect for the social agents, they have autonomy and they are showing it,” said the vice president, who insisted that the social agents have always been “up to the task”, although on some occasions it meant for the unions ” get rid of their alleged parties of reference and for the bosses as well “.