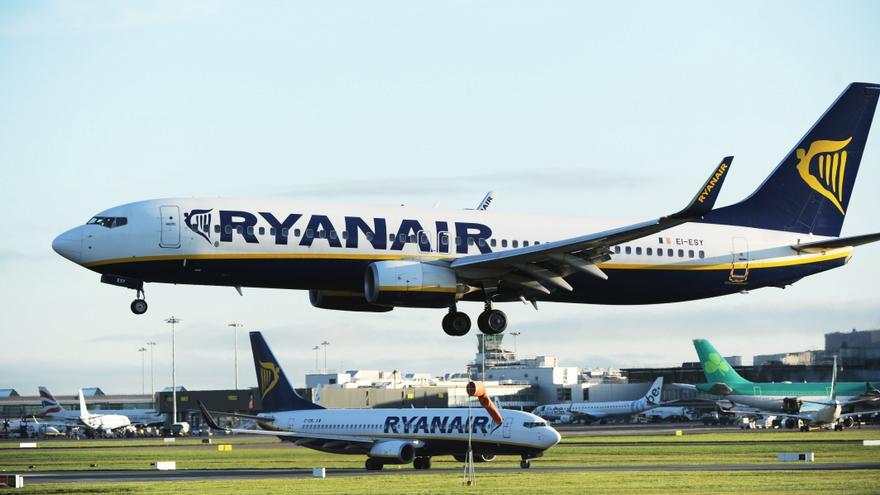 If a Ryanair cabin crew member is thirsty during a flight, the airline does not make free water available to them. If they want to drink, they must buy a bottle, like all passengers. The Labor Inspectorate has issued a requirement in Alicante in which it calls on the Irish low-cost airline to provide the staff with "free drinking water" on board. The order, if not complied with, will become an economic sanction for a serious offense, warns the labor authority.

The Labor Inspectorate has verified in its performance that, when workers want to drink water during the flight, unless they have brought it themselves, they have to purchase the bottles of the products sold on board. The price for workers is the same as for passengers. According to the catalog available at the time of the review, the 500 milliliter bottle of water was priced at 3 euros.

The requirement reminds Ryanair that not providing free water to workers violates Spanish legislation on safety and prevention of occupational hazards.

Ryanair sources denied the largest to elDiario.es and assured that they provide free water to their crew. However, the company does not refer to the flights, in which the Irish airline makes its workers pay for the bottles, according to several sources consulted. When it is expressly asked about the trips on board, on which the Inspection pronounces, they do not respond in the multinational.

From the staff they explain to this medium that Ryanair tends to hide behind the fact that there are sources in the office (crew room), where crew members can refill their bottles if they wish. "But with current protocols, the crews did not go through the crew room"They explain. Another person points out that Ryanair's security measures against the pandemic recommend that only" the essentials "pass through these offices.

The workers also criticize in any case that, even carrying water on their own, it is sometimes insufficient given the hours they spend working on board and waiting before and after flights. "If I have a rotation in summer of up to 14 hours (the legal maximum), how much water do I have to carry in my suitcase? A 5-liter jug? Pay it myself?"

From the USO union they warn that the company itself highlights in an internal manual of 'Safety and Emergency Procedures' for its crew members the importance of hydration during flights. The airline explains in this document that, at altitude, the air is dry so the membranes of the lungs dry out more. Consequently, Ryanair recommends "drinking plenty of water" on board.

The Labor Inspectorate has analyzed the situation and has concluded that Ryanair violates the legislation on the prevention of occupational risks. Among others, the General Ordinance on Safety and Hygiene at Work, which establishes minimum provisions that must be respected in the workplace. In its article 38, it refers specifically to the water supply: the employer must guarantee sufficient drinking water in proportion to the number of workers, "easily accessible to all of them and distributed in places close to the jobs".

The labor authority requires the company to make drinking water available to the crew for free, among other measures that the Inspection analyzed. As it is a requirement, the company is summoned to comply with the order within a period of time and it is warned that its non-compliance will lead to the initiation of a sanctioning file. Denying free water to the workforce is a "serious" infraction in the prevention of occupational risks, which can collect fines of 2,451 euros, in its minimum degree, up to 49,180 euros, in the most serious case.

In USO Sector Aéreo they consider that "this requirement of the Inspection represents a courageous recognition of the Labor Authority before a company that systematically violates essential rights, such as providing water to its crews. We hope that Ryanair will apply these requirements without having to higher authorities and stop endangering the health of workers and passengers. " At the moment, they indicate in USO, Ryanair has not changed its procedure.