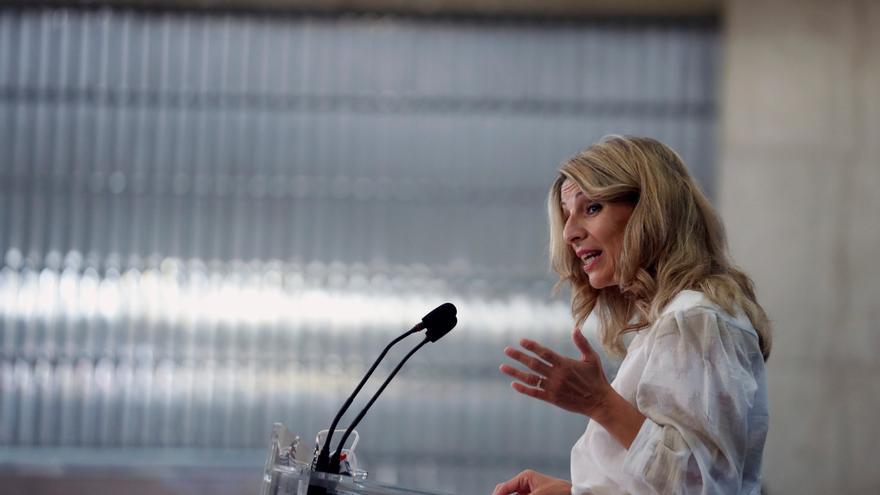 The Labor Inspectorate has detected fraud in one of every six ERTE that it has investigated. The mechanism that has sustained thousands of jobs, and has helped companies to endure in the economic stoppage caused by the coronavirus, was used by certain companies in an illicit way to get a slice of the aid and public money destined for this tool of ‘hibernation’ of employment. The Labor Inspection has already detected 5,459 infractions in companies for fraud in the ERTE to which it has imposed sanctions for a total value of 26 million euros, according to data from the Ministry of Labor.

It is about the balance until June 1 of the inspection action in the control of the legality of the Temporary Employment Regulation Files (ERTE) motivated by the pandemic, they explain in the Ministry directed by the vice president Yolanda Díaz to consultations of this medium . The labor authority has completed 33,553 files in this period, in which they have detected the 5,459 offenses mentioned. Fraud thus reaches 16% of the companies investigated at the moment. One in six.

One of the most frequent abuses has consisted of maintaining the business activity although officially the company was in ERTE of suspension. Also, that employees had to work more hours than those recognized in the partial ERTEs for reducing working hours. Several workers recognized elDiario.es suffering from these practices in the worst of the crisis. In some cases, companies offered employees to collect unemployment benefit (70% of their regulatory base) and supplement their income up to their total salary. Sometimes not even that. “The discourse is that now are very difficult times, that you have to pitch in, that if you are not going to have to make a layoff …”, a worker explained to this medium.

The rate of fraud detected at the moment is well above average. In global terms, the Labor Inspection found 89,230 infractions in 2019 out of a total of 1,060,484 actions carried out, which represents 8.4% of the total.

Depending on the type of labor irregularity and how the Inspection acts (after a complaint, in a routine action, in a specific campaign), the effectiveness varies. For example, it has been very high in the campaigns against abusive temporality and irregularities in the payment of the minimum wage to domestic workers thanks to massive data crossings, which allow the focus of the shot of the labor authority on alleged noncompliants. Only the first phase of the campaign against fraudulent temporary employment managed to get companies to make 73% of temporary workers permanent under the Inspection’s magnifying glass.

The number of infractions detected in the ERTEs will foreseeably increase in the coming months, since there are still 5,583 actions of the Inspection started and pending completion. And, while the ERTEs continue, so will the supervision of the labor authority of this mechanism, they explain in the Ministry. The latest official figures indicated that there were about 97,000 ERTE in force as of July 31, with around 331,500 workers affected.

The amount of sanctions for fraud in ERTE is already close to 26 million euros. Specifically, 25,930,721.74 euros until June 1, indicated in the Ministry. The Labor Inspectorate has also required the offending companies to pay for the undue exemptions from which they benefited from being in ERTE. Social Security exempts companies that are in temporary employment regulation files from paying a large part of the contribution to Social Security for their workers, which is known as “exemptions” or “exemptions” to the contribution. In this concept, the labor authority claims almost one million euros (996,947.25 euros) from the companies for undue exemptions.

The Vice President and Minister of Labor, Yolanda Díaz, usually highlights the proper functioning of the ERTEs and specifies that fraud affects a minority of the more than half a million companies that came to benefit from this mechanism to totally or partially suspend their workers . Even so, it is forceful with those who have used the ERTEs to save the salary of their workers at the expense of the SEPE and benefit from aid without justification. “It is a scam to the common good”, it responded in this interview from elDiario.es, in which he recalled that whoever commits it “is not aware that he can invade the criminal sphere.”

With the advance of vaccination and the reduction of restrictions against the virus, employment is on the rise and is reflected in an increase in affiliation to Social Security, but also in a decrease in workers and companies covered by ERTE. There are still 330,000 people working on this tool, of which a third are working part of their day. The current ERTE system will be in effect until September 31. It remains to be seen whether a new extension of the instrument will be agreed in a context in which the restrictions due to the pandemic are increasingly limited to certain sectors, such as tourism.