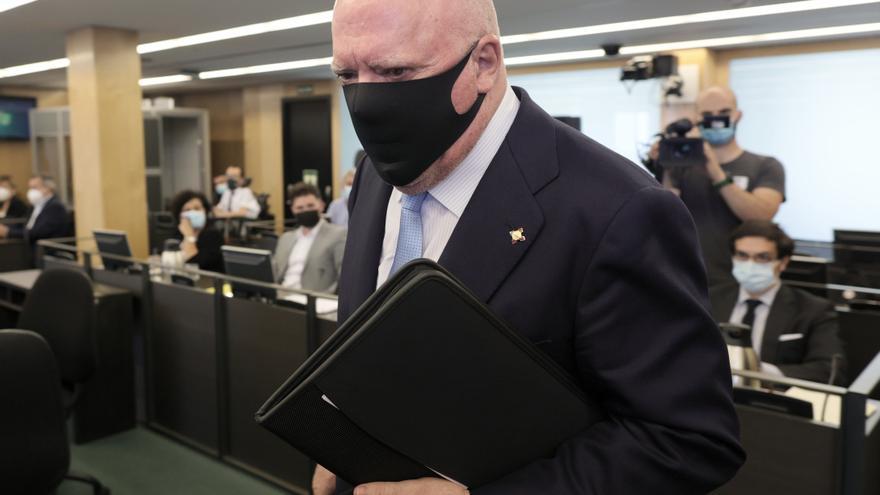 The judge in the Kitchen case, Manuel García-Castellón, has summoned José Manuel Villarejo to explain his statements yesterday before the congressional commission of inquiry, including those that allude to the alleged exchange of messages with Mariano Rajoy to inform the then president of the Government of the advances in parapolice espionage to Bárcenas, according to legal sources. Villarejo has been cited as being investigated for next Wednesday, June 2.

Likewise, García-Castellón cites Francisco Martínez, number two of the Interior at the time of the events, as investigated, and does so for that same June 2, that is, the day after he was Secretary of State for Security testify before the aforementioned investigation commission. Just that day two testified before the investigation commission, the one that was number two of the PP María Dolores de Cospedal and her husband, the businessman Ignacio López del Hierro.

Villarejo assured the parliamentary spokesmen that his messages with Rajoy resulted in what he had already transferred to other people who acted as a bridge with the president, of whom he cited the Secretary of State for Security Francisco Martínez, the president of La Razón and counselor. from Atresmedia, Mauricio Casals, and the general secretary of the PP María Dolores de Cospedal. He also said that he complained to his superiors about having to duplicate the same message.

Regarding the content, the retired commissioner said that Rajoy asked him: “Are things going well and such? Is it true that this man says he can have it in such a place? It was all very monosyllable … to ratify the information.” The commissioner did not provide such messages and only gave the first and last figures of the operating telephone number from which he was supposedly writing with Rajoy.

“I understand that the interest of the president at the time was also concerned about issues of state security because Bárcenas said he had information that affected state institutions, proof of this is that the CNI participated in the Kitchen. I interviewed several officials (of the CNI) on this issue and I know that the vice president (Soraya Sáenz de Santamaría) was informed. There is a journalist closely linked to the director of the CNI who then ate and dined with the surroundings of Bárcenas and then reported, “he added.