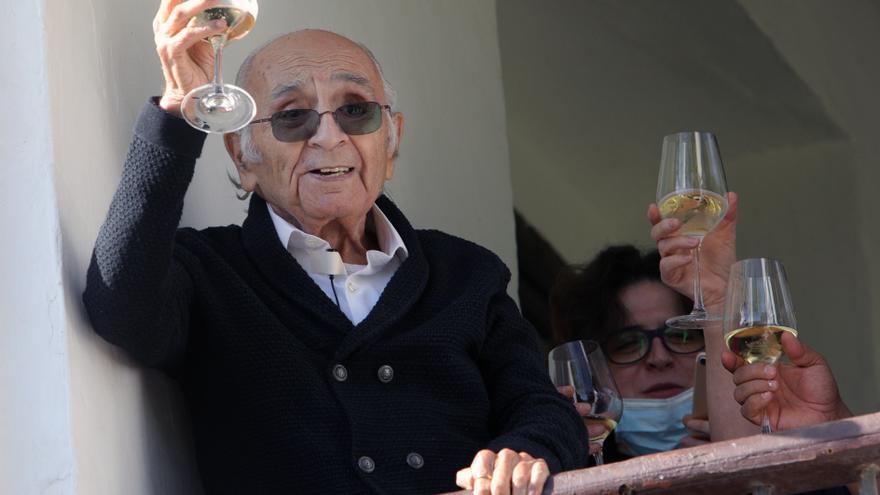 The kings present the 2020 Cervantes Prize this Wednesday to the poet and academic Francisco Brines, 89, at his home in the Valencian town of Oliva after the author’s delicate state of health and the pandemic prevented him from receiving the award on April 23 in Alcalá de Henares.

The Minister of Culture, José Manuel Rodríguez Uribes, who will attend the event together with Philip VI and Queen Letizia, it was precisely who announced that Book Day that Brines would receive the Cervantes from the hands of the kings in his native house, the Elca farm, which he can barely get out of for years.

This has been the second year in a row that the ceremony could not be held delivery of the Cervantes Prize, after it was suspended in 2020 due to the coronavirus pandemic; on that occasion, the kings moved to Barcelona in December to deliver it to Joan Margarit, who passed away last February.

Brines, one of the last living representatives of the generation of 50 and defender of the poetry As an exercise in tolerance, he responded on April 23 to the large number of congratulations he received from Cervantes with a few words of thanks from his home. “Life sometimes has the delicacy of flowers: their flesh is the petals with their obligatory color and the miracle is done; you approach and how they smell. Color, aroma and shape, a living being. And that is what man receive on earth from the hand of God. From Elca, happy good book day “, wrote the poet in a message sent to his friends and the many people who congratulated him. The text was accompanied by a photograph in which an image of the manuscript of his poem “The Last Trip” appeared, on which he had placed a red rose with which the writer also wanted to join the celebration of International Book Day.

A few days before, in a musical and literary tribute organized in Valencia by the Generalitat and the foundation that bears his name, Brines, in a recorded message, he glossed what we are: “The mystery that exists between two nothingness”.