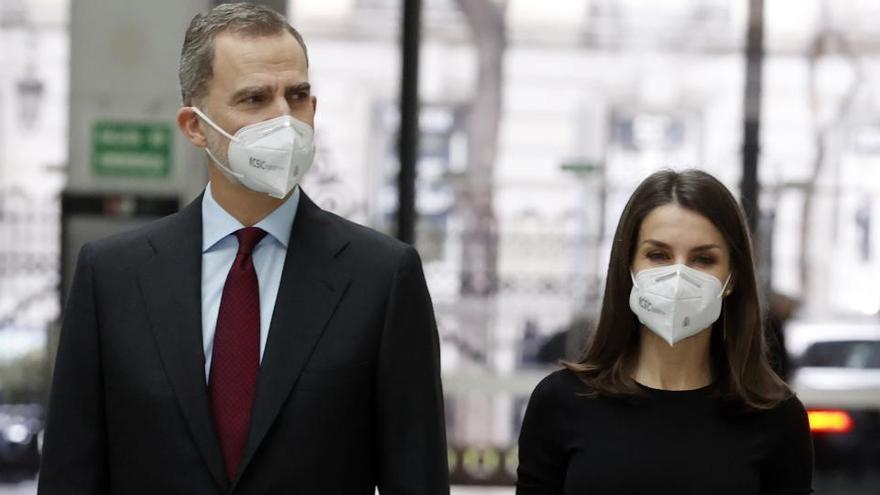 The King has affirmed this Tuesday that "without freedom of expression and information there is no democracy" and that the work of journalism it contributes to "a more open, democratic, plural and mature society."

Felipe VI, together with Queen Letizia, he has presided the delivery of the 2019 and 2020 awards of the Madrid Press Association (APM), which could not be held last year due to the pandemic.

Among those distinguished, are the presenter of Telediario 2 of TVE, Carlos Franganillo, and the director of the program "More than one" of Onda Cero, Carlos Alsina, who have received the Award for Best Journalist of the Year 2019 and 2020, respectively.

"The exercise of journalism in freedom is inherent to democracy. And, in Spain, which is a good example of this, we have had, and we have, excellent professionals who with their work contribute to strengthening the institutions destined to the service of all Spaniards ", the King praised in his speech at the Palacio de Cibeles in Madrid.

For the head of state, "there is no doubt that without freedom of expression and information there is no democracy" and the successes of the exercise of journalism will benefit society and the values ​​of the Constitution.

Coinciding with the 125th anniversary of the APM, Felipe VI has shown his "great" respect for the journalist's work for contributing to "a more open, democratic, plural and mature society."

"For this reason, the queen and I are here with you, who in journalism obviously brings me a lot of advantage and trade," the monarch added before recalling that Doña Letizia received the Young Journalist Award from the APM in 2001 when he was on TVE.

Felipe VI has referred to the difficult economic situation that journalism is going through and to the technological evolution that conditions the business model.

Both factors draw, according to the King, "a complex scenario for the media today and for the future."

However, he has emphasized that journalism is "today and always necessary" in their "great responsibility" to "serve the truth" and combat misinformation, false news or propaganda, which "strive to increasingly influence reality" in an environment increasingly conditioned by social networks.

For this reason, Don Felipe has asked journalists "Act with rigor, avoid precipitation in the dissemination of information and contrast it before disseminating it."

Alsina has intervened on behalf of all, who has warned that "the silence of the free press is the death of democracy."

"And it is true that there is a legion of enemies of the press and of democracy who are wanting to end both at the same time, "continued the announcer, who said he shared with the other winners that they are" interested in the truth and irritated by lies. "

Given the changes that the pandemic has caused in working methods, he has vindicated the work on the ground of journalists.

"We like to work, but we don't like teleworking so much. Not all events can be covered from the living room of the house with fiber," Alsina pointed out in an event that has not been allowed access to the press, except for the awarded.

The kings have been accompanied by the head of Territorial Policy and Public Function, Miquel Iceta, in his debut as a day minister since he took office two weeks ago.