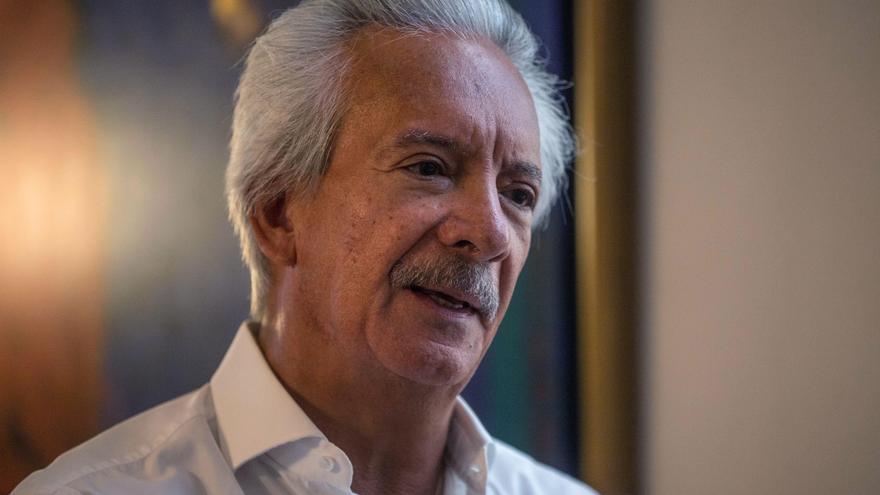 Guatemala, Mar 5 (EFE) .- El Periódico de Guatemala, awarded this week the King of Spain International Journalism Award for Outstanding Media in Ibero-America, went from the usual “marginality” and routine “loneliness” to being sheltered by the award , as recognized by its founder and owner, José Rubén Zamora.

In 25 years, the roulette that El Periódico Guatemala has experienced has been one of constant crisis. “We owe it to financial theology, to bring together eight miracles a week. We were born with coronavirus,” jokes Zamora during an interview this Friday with Efe at his home in the south of the Guatemalan capital.

The award, created jointly by the Efe Agency and the Spanish Agency for International Development Cooperation (AECID) in 1983 and awarded to El Periódico on Wednesday, changed “in an instant” that feeling of “loneliness and marginality” that he feels in Sometimes a journalist and in which the Central American milieu has lived, to give way to a feeling of being “overwhelmingly accompanied,” argues Zamora.

“It means that someone noticed our work,” he adds and emphasizes that he values ​​”this recognition very much and we receive it with humility and appreciation. We feel very comforted and very accompanied.”

Zamora is internationally recognized and his medium has published important investigations in the last two decades, including publications that contributed to the fall of the Government of Otto Pérez Molina (2012-2015) due to corruption.

A DAILY IN AN UNPUNISHED KINGDOM

El Periódico emerged in 1996 under the leadership of Zamora, who had come out of another newspaper, Siglo 21. It was then that he assembled a team of investigative reporters and front-line editors and went out to try to counter impunity from the new newspaper.

“We have undergone an incipient transformation, seeking not only to have a written presence. We are seeking a transformation to have a greater emphasis on digital, but in essence we are the same. I would say that collectively we are 180 years old and not 25 years of being in the fight, in The struggle remains the same: Guatemala continues to be a kingdom of impunity and corruption, “describes the founder of the newspaper.

25 years ago, Guatemala ended a war that lasted more than three decades, the so-called internal armed conflict between the Army and the guerrillas that left more than 200,000 victims and 45,000 forced disappearances, caused in more than 90% by the State, according to the Commission. for Historical Clarification.

The democratic heritage of peace, says the journalist, has undergone “a sinister and radical transformation. Every four years we elect a thieving president, a dictator who governs us every four years, in amalgamation with interests of organized crime, drug trafficking mafias and with the established power, “wielded Zamora.

In this scenario, and in the absence of “mechanisms” and that “there are no institutions, there are no accountability tools, what remains is small media such as El Periódico, which we force some small pressure for people to have, if not a punishment or a criminal prosecution, then at least they have a public shame “.

WITH COVERS IN THE DEMONSTRATIONS

The investigations of El Periódico have come to give “great contributions” to society, as Zamora acknowledges, although he has also seen how “our readers, surely, have been frustrated because there are no changes (…) It feels like one is alone plowing in the sea “.

But in the middle of the abyss, the communicator considers that “at a certain moment there are explosions; not for nothing in Guatemala there are 32 volcanoes, many of them in constant boil and suddenly the Guatemalan gets tired, has courage, has courage and takes to the streets and demands “.

Sentimental and emotional, as a paradox because he is “a man of numbers”, Zamora admits to having cried when he saw in the central square in a demonstration people brandishing the covers of El Periódico as slogans against a parallel power in the reconfiguring state over time.

This power that has affected the income of El Periódico and other media in the country. Zamora says that at the end of the government of Otto Pérez Molina in 2015, when the president resigned to be prosecuted for corruption, the middle team was reduced from 500 to 150 people.

Nor has he and his diary been oblivious to physical and legal attacks, attacks and financial drowning. In addition, there are still “35 criminal complaints against me,” he smiles, after almost 200 received in recent years.

The complaints are filed by the same money laundering defendants, for example, who accuse him of defamation for having published that they had laundered money, he says.

The only answer that Zamora has left, he says, is work, constant transformation and understanding of that “democratization and change of sovereignty”, which at some point belonged “to the director of the medium and before that to the governments that influenced in the media “and that now” is the sovereignty of the people, of the readers, “he estimates.

Zamora, 64 years old and distinguished with awards such as the International Press Institute World Press Freedom Heroes in 2000, concludes that a medium “either responds to the agenda of the people, of the readers, or it is outside. It is an indispensable pressure so that we develop a dynamic rhythm that keeps us on the crest of the wave. ”