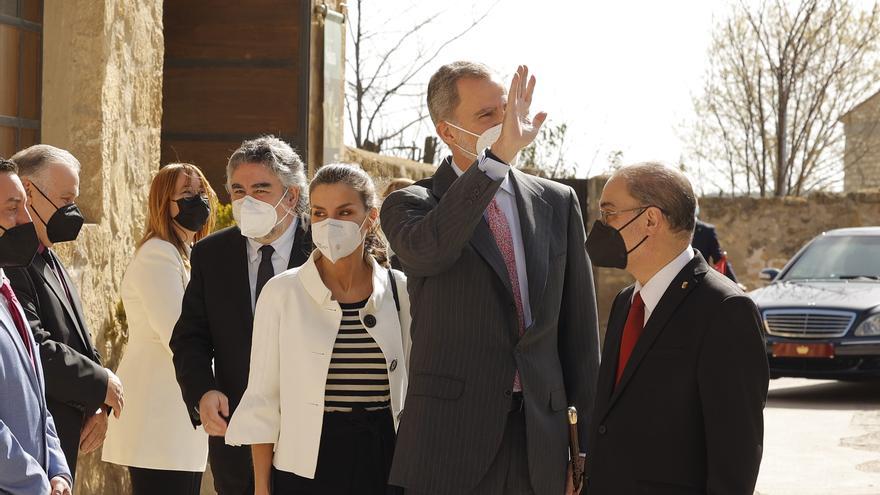 The King Felipe VI has celebrated this Monday the “genius” and the “work” of Francisco de Goya, “one of the most universal Spanish artists in history” whose legacy served to “interpret” the reality of two centuries ago but also to “imagine” and “invent”.

Felipe VI has pronounced these words at the closing of the meeting with members of the Goya Foundation in Aragón and the Goya Fuendetodos Cultural Consortium, who has presided alongside Queen Letizia this Monday in the painter’s hometown on the occasion of the 275th anniversary of his birth.

The King has highlighted the work of Goya, who more than two centuries ago was able to reflect “with extraordinary fidelity the reality of a society, of an era and, in short, the soul of a people in one of the most turbulent times in its history “.

The artist’s work, the monarch continued, reflects his “unique” personality, as well as his curiosity, “decisive for imagining, inventing, creating and interpreting reality.”

In this way, that of Fuendetodos represents a “precursor icon” for modern art in different disciplines, from literature to the performing arts, the head of state has pointed out.

Felipe VI also wanted dedicate a few words to the Teruel composer Antón García Abril, recently deceased, author of the hymn of Aragon, among other melodies, and a figure that reflects the “wealth” of Aragon.

Likewise, the monarch has remembered Ignacio Zuloaga, “a decisive person” in the survival of the artist’s memory and in the projection of Fuendetodos, as well as in the recovery of Goya’s birthplace and, with it, “the immortal legacy “from one of the” greatest universal creators “Spanish.

In addition, the presence of mayors from different municipalities with Goya’s work has stood out because “they highlight the imperishable footprint” of the Aragonese painter.

“All together you convey messages that value both the urban and rural areas, while transmitting a call to self-esteem, entrepreneurship and the talent of our citizens,” he added.

On the eve of Goya’s birthday, the kings have been received, among other authorities, by the president of Aragon, Javier Lambán; that of the Diputación de Zaragoza (DPZ), Juan Antonio Sánchez Quero, and the mayor of Fuendetodos, Enrique Salueña, who has handed over the baton to the head of state in front of Goya’s birthplace.

The kings have walked through different Goya places such as the painter’s birthplace, the Engraving Workshop or the Plaza de las Reliquias to end their tour at the Fuendetodos Space, where the meeting took place.

Neighbors of this Zaragoza town of just over a hundred inhabitants and neighboring municipalities have approached the enclaves through which the kings have passed, decorated with flags of Spain and Aragon, to whom they have thanked their presence with cheers from “Long live the king!” and “Long live the kings!”

At the meeting, the President of Aragon insisted on the importance of claiming the “vital” link between the painter and Aragon, “land of talent”.

Lambán has opted for “imposing a vision of Spain that transcends Madrid”, framed in the “national heritage” that Goya supposes, for which he has asked that the institutions “open up” and stop feeling “of Madrid”.

For his part, the filmmaker Carlos Saura, who will make a “cinematographic replica” of a painting by Goya, has lamented that culture in Spain is “in very low numbers” and has applauded Goya’s work as a “lesson.”

The event was also attended by the Minister of Culture, José Manuel Rodríguez Uribes; the Minister of Culture of the Government of Aragon, Felipe Faci; the Duke of Alba, Carlos Fitz-James Stuart, and the director of the National Library of Spain, Ana Santos Aramburo, as patrons of the Goya Foundation, who have been able to learn about the acts prepared by Aragon to commemorate the anniversary.