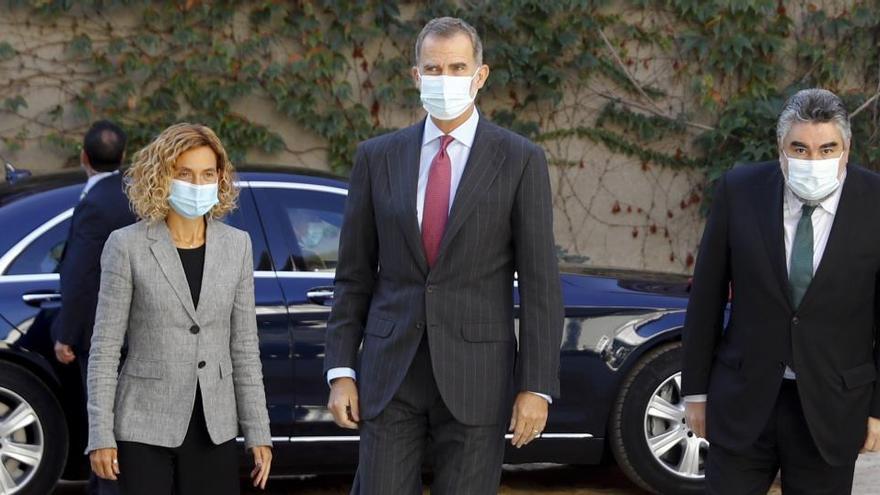 Felipe VI assured this Monday that culture is to a great extent “the pulse and nerve of a nation” and that without it the progress of society is not possible “without falling into degradation or decay.”

The king has made a plea of ​​culture in the act with which he has inaugurated the reform of the facilities of the José Ortega y Gasset-Gregorio Marañón Foundation (FOM) in Madrid and the presentation of the digital edition of Ortega’s complete works.

It was the first appearance of the Head of State after the controversy over his absence from the act of handing over the dispatches to the new judges held last Friday in Barcelona and for your call to the president of the General Council of the Judiciary (CGPJ), Carlos Lesmes, to tell him that he “would have liked to be”, after the government decided not to attend for reasons of political opportunity.

In his speech, Don Felipe has not alluded to the controversy and has limited itself to talking about culture and praising the legacy of Ortega y Gasset and Marañón, two of the most important Spanish thinkers of the first half of the 20th century.

The king has assured that thought, training and culture are “three backbone elements of today’s Spain and that of any time” and has vindicated the value of culture, which he has defined as “the pulse and sinew of a nation”.

In culture, Felipe VI has argued, “you have to add and not subtract”, because “without it the profound progress of a society is not possible without falling into degradation or decadence”.

The king’s words coincide in a moment of special difficulty for the world of culture due to the impact that the pandemic has had on the sector, especially given the restrictions on the public at shows.

He was accompanied by the Minister of Culture, José Manuel Rodríguez Uribes, who thanked the monarch for his assistance: “This act is enhanced and magnified by his presence as head of state.”

In addition to the premiere of the new FOM facilities, the event served to present the digital edition of the complete works of Ortega y Gasset, author, among other books, of “The rebellion of the masses.”

Of the philosopher and essayist from Madrid (1883-1955) and founder of the Revista de Occidente, Felipe VI has remarked that he continues to be “an essential guide and reference” due to his intellectual background and an “exceptional creative capacity”, in addition to his attention to “the structuring, cohesion and modernization of Spain” and its integration in Europe.

The president of the FOM, Gregorio Marañón and Bertrán de Lis, grandson of the famous doctor, has given the king an electronic book with the ten digitized volumes of Ortega y Gasset’s work.

“It will help me to return in this other way about Ortega’s work that, without a doubt, I will enjoy and from which, on the other hand, I have never been away “, thanked the head of state.

He has also praised the figure of Marañón (1887-1960), doctor, writer and historian, whom He has qualified as one of the scientists with “the greatest impact and projection in the recent History of Spain”.

“He was a doctor who knew how to transmit the unavoidable mission of a profession, of a vocation, dedicated to others with care, honesty, wisdom and understanding. It reminds us in each of its pages the value of science, the essential place of humanism in society, the individual effort to reach new challenges and compassion towards those who suffer “, he valued.

The monarch has stressed that society always needs “creative, free and curious spirits”, in the style of those represented by the two intellectuals.

The fact that Ortega y Gasset’s writings can already be read in digital format is especially important for “reach the new generations”, who read mostly on devices such as mobile phones, and the entire Spanish-speaking community, said the coordinator of the complete works, Javier Zamora.

“Without this, Ortega’s work would be opaque to a large part of the population,” has pointed out Zamora, who has defined the digital compilation as “one of the most ambitious editorial projects in recent years”.

In addition to the minister, the president of the Congress, Meritxell Batet, who is also patron of the FOM, which was established in 2010 as a result of the merger of the two entities that they conserved separately the legacy of Ortega y Gasset and Marañón.