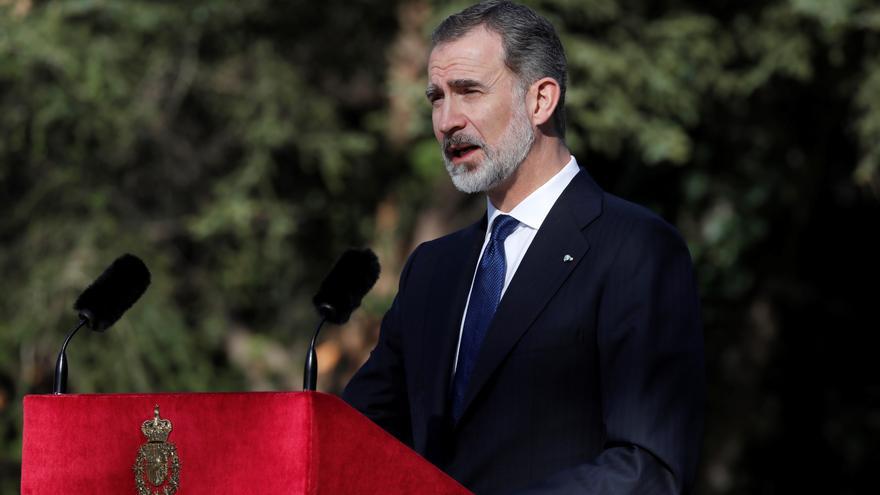 Valladolid, Apr 5 (EFE) .- Felipe VI has accepted the Honorary Presidency of the cultural and commemorative program of the V Centenary of the Community Movement (1521-2021), organized by the Cortes of Castilla y León and which will open on the 22nd , a great exhibition of this historical and social event.

“It gives us more drive, more strength so that this fifth centenary is a success and fulfills its main objective, which is to give visibility to our territory and make it economically dynamic through our culture and historical heritage,” said the president on Monday. of the regional Courts, Luis Fuentes.

The royal house, by means of a letter addressed to Fuentes, has informed of the acceptance of the Honorary Presidency of Felipe VI to the commemorative acts organized by the Parliament of Castilla y León together with a scientific and academic committee created almost a year ago and headed by professor and historian Salvador Rus (University of León).

The support of Felipe VI is also “a recognition and support for the work that we have been doing for many months around this anniversary” centered around the historical fact of the battle of Villalar (April 23, 1521) that consummated the defeat of the commune troops against the royal army of Carlos V.

In the invitation sent to the royal house, the Parliament of Castilla y León argued in its day how the community movement acted from “a legitimacy based on the common good of the kingdom and the best service to the king himself, as well as the one that gave them to the attorneys gathered, in Ávila first and Tordesillas (Valladolid) later, having been elected by their fellow citizens and representing all levels of Castilian society at the time “.

The commemorative program will begin on Thursday 22 with the opening in Valladolid of a great exhibition at the headquarters of the regional Courts, “the exhibition event of the year in Castilla y León and throughout Spain”, in the words of Luis Fuentes.

It will continue from May 19 to 21, on the same stage, with the celebration of an international congress and the participation of leading historians from national and international universities, institutes and centers.

On October 2, with the musical accompaniment of the Symphony Orchestra of Castilla y León (OSCyL), Ígor Escudero will premiere an opera dedicated to the community members in Salamanca, and a documentary currently in the filming phase about this historical event is planned.