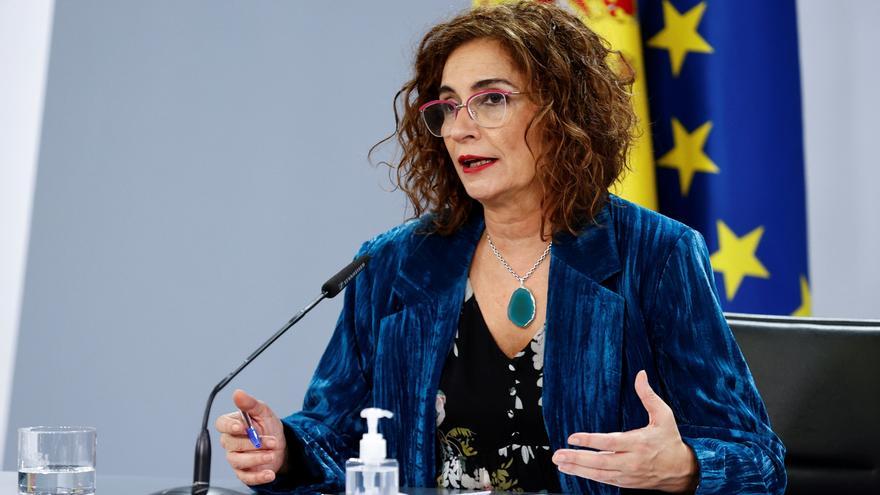 The Council of Ministers has approved this Tuesday a Royal Decree omnibus with numerous sections that go from the extension of the unemployment benefit to people who exhausted the benefits during the state of alarm, the prohibition of the cuts of basic supplies (electricity, water and gas) to users with the condition of vulnerable, severely vulnerable or at risk of social exclusion, the suspension of evictions until May 9 or the relaxation of public procurement in order to absorb and execute the aid plan from the European Union to alleviate the impact of COVID-19 and the shock plan for the hotel and trade industry, among other actions. These are the measures included in the Royal Decree Law of Modernization of Public Administration for the execution of the Recovery, Transformation and Resilience Plan:

The Council of Ministers has also reopened the application period to request the subsidy of 430 euros for the unemployed who exhausted their unemployment benefits during the first state of alarm, as elDiario.es advanced. The Ministry of Labor grants a new period of one month to request the aid after the requests did not reach even half of the people who were intended to benefit from the measure. In addition, some unemployed people criticized that the letter from the Ministry informing them of the subsidy came to them after the time allowed to request it, which was only three weeks, until November 30.

The Ministry of Labor has also brought to the Council the transposition of the European Directive on carcinogenic substances in the workplace, on which Brussels urged the Government a few weeks ago at the risk of bringing Spain to the Court of Justice of the European Union. The Executive adapts the internal legislation, with the expansion of the list of substances considered carcinogenic and, in addition, with new limit values ​​for exposure to harmful agents. In this last area, it stands out Yolanda Díaz has maintained the permitted exposure levels of three substances (silica powder, bromoethylene and acrylamide) that the previous Ministry of Labor, led by Magdalena Valerio, proposed to increase despite the opposition of the unions and against the criteria of the National Institute of Safety and Health at Work.

In addition, the Council of Ministers has made progress in the ratification process of the revised European Social Charter, endorsed in November by the Congress of Deputies. The Government has authorized the Collective Claims Protocol, which now allows social agents (trade union and business organizations) and NGOs in Europe to denounce the State, in this case Spain, for not complying with the social guarantees recognized in the Charter.

The rule approved by the Executive on Tuesday also includes the announced ban on cuts in basic supplies (electricity, water and gas) to users with the condition of vulnerable, severely vulnerable or at risk of social exclusion. The prohibition, which will be in force while the state of alarm lasts, will also apply not only to the contract holders but also to those people who cannot prove it but who meet said conditions, being able to demonstrate said circumstance through social services or mediators social (Third Sector entities).

The prohibition is a demand of United We Can that was initially rejected by the fourth vice president and minister for the Ecological Transition, Teresa Ribera, who was in favor of implementing only the prohibition of power cuts that already declined in September. To accredit the condition of vulnerable consumer before the companies supplying natural gas and water, it will be enough to present the last electricity bill that reflects the perception of the electricity social bonus.

Suspension of evictions and compensation to the owner until May 9

After several weeks of negotiation, the Council of Ministers has finally approved a new suspension of evictions while the State of Alarm lasts: until next May 9. The decree extends the suspension to all vulnerable people and not only to those vulnerable due to COVID, as it was in force until January 31. This requirement only contemplated the suspension of evictions for those who demonstrated that the pandemic had left them in a vulnerable situation (for example, people in ERTE or unemployment), but not those who were previously vulnerable.

The person affected by the launch will have to submit their request for postponement. The court must then request a report from the social services that certifies the vulnerability while the Autonomous Community searches for a housing alternative. If it is not successful, the launch is suspended. "It is about motivating the search for a housing alternative", stressed the Minister of Transport and Urban Agenda, José Luis Ábalos.

If there is no alternative, the homeowner may request “compensation” from the state, be it a large or small holder. To calculate this compensation, the Ministry will go to the rental price benchmark that it published last June and which was intended as a tool for rent regulation (a measure that has not yet been approved).

As Ábalos has announced, the suspension of launches is extended to another group: that of people without a rental contract, those who occupy homes "without the mediation of violence, intimidation or any lawful action" and that in no case are the anyone's habitual residence or second home.

Carmen Calvo has advanced in the press conference that, in order to absorb and execute the aid plan from the European Union, a plan has been designed to make the contracting and procedures of the public sector more flexible. Among the measures she has pointed out, the Vice President of the Government has indicated that the different ministries will be able to dedicate part of their staff exclusively to these plans, as well as to incorporate new employees to manage the aid plan. "It is about giving efficiency and having well-located human resources," he said during the press conference.

To this will be added a reform of public procedures. "They are specific modifications to improve the processing of files, contracting from the administration, the management and control of agreements, subsidies or consortium formulas for the private sector", has influenced. With this, he explained that it is intended that the hiring and management be "more agile, short, efficient, clear and light", without losing sight of the "control and rigor" necessary so that this investment from Europe can be applied. Finally, it has advanced that the Government will create a registry with entities interested in participating in public-private collaboration projects.