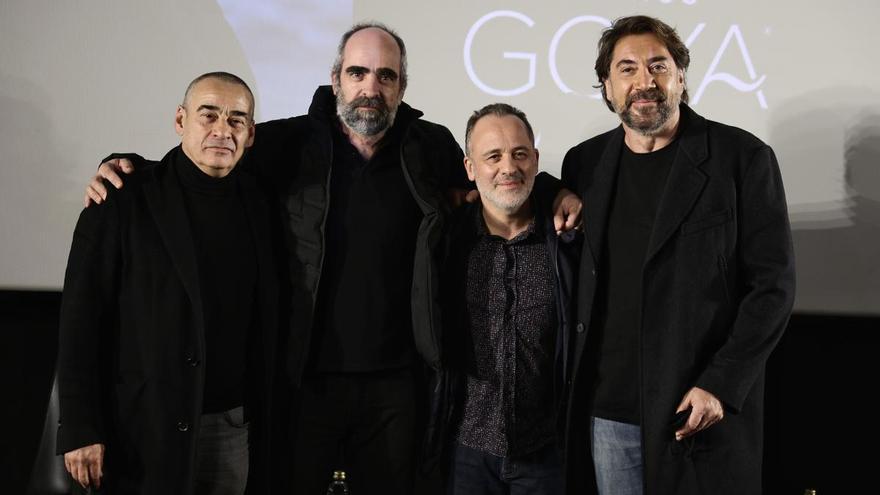 The city of Valencia dresses up to host the celebration of the 36th edition of the Goya Awards. The most prestigious awards in Spanish cinema will award this Saturday the best of the seventh art, in a gala that will honor the Valencian director Luis García Berlanga.

With 'The good boss' by Fernando León de Aranoa as a great favoritethe Goya awards ceremony promises to recover the brilliance of past editions and, as the president of the Film Academy, Mariano Barroso, advanced at the awards presentation press conference, it will be full of surprises.

A “reunion with the cinema”

After last year's gala in Malaga, marked by the absence of the public and the telematic presence of nominees due to the pandemic, those of 2022 will be the Goyas of reunion and celebration.

With the Valencian Berlanga as a great reference and a new international look, thanks to the presence of Cate Blanchett Y three brand new Oscar nomineesthe delivery ceremony may be followed live on our website starting at 8:00 p.m. with the start of the Red carpet.

The great favorite of the Goya

Fernando León de Aranoa's satire on the world of work is the clear favorite with a record 20 nominations, including best film, direction, original screenplay and eight nominations for its actors, led by Javier Bardem -nominated for an Oscar for "Ser los Ricardo"-.

follow him "Maixabel" by Iciar Bollain a true story of forgiveness and reconciliation within the framework of ETA terrorism, with 14 nominations, which also include the main categories, and Almodóvar's "Parallel Mothers" with eight.

The quintet of hopefuls goya best movie they complete it "Mediterranean" (7 nominations) by Marcel Barrenaabout the work of the Open Arms in rescuing immigrants and "Freedom" (6), by Clara Roqueta coming-of-age and class-awareness story.

The four of them Goya nominees for Best Leading Actor this year they add together thirteen Goya awards in their career as performers and 37 nominations. Javier Bardem takes the cake with five Goyas, although Edward Fernandez he beats him in candidacies, thirteen against ten.

Bardem is the big favorite this year as a businessman with a friendly facade and few scruples in "The Good Boss." Fernández gives life to lifeguard Oscar Camps in "Mediterráneo". louis tosar -with nine nominations and three Goya awards behind him- is the remorseful terrorist in "Maixabel" and Javier Gutierrez -five nominations, two awards- the educator with a dark background from "The daughter".

The actresses of the Goya

With his Oscar nomination for "Parallel Mothers," Penélope Cruz seems the favorite for the Goyabut the designs of the Spanish academics can surprise and the awards pre-season gives an idea of ​​how close the stakes are.

Petra Martínez, nominated for the Goya for the first time at the age of 77 with "La vida era eso", won the Feroz award from film critics and Blanca Portillo, with "Maixabel", the Forqué from the producers of EGEDA. The fourth candidate is Emma Suárez for "Josefina", a story of loneliness and second chances.

José Sacristán will receive the traditional Goya of Honor for being the face and voice of Spanish cinema for the last six decades in films such as "A Man Called Autumn Flower", "The Deputy", "The Journey to Nowhere" or "Come to Germany, Pepe!".

But also the Australian actress Cate Blanchett will collect the first International Goyaa new recognition from the Film Academy intended for "personalities who contribute to cinema as an art that unites cultures and viewers around the world."

Actress Cate Blanchett at the Palau de les Arts, where she will receive the first International Goya Award. EP

The Catalan Clara Roquet, with "Libertad", is the favorite to win the Goya for best new directionsince it has six nominations in total, including best film, along with the most established names in Spanish cinema.

The other candidates are "La vida era eso", the emotional liberation journey of a woman past 70 years of age, directed by David Martín de los Santos, "Chavalas", a story of peripheral friendships by Carol Rodríguez and "Josefina" by Javier Framework.

The return of the last winners

Instead of a single presenter or a couple, the Academy has opted this year for a collective model. Figures such as Carmen Machi, Antonio Banderas, Ángela Molina, Bárbara Lennie or Paco León will participate in the gala.

They will also go on stage to award prizes. Goya winners last year, a kind of compensation for not having been able to go to Malaga, including Nathalie Poza, Patricia López Arnáiz, Pilar Palomero, and Mabel Lozano or the singer Rozalén.

Between the musical performances that the gala will feature highlights the reappearance of Joaquin Sabinawho had not been on stage since the concert on February 12, 2020 at the Wizink Center, when he suffered a fall and had to be hospitalized.

will do it with Leiva and they will also be C.Tangana Y house light.

The box office does not take off

The box office in Spain closed 2021 with a clear recovery trend. After the disastrous 2020 pandemic -the drop was more than 70%- the total collection rose by 45% in 2021, but mainly pushed by blockbusters like "Spiderman".