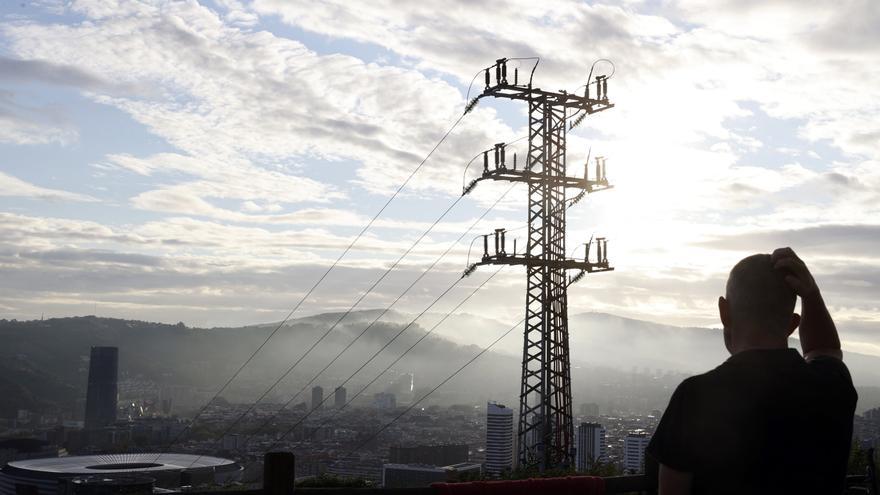 The Council of Ministers has approved this Tuesday the expected Royal Decree-Law with the Government's shock plan to lower the cost of electricity, which according to the third vice president and minister for the Ecological Transition, Teresa Ribera, will entail a reduction in the bill of an average consumer of 22% between now and the end of the year, a percentage that, added to the temporary tax cuts approved in June, would reach 30%.

The package seeks to cover the effect of the spectacular rise in the wholesale electricity market, whose average daily price will exceed 170 euros per megawatt hour this Wednesday for the first time (MWh) for the record prices of gas and CO2. These are the main measures contained in the decree:

Detraction of revenues to hydroelectric and nuclear. It is surely the measure that electricity companies will answer the most. The decree will temporarily cut (until March 31, 2022) the extra income that these plants are receiving (also some renewables that do not charge a premium or are eligible for auctions in recent years) due to the spectacular increase in the price of the so-called pool, derived from the rise in gas prices, which they do not support, and which has risen 250% this year in international markets. This summer of record prices, hydroelectric (with hardly any variable costs) has been predominant in the matching of the daily market, taking advantage of the high prices offered by combined cycle plants (which burn natural gas) for the cost of raw materials and CO2, with the consequent excess profits at the expense of consumers.

The Government estimates that the so-called infra-marginal technologies should return 2.6 billion euros to the electricity system, taking into account the current price of gas. This amount is in addition to the cut of 650 million due to the increase in CO2 prices (in this case definitive and pending approval). Companies will be discounted proportionally, with a limit of 90%, depending on the price of the Iberian gas market (MibGas), from a minimum of 20 euros (now over 60 euros), corresponding to the average price of Mibgas since its start-up in 2017. It is estimated that it will affect about 50 TWh of energy. The money will be required from the electricity companies after a month in arrears so that they return it to specific specific accounts of the National Commission of Markets and Competition (CNMC). With these funds, charges will be reduced, the regulated part of the receipt set by the Government.

CO2 auctions. By increasing the limit of the money collected for emission rights that can be used for charges in the electricity sector (from 1,100 million to 2,000 million), the State will contribute 900 million from the extra collection obtained by carbon auctions, whose price It has also skyrocketed this year as a result of the rebound in the economy and the greater climate ambition of the EU, which has meant that only until June 21, when this spiral of increases had already begun, the income obtained by the State for those auctions already amounted to 1,014 million.

With those 900 million and the funds from the temporary deduction of income to hydroelectric and nuclear already mentioned, charges will be reduced by 96%, which finance the costs of premiums for older renewables, the extra cost of non-peninsular systems or the deficit accumulated tariff. With this, the regulated part of the bill will be reduced by almost 50% for domestic and SMEs and between 40% and 25% for the industry, according to the forecasts of the Ribera department.

Limit to gas increases in the bill. The escalation of this raw material will also lead the Executive to stop for two quarters the rise in the regulated rate of natural gas, which has about 1.5 million supplies. The average increase in the three bands of the last resort tariff (TUR) in the next quarterly review, on October 1, will be 4.6% (between 4.4% and 5%, depending on consumption ), instead of the 29% that would correspond to the evolution of the raw material. The amounts owed will be passed on in subsequent reviews, with a "buffer mechanism" similar to that for butane. Last resort traders (CUR) will have to temporarily finance the difference. The amounts owed will be passed on in subsequent reviews. In March 2021 (latest data available) there were 6,412,454 customers of gas supplied at free price (80.23% of the total) and the remaining 19.77% (1,579,821 customers) were in the TUR, according to the CNMC.

Primary energy auctions. Teresa Ribera defined it this Tuesday as "a new model for setting electricity prices" whose objective is to "reduce" the weight of the pool in the formation of final prices, in the expression of the vice president. With these auctions, the large companies in the sector will be forced to transfer part of their energy (up to 25% of their generation, mainly hydroelectric and nuclear) to independent marketers and large consumers, in order to reduce the weight of the wholesale market in the formation of prices and promote the liquidity of the so-called forward markets.

The first auction will be held before the end of the year with approximately 6.3% of last year's national demand, some 15,830 GWh. Iberdrola, Endesa, EdP and Naturgy will be obliged to sell their energy and a reserve price will be established at the proposal of the CNMC (it will be confidential) based on generation costs. The norm foresees to reform the regulated tariff of the voluntary price to the small consumer (PVPC) that have more than 10 million domestic consumers so that it incorporates the price reference of that auction with a maximum weighting of 10%. But the announced modification of the regulated tariff is, if anything, for later.

Tax rebates. The approved decree also includes the temporary tax reductions of the invoice already announced, which consist of extending until December the VAT reduction to 10% for domestic workers, the suspension of the generation tax of 7% and the reduction up to the limit that allows Brussels (with a 90% discount, until the rate is 0.5%) of the Electricity Tax of 5.11%. The collection of this tribute (about 1,400 million a year) is assigned to the Autonomous Communities, and the Government must compensate them for it; According to the technicians of the Ministry of Finance (Gestha), it will mean a loss of income of 380 million euros. In the Executive they trust that the higher prosecutors received so far due to the increases in electricity in recent months will lessen the loss of income.

Minimum vital supply. It is one of the permanent measures. The Government had planned this since it approved its 2019 Strategy against Energy Poverty in 2019. This figure will be introduced in the Electricity Sector Law to extend the ban on cutting off electricity to severe vulnerable consumers for a further six months (ten in total), while guaranteeing a "minimum supply of comfort" with a power of 3.5 kv.

Environmental measures. The Water Law will be reformed to, according to Ribera, guarantee a "rational use of the resource" and avoid sudden drainage of the reservoirs after the shocking images seen this summer of record electricity prices, "which have made us all ashamed" . At the beginning of each hydrological year, the hydrographic confederations will establish a minimum and maximum regime of monthly flows to be discharged in reservoirs greater than 50 Hm3, both for situations of hydrological normality and prolonged drought, as well as a regime of minimum volumes of reservoirs impounded. for each month.

These measures are independent of the two "structural" measures that the Government had proposed so far to lower the bill: the fund to remove the premiums for renewables from the bill, which Congress began to process this week, and the mechanism for detract CO2 revenue. Both initiatives are included in separate bills and the Council of Ministers approved this Tuesday to process them urgently. The Nuclear Forum has warned this Tuesday of the "cessation of activity of the nuclear park if the CO2 bill goes ahead in the terms set forth" because, it assures, it leads to losses to the reactors, which provide 20% of the electricity.

According to the nuclear lobby, the excessive fiscal pressure borne by the Spanish nuclear park and the impact of the CO2 bill in its current wording (together they may exceed € 30 / MWh), together with the planned 3,000 million euros of investments to carry out until the cessation of the operation of the nuclear park in 2035 ", would lead to the nuclear park" to its economic-financial unfeasibility and would lead to the anticipated cessation of the activity ". All this," in an environment of future prices below € 50 / MWh from 2024 onwards, due to the massive entry of renewable energies into the system with marginal costs tending to zero. "Foro Nuclear points out that the decree approved this Tuesday," even though it is of temporary application, deepens even more in penalizing nuclear power generation ".