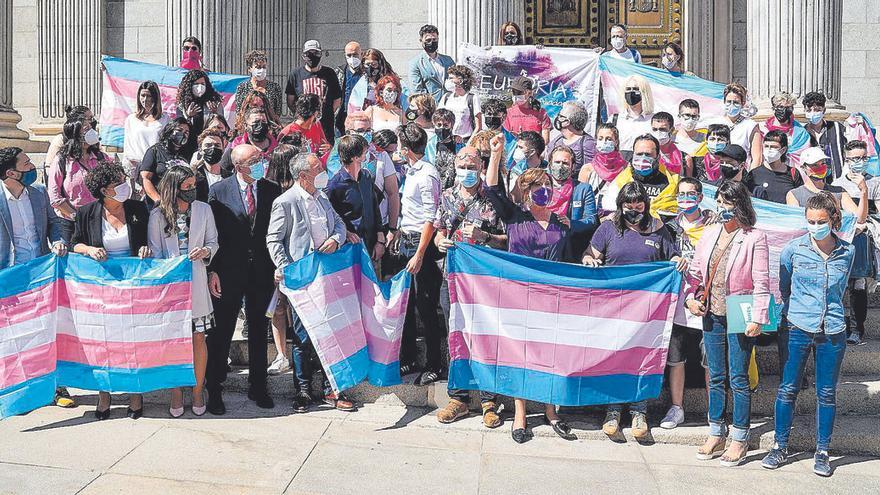 The draft recognizes that “every person of Spanish nationality, over 16 years old, you may request by yourself before the Civil Registry the rectification of the registration mention of your sex ", while those over 14 must be" assisted in the procedure by their legal representatives. " Neither one nor the other will require a medical endorsement or two years of hormonal training, as is now required. They will only have to ratify their intention on two occasions, within a period of three months, which means “depathologize the procedure ”, as stated in the explanatory memorandum of the standard.

Given the fear of a sector of feminism that some abusers ask to be recognized as women to circumvent the law against gender violence, the project indicates that "the rectification of the registration will not alter legal obligations that could correspond to the person prior to the registration of the registry change ”. Likewise, regarding the policy of dues, indicates that the interested parties "may not be beneficiaries of positive action measures adopted in favor of women" with respect to the situation prior to the modification.

The draft includes measures for the entire group LGTBI, although they have undergone modifications on the initial draft of Equality. Specifically, the text “prohibits the practice of methods, programs and therapies of aversion, conversion or counterconditioning aimed at modifying the orientation, sexual identity or gender expression, even if they have the consent of the interested persons ”. It also incorporates specific actions to promote equality of the collective in the fields of work, education, health, etc. given that, according to the European Agency for Fundamental Rights, 42% of LGTBI people have felt discriminated in 2020.

The LGTBI collective is also frequently the object of all kinds of attacks. 8% have suffered assaults in the last five years, often in classrooms, where half of the minors report having suffered bullying because of their sexual identity. To stop this situation, the law establishes protection or reparation measures for victims, as well as specific protection actions for minors, the disabled, migrants and other more vulnerable groups. And incorporates sanctions both for individuals and administrations, which can reach the 10,000 euros in the most serious cases.

The text contains a chapter for people intersex, which are those that are born with male and female organs. Genital modification in newborns is prohibited, except for medical indication, and parents are allowed, by mutual agreement, to request that the mention of sex appear in white for a year, to give them more time to have a better understanding of the sex to which the baby belongs.